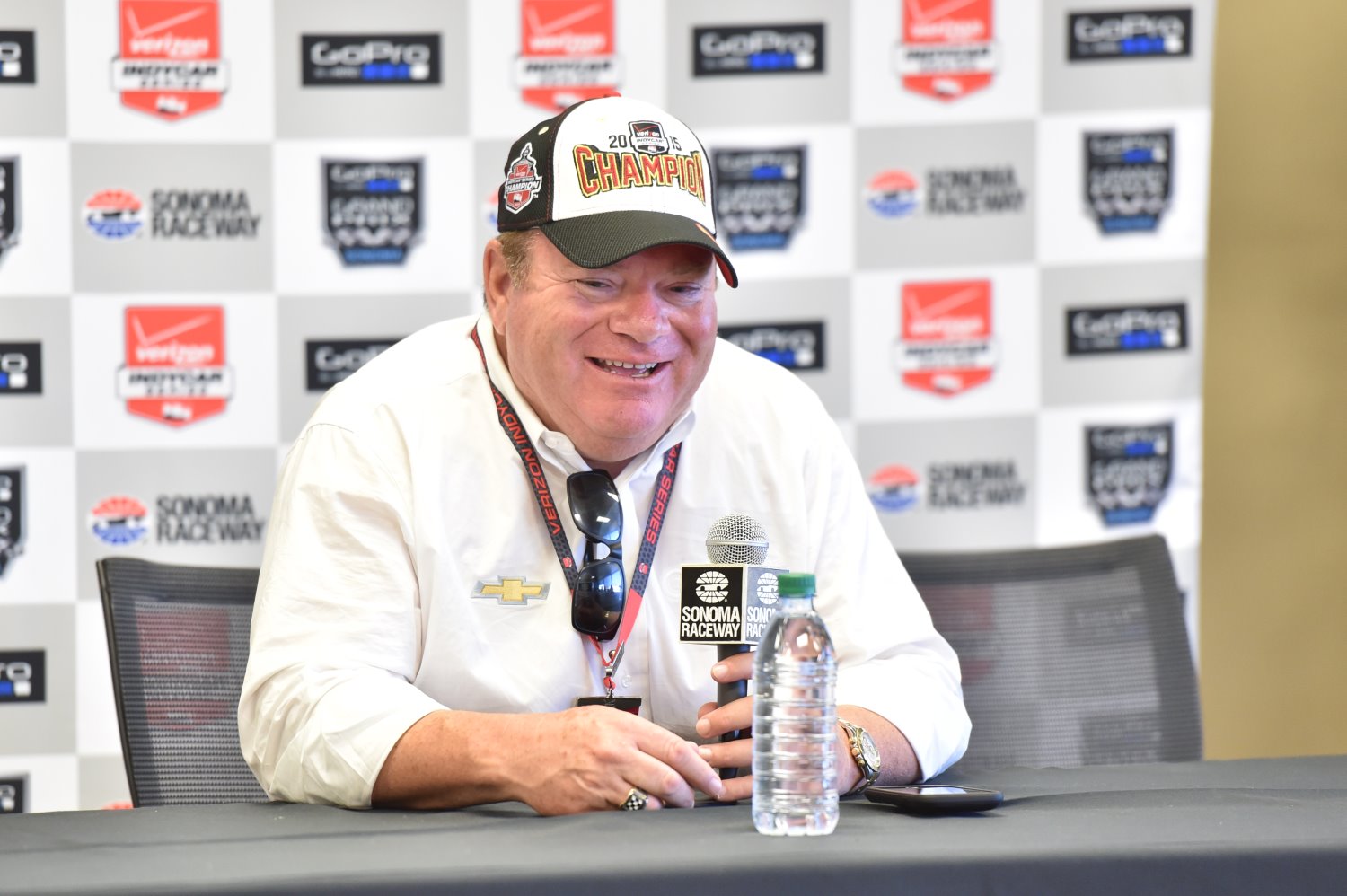 As you read exclusively on AutoRacing1 nearly a month ago (see below), Chip Ganassi Racing is considering starting an Indy Lights Presented by Cooper Tires team this coming season. CGR Managing Director Mike Hull confirmed this in speaking with another motorsports publication and once again showing that if you want the inside scoop on IndyCar you read AR1. This rumor is upgraded to 'strong.'

"We've had a driver who raced in Indy Lights this year come to us and ask if it would be possible to run them next year. That happened over summer, and we've been working on that prospect since then," said Hull.

"We really like where the series had taken itself with the new car, but what was most apparent was the caliber of driver coming out of the series. We had Sean Rayhall in our Indy car at the Sonoma test in August and he was fully prepared for the task in front of him. That really impressed us, and you could see the other young drivers were giving good accounts of themselves in the other cars they drove.

"We have one driver interested, so that's good, but now we'd need to find another driver, a funded driver, who wanted to run with Chip Ganassi Racing before we would consider moving ahead with anything."

Team Ganassi, of course, has a diverse racing empire with teams in Red Bull Global Rallycross, NASCAR Sprint Cup, TUDOR United SportsCar and the Verizon IndyCar Series. They are also adding the much-anticipated Ford GT program in 2016 that will contest the 24 Hours of Le Mans. However, the team has never run a Mazda Road to Indy program, and their participating in Lights would be a big boost to North America's premier open-wheel development series.

If it does happen, however, Hull made clear it would be as a "two-car program."

"It's a great development series and it gives teams and drivers a chance to get to know each other and possibly continue the relationship in IndyCar. I like what I've seen, and now we'll have to see if more interest comes in from a second driver."

AutoRacing1 is hearing that 11-time Indy car racing championship-winning team Chip Ganassi Racing is considering adding an Indy Lights program to its vast, ever-growing racing empire. No word yet on who the driver(s) might be or what exactly the team would look like. However, we hear it could happen as early as 2016.