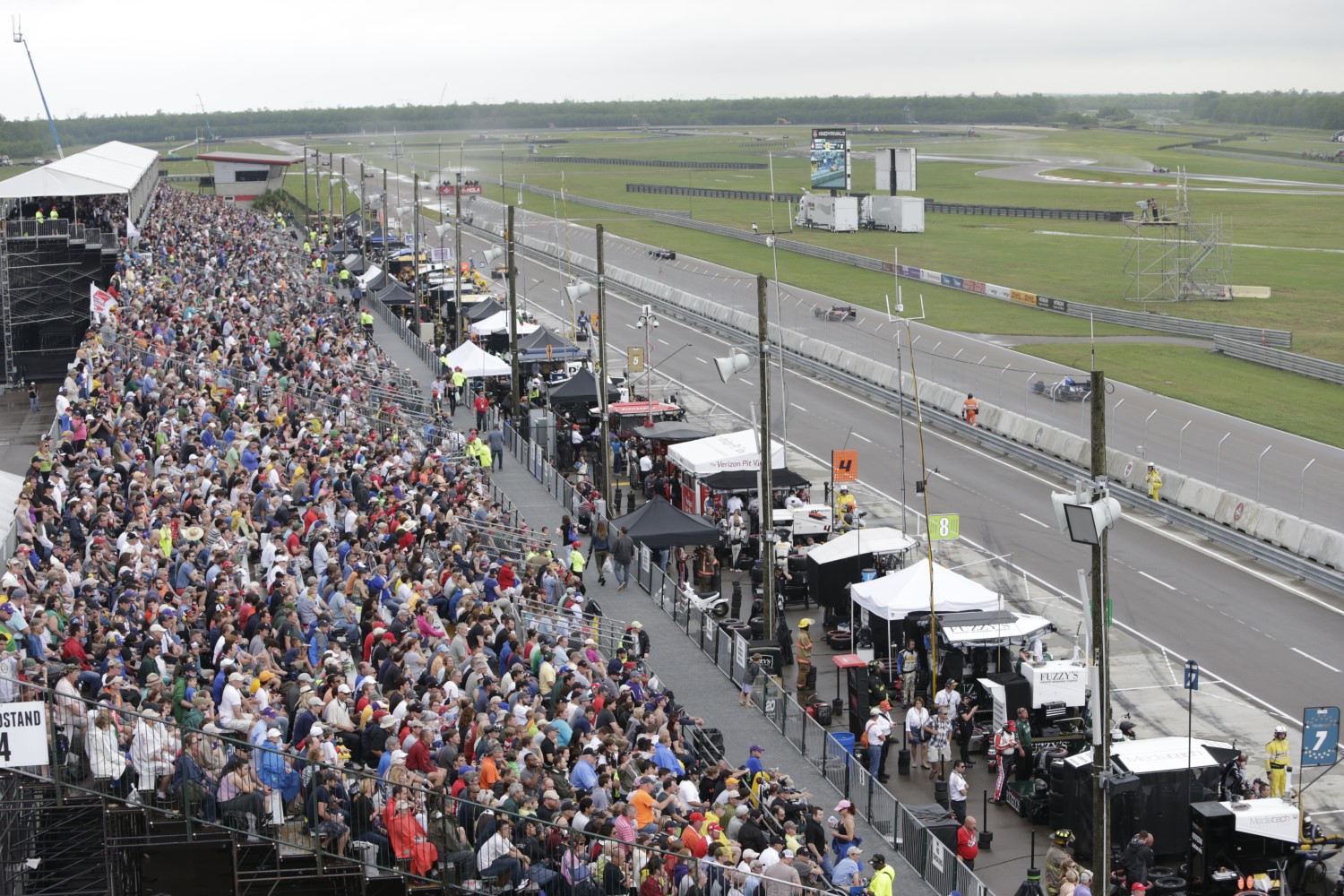 UPDATE This rumor is downgraded to 'false' with today's announcement that IndyCar will not be back at NOLA.

AutoRacing1 is hearing that the Indy Grand Prix of Louisiana held at NOLA Motorsports Park is looking for a March date in 2016. The contract with the track, series and event promoter Andretti sports Marketing runs through 2017, and the facility made a major investment to bring IndyCar to New Orleans.

Also, keep in mind that Easter next year is very early, March 27th. Ideally, the track would like to have the event tied in with Mardi Gras. This past year, the race was on April 12th, a week after Easter and compromised by poor weather and other events in town.

Perhaps, complicating matters will be that St. Pete – traditionally the last weekend in March – will need a date change due to Easter.

Still, if NOLA returns look for it to be sometime next March.