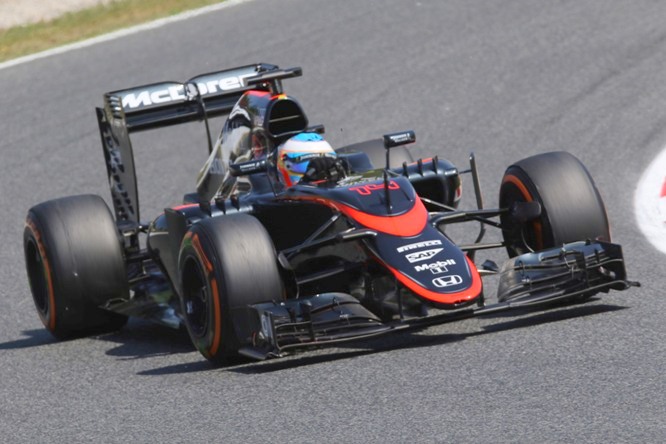 In its latest edition, published earlier this week, Autosprint said the move could be a way for the embattled Japanese manufacturer to prove its 2015 'power unit' is not as bad as many believe.

The news comes after the recent Italian grand prix, where insiders said an interview session featuring Honda's under-fire Yasuhisa Arai was one of the most 'brutal' in recent F1 history.

McLaren and Honda appear increasingly divided, as despite Arai's claims that the engine is better now than Renault's, Fernando Alonso's top speed at Monza was just 338kph — 16kph behind the leading Mercedes.

And Autosprint correspondent Cesare Maria Mannucci said Alonso's 338 was only a few kph faster than the 331kph recorded by GP2 driver Robert Visoiu.

Honda, however, could now be set to fight back against the claim that it is entirely to blame for McLaren's lack of pace.

The report said the Japanese are planning to install the turbo V6 unit to a chassis of Japan's premier open-wheeler series, Super Formula, and test it at Suzuka.

"The tests would be carried out in collaboration with the Mugen or Nakajima teams," Cesare Maria Munnicci claimed, explaining that the outcome might finally answer the question of "who is to blame" for McLaren-Honda's awful 2015.