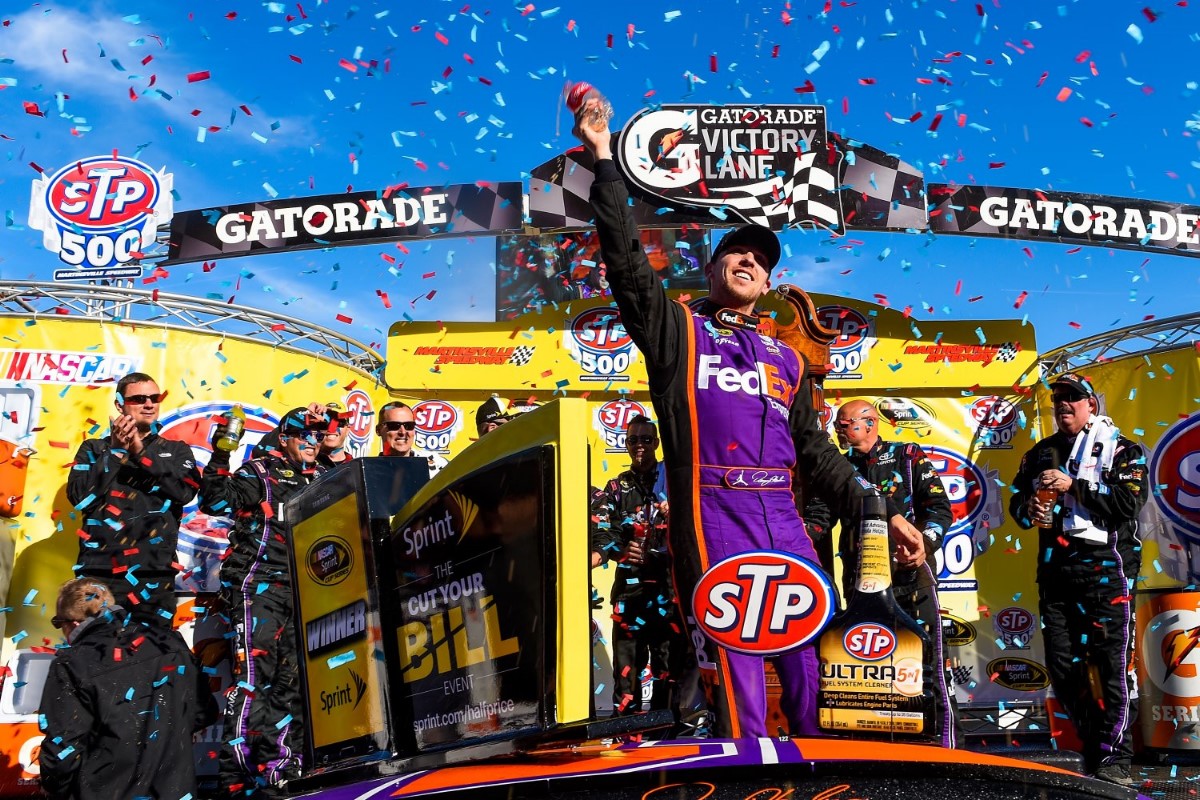 Denny Hamlin drove the Joe Gibbs Racing No. 11 glued to the bottom line in the final laps, holding off a late charge by Brad Keselowski in Sunday's STP 500 at Martinsville Speedway.

It's the Virginia native's fifth win at his home track and came after an emotional week for the JGR team as it was announced team president J.D. Gibbs is being treated for a condition affecting his brain function.

Hamlin led 91 laps, claiming the first win for Toyota since May 4, 2014 when he drove the No. 11 into Victory Lane at Talladega.

Chase Elliott's much anticipated Sprint Cup Series debut in the Hendrick Motorsports No. 25 was marred by contact that sent him to the garage. The 19-year-old raced 75 laps before sustaining rear-end damage and power steering trouble that required repairs. The No. 25 team got Elliott back on the track on Lap 141, scored 69 laps down at the time.

Dale Earnhardt Jr. had a rough day, as well. A severe vibration broke off three shifters before a wreck with Paul Menard on Lap 228 finally sent the Hendrick Motorsports No. 88 to the garage for repairs. He returned 47 laps down and minus front-end sheet metal.

Danica Patrick had a much better day, piloting the Stewart Haas Racing No. 10 to a seventh-place finish. That tied her with Janet Guthrie with the most top-10 finishes for a woman driver at five.

After a week off for Easter, the Sprint Cup Series heads to Texas Motor Speedway.