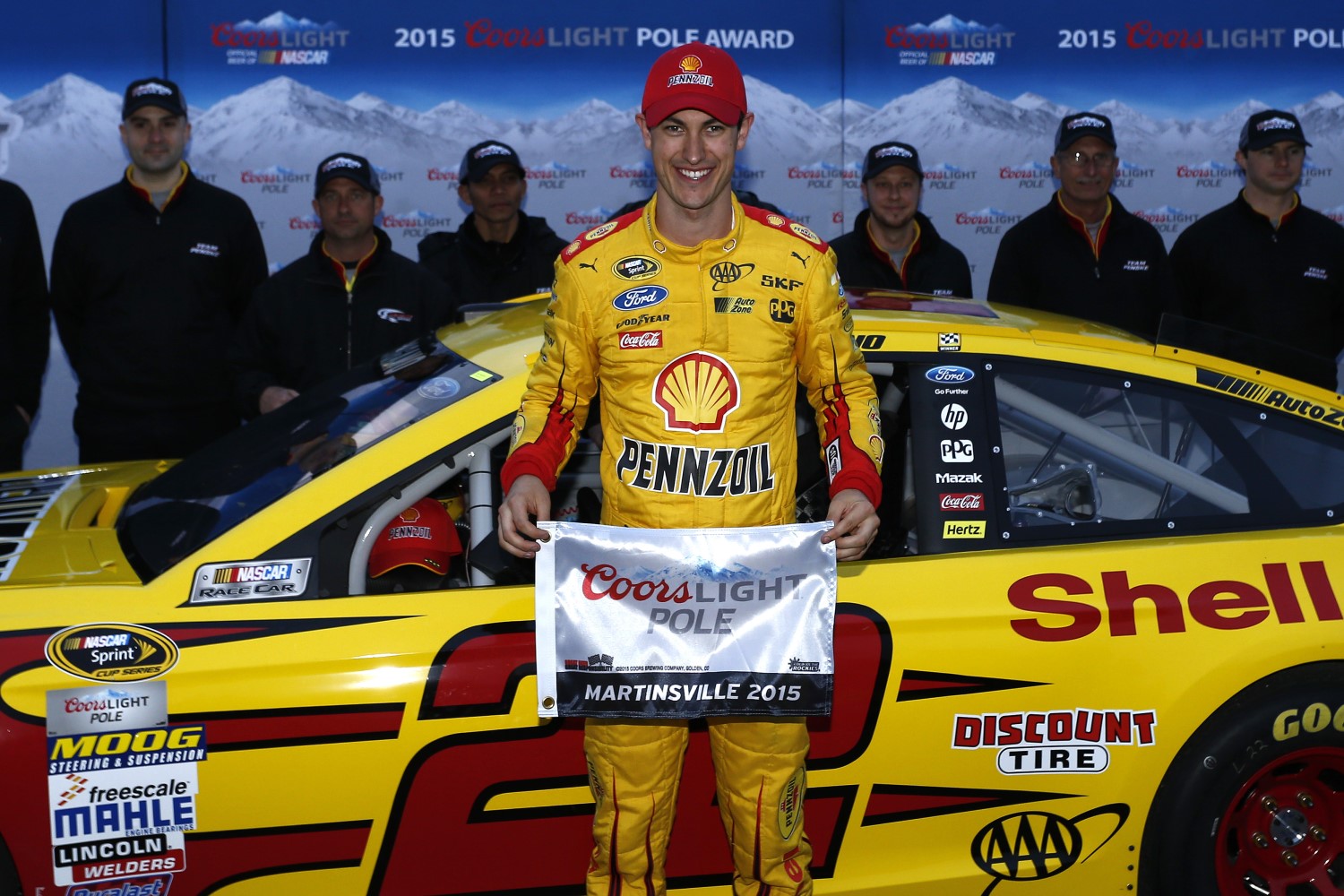 On Friday at the paper-clip-shaped track, Logano reversed the outcome. Though he failed to match his record of 100.201 mph, he saved his best lap for the final round of knockout qualifying in claiming the top starting spot for Sunday's STP 500 NASCAR Sprint Cup Series race (1 p.m. ET on FOX Sports 1).

Trailing Logano in the 27th starting position will be Chase Elliott, the heir apparent to Jeff Gordon's No. 24 Hendrick Motorsports Chevrolet, who qualified for his first Cup race, one of five starts he plans to make this year.

Logano covered the 0.526-mile distance in 19.232 seconds (98.461 mph) to win the 10th Coors Light Pole Award of his career, his second of the season and his first at Martinsville. Logano's Team Penske Ford edged the No. 31 Richard Childress Racing Chevrolet of Ryan Newman (98.328 mph) for the right to lead the field to the green flag in the sixth Sprint Cup race of the year.

Logano went out late in the second round and put just two laps on his tires in posting the eighth fastest time and advancing to the final round. Keeping laps off his tires was the factor Logano thought was decisive in winning the pole.

"I'm pretty sure we ran less laps than anybody going into the third round," said Logano, who ran five laps combined in the first two rounds, a number matched by Gordon. "That was the advantage that we had going for us, that we were able to see how many cars had run and know what we had to run to get into the next round.

"So in the second round, all we had to make was two laps, and we felt pretty confident about where we were. Keeping those laps off the tires was good."

As well as Logano has run in Martinsville time trials in the past, he was elated to add a pole to his list of accomplishments.

"It feels great to finally get the pole here. We've been close so many times," he said. "Throughout my career, I feel like we've always qualified well here but I've never been able to get a pole. I caught pretty much of a hard time about getting the track record here but not getting the pole here, so to have a pole to back it up feels great."

If Logano was delighted, Elliott was relieved that he had made the field—and that rain that had been forecast for the area failed to materialize in the afternoon.

"That was goal number one, to get in," Elliott said. "So it's definitely a big relief for us. We're excited. It's weird being excited about qualifying, wherever we qualified, 27th, but we're in the show, our first Sprint Cup Series race with (sponsor) NAPA on board. We're excited for Sunday."