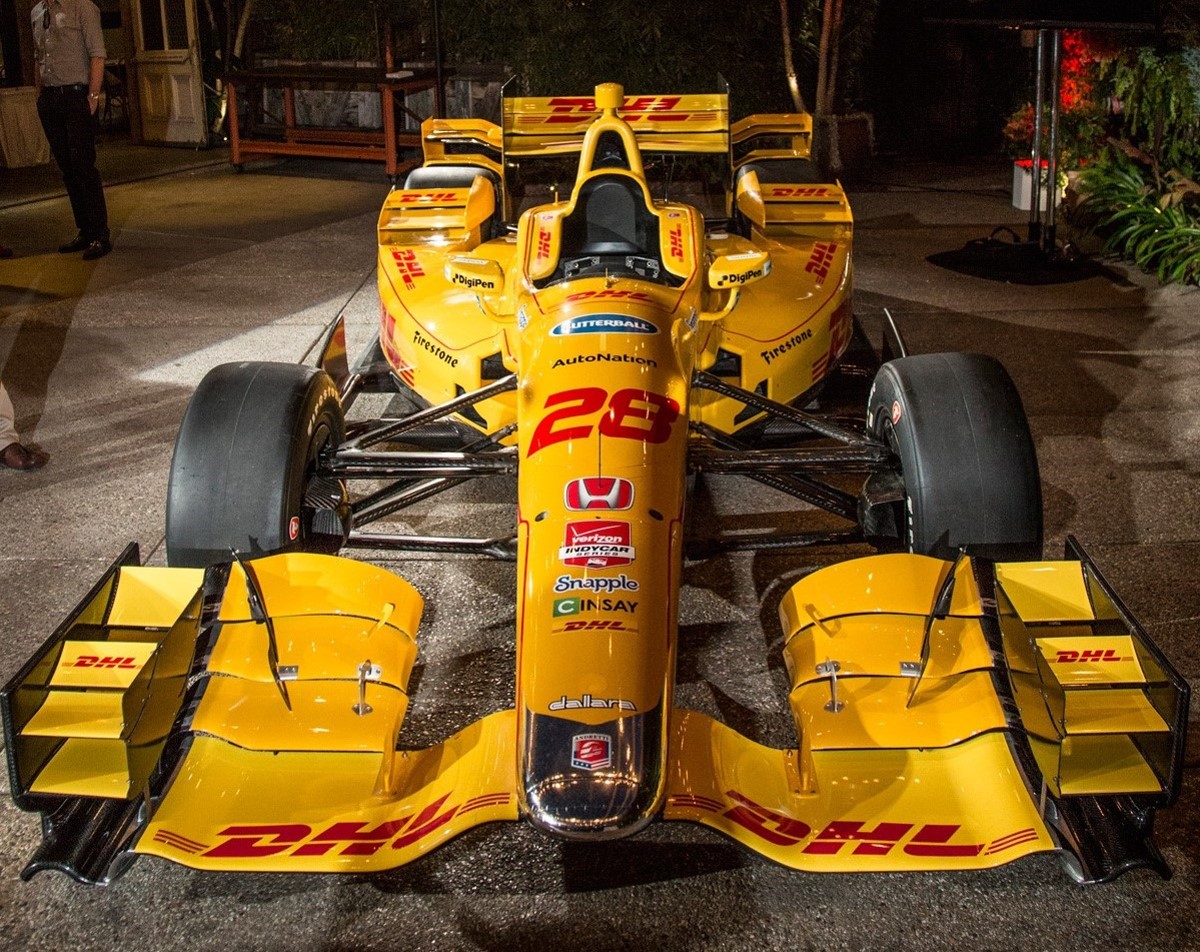 The aero kits are basically a collection of wings strapped on the same DW 12 chassis designed to make the cars look more appealing and slightly different for armchair fans. IndyCar is selling the new found speed as a positive, despite the fact that a one-second edge over last year's lap times cannot be detected from the grandstands with the naked eye.

The drivers are parroting the party line as well. "The aero kits produce so much more downforce and there's a lot of grip, so the cars are faster everywhere," reigning IndyCar series champ Will Power said. "I would expect to break lap records just about everywhere."

Ganassi driver Scott Dixon's comment was perhaps the most revealing. "Some of the corners here in the old cars were almost flat, and now they're flat out when you go through them."

As NASCAR proved years ago at the so-called "restrictor plate" tracks, racing does not improve when everyone can take the corners flat out. On the contrary, it becomes painfully boring. Passes are so common as to become meaningless, and are born of drafting rather than driver skill or mechanical superiority. In other words, it becomes more of a drafting parade and less of an automobile race.

IndyCar's version of flat out racing promises to be even less appealing than NASCAR's. As aerodynamic grip grows and tires become wider and stickier (from the increased downforce), the racing groove becomes ever more narrow and the braking zones shorten. As the racing groove narrows, and the passing zones shorten, the passing opportunities become more rare especially on the street and road circuits that comprise most of the IndyCar schedule.

Every decision made by IndyCar is a Band-Aid to cover up the unintended consequences of their last decision. Let's look at some recent history.

Spec cars created a series of evenly matched machines where no one could pass, so IndyCar responded with artificial gimmicks like the "push to pass" buttons and sticky "red" tires to create the illusion of competition.

The aero body kits generate more downforce and greater speeds. As a result, teams that don't qualify up front this season will be faced with the near impossible task of passing identical chassis that are evenly matched within a few tenths of a second on a racing groove that is made more narrow by higher speeds than we've ever seen.

Eventually, IndyCar is going to run out of Band-Aids. But the immediate future is not difficult to predict. In 2015, fans will hear exuberant praise about new track records and amazing new speeds while the product on the pavement does not improve, and may actually offer less passing than ever before.