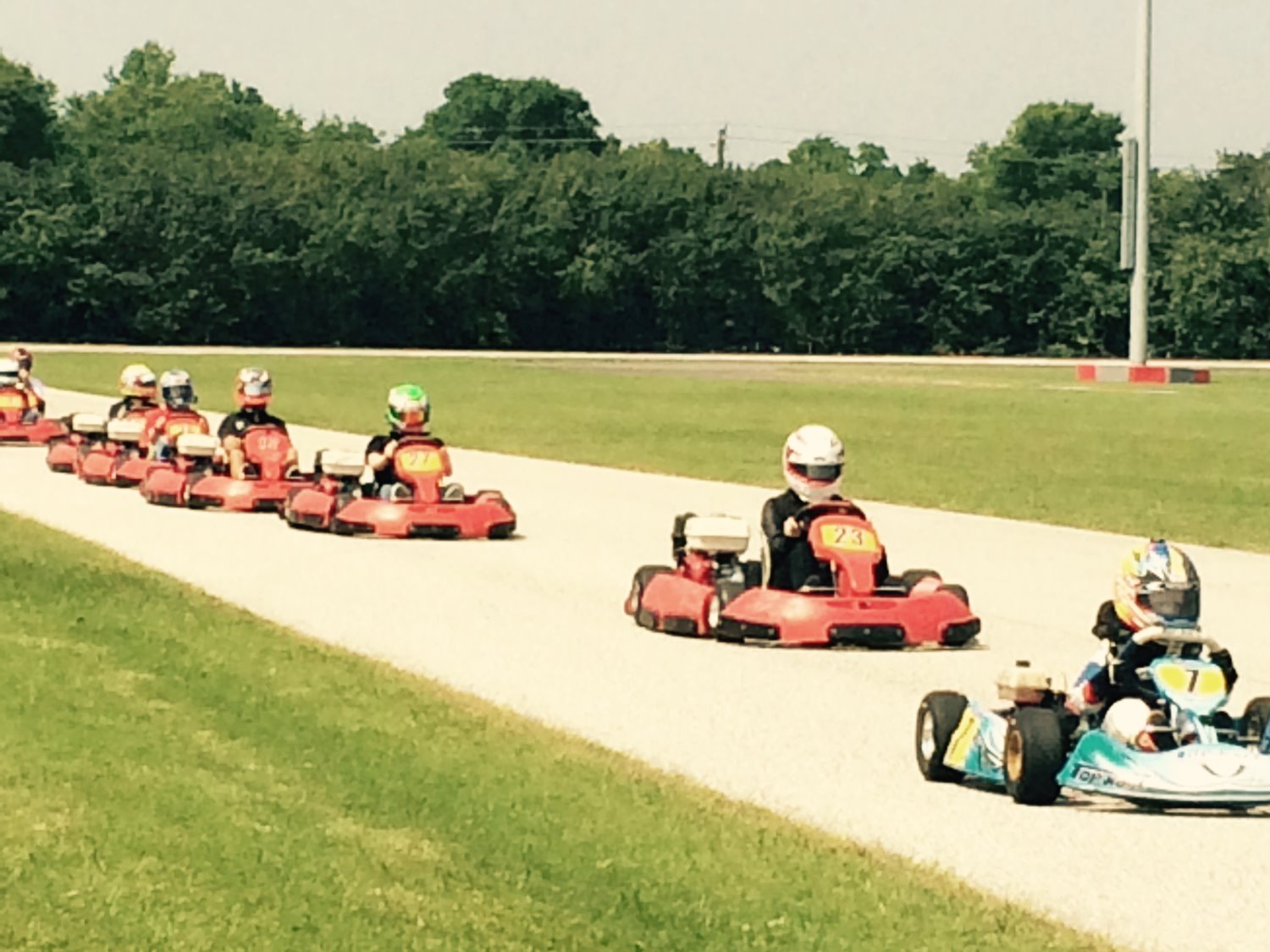 On Thursday Team AR1 took the number two spot on the podium at the Firestone Grand Prix of St. Petersburg, Fifth Annual Driver & Media Karting Competition – where professional drivers are teamed up with media staff for all-out bragging rights as a lead up to the IndyCar season opener in St. Petersburg, FL.

If you have been following the adventures of Team AR1 over the years, you know that we have been victorious every year since our first race in 2011. Even last year when we all were separated because of what some thought was an unfair advantage, (it seems our staff has learned a thing or two about racing from all the events we cover), two of our writers were on the podium (myself in P1 and Scott Morris P2).

This year there was yet another format change, and no complaints here. The new format was fair, and as far as this driver is concerned, much more fun! This year, the race consisted of six heat races within the event. After each timed heat, all teams entered the pit, came to a complete stop, changed drivers, and were once again given a green flag.

Perfect! No more insane driver changes where pilots jumped out of still moving karts in order to be back on track first. No, this time it was more like the much needed or much hated last minute caution that brings the pack together, and levels the playing field.

Team AR1 was led by Pato O'Ward along with returning drivers, Glenn Howell and myself, as well as newcomers John Earnest Sr. and John Earnest Jr.

The start of the race was once again lead by the pace kart driven by young Sebastian Weldon for two parade laps, what a thrill for all of us! After the pace kart left the track, a quick green flag was thrown and as you might expect of pro pilots in racing karts, they all fought for turn one as if a huge paycheck was waiting for the winner.

For heat two, AR1.com's John Earnest Jr. went out for his stint and fought his way to second place with a great run.

I took the third heat and on lap one, turn two, made a move to the lead and managed to lap two drivers.

AR1's Glenn Howell went out for the fourth heat and continued the charge spreading the lead even more, and then turned the kart over to John Earnest Sr. who managed to lap another driver.

So far so good, but wait, it only takes one slip up to change everything. As John was finishing his heat, he expected a one lap warning flag but instead got a furled finish flag.

Not realizing the heat had ended, he took a cool down lap and we were penalized. We had to start the final heat from the back! We thought we were done for sure, but as luck would have it, our pro driver Pato O'Ward did the best thing he could have done.

He let the egos fight and bump it out, casually but forcefully pushing through to second place and holding that position until the end. Here's the final standing.

So, what did I take away from this year's media event? The same as every year. The promoters, the pro drivers, the media, and the Florida dignitaries that attend this event all turn into little kids for a couple of hours! That's what it's all about, that's what motorsports are all about. As serious as it can be, it can also be that much fun, man and machine, the greatest thrill of all.

When Tampa Mayor Bob Buckhorn spun out and ended up in the grass during Thursday's mayoral go-carts challenge, he thought he knew the reason why: St. Petersburg Mayor Rick Kriseman must have sabotaged his brakes.

"That's the only way that he could win," Buckhorn said, joking.