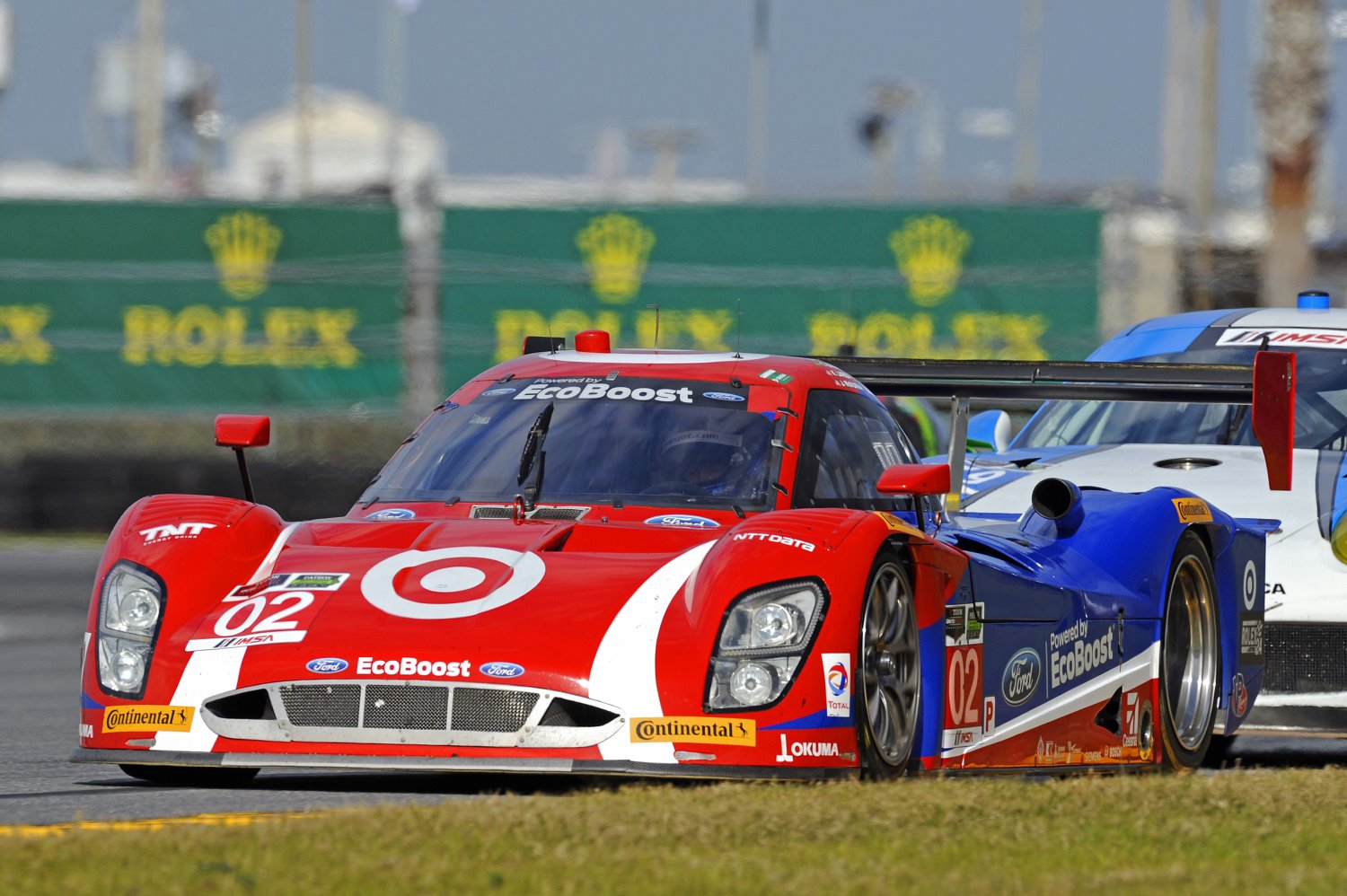 IndyCar drivers Scott Dixon and Sebastien Bourdais finished 1-2 in the 53rd running of the Rolex 24 at Daytona.

After 24 hours, 740 laps and 2,634.4 miles, the 2015 Rolex 24 at Daytona came down to an eight minute, 30-second dash to the checkered flag. In the final 10-minute sprint after a late caution caused by the crash of the PC leading Colin Braun's No. 54 Oreca, Bourdais closed on Dixon's Ford but came up 1.3 sec. short giving Scott Dixon and his teammates Tony Kanaan (IndyCar), Kyle Larson (NASCAR) and Jamie McMurray (NASCAR) the overall win.

With an international field of drivers in the field, Dixon's teammate Jamie McMurray from NASCAR, admitted IndyCar drivers were the class of the field with McMurray saying Dixon was the fastest driver on his team.

Moreover, McMurray's racing resume now includes wins in some of the country's biggest races -the 24 Hours of Daytona, Daytona 500 and the Brickyard 400.

McMurray also joined IndyCar legends A.J. Foyt and Mario Andretti as the only drivers to win the Daytona 500 and 24 Hours of Daytona.

Antonio Garcia brought the No. 3 Corvette home first in the GTLM class over Dirk Werner's BMW Z4 while the No. 52 Oreca won the PC class. The No. 94 Dodge Viper won the GTD class.

IndyCar star Scott Dixon drove the closing stint in the Ganassi car, carrying his three teammates – fellow IndyCar driver Tony Kanaan and NASCAR racers Jamie McMurray and Kyle Larson – to the Prototype class and overall win. Dixon has won the race before in a Ganassi car, but it's the first win for Kanaan, McMurray and Larson. The victory makes Ganassi the winningest team owner in the history of the race — this is his sixth win in 12 starts.

"It's such a team effort here," Dixon said. "We kept the car clean, tried to look after it as much as possible. It's great to get back here for Team Target and Ford EcoBoost. I'm just stoked for the whole team."

Sebastien Bourdais drove the closing stint in the Action Express car, taking a solid, but still disappointing, second with teammates Christian Fittipaldi and Joao Barbosa. The good news for the team: They are running for the season championship, but the No. 02 Ganassi car isn't, so the Action Express car has a good jump on another season championship in the TUDOR United SportsCar Championship.

Third was the Corvette DP of Wayne Taylor Racing, with brothers Ricky and Jordon Taylor sharing the car with veteran Max Angelelli. A late-race driver change put the car behind, and it ended up one minute and seven seconds back. The fourth-place Prototype was six laps back, so it was definitely a battle between the top three finishers.

The Wayne Taylor Racing Corvette DP had to settle for third after an unprepared Ricky Taylor had to step in for brother Jordan.

[adinserter name="GOOGLE AD"]"I was not happy to get back in the car," Ricky Taylor said.

The seven minute, 30-second dash to the end was created by a crash, and then a fire, in the class-leading Prototype Challenge No. 54 CORE autosport Chevrolet-powered ORECA FLM09, which was being driven by Colin Braun.

Braun said he was forced off track by a slower Daytona Prototype car, which apparently damaged the rear suspension. He tried to limp the car back to the pits, "but I think the suspension collapsed," and he "hit the wall pretty hard."

The car then caught fire, but Braun escaped without injury.

That left the door open for a Prototype Challenge win by the No. 52 PR1/Mathiasen Motorsports car, driven by Tom Kimber-Smith, Andrew Palmer, Andrew Novich and Mike Guasch. Kimber-Smith was driving at the end, and he said he was "definitely surprised" at the opportunity created by Braun's crash.

The GT Le Mans class race was another close one, with the No. 3 Chevrolet Corvette C7.R taking the win and a surprising fifth overall, just 0.478 seconds ahead of the No. 25 BMW Team RLL BMW Z4 GTE. Antonio Garcia drove the winning Corvette home, sharing the ride with Jan Magnussen and Ryan Briscoe.

For Magnussen, a former Formula One driver, the victory was proof that persistence pays.

"I've tried to win this race 11 times," he said. This time, "we stayed out of trouble, made no mistakes, had no damage to the car, and had great pit stops."

In GT Daytona, the No. 93 Dodge Viper SRT finished first in class, 13th overall, 7.6 seconds ahead of the No. 22 Alex Job Racing/WeatherTech Porsche 911 GT America. Dominik Farnbacher co-drove the Viper with Al Carter, Kuno Wittmer, Cameron Lawrence and team owner and Viper dealer Ben Keating. Since the factory-backed Dodge Viper team ended its racing program after the 2014 season, Keating said it was important to bring the car back to the Rolex 24.
"This one is for the Viper nation!" Keating said.

Fifty-three cars started the race, which ran under clear, cool skies after a heavy rain ended Saturday morning prior to the start. Race pace was faster than 2014, the first year for the TUDOR Championship, when the winning car completed 695 laps, compared to 740 this year.

With his first win, Jamie McMurray joined AJ Foyt and Mario Andretti as the only drivers to win the Daytona 500 and the Rolex 24 At Daytona.

This marked the second Rolex 24 At Daytona win for Scott Dixon (2006, 2015), and the first for Tony Kanaan in just his second start with CGRFS

This marked the first Rolex 24 At Daytona win for Kyle Larson in just his second Rolex 24 start.