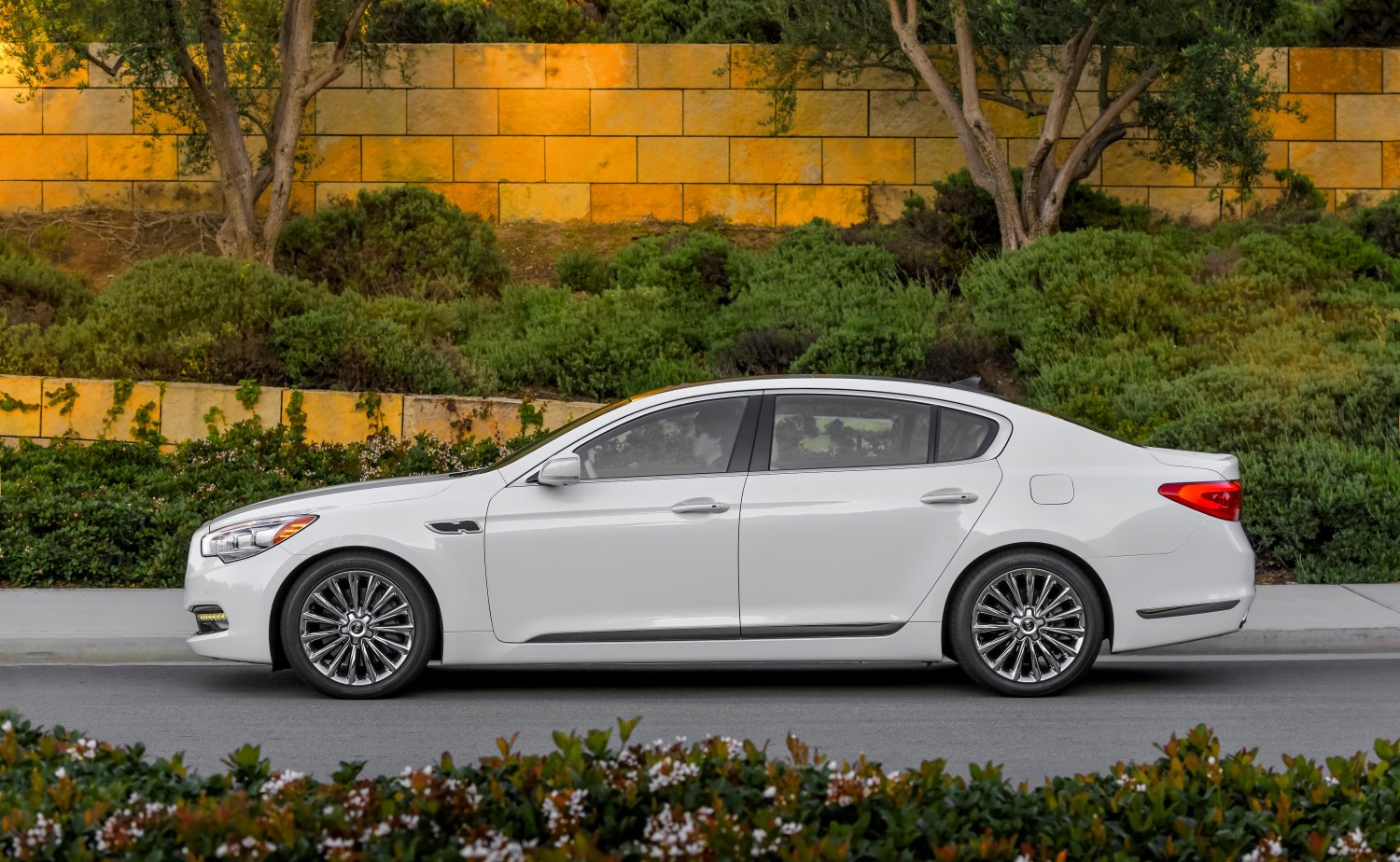 Kia has come a long way since their humble beginnings. The best evidence is the new Kia K900, a car so luxurious that many European luxury car makers should be getting nervous. "This year marks Kia Motors' 20th anniversary in the U.S. market, and the all-new K900 is a symbol of how far the brand has come and the next bold example of the challenger spirit that has benefitted Kia over two decades of growth and maturation," said Michael Sprague, executive vice president of sales and marketing, KMA.

"Kia's rise over the last five years has been fueled by a willingness to challenge the status quo with vehicles such as the Optima, Sorento and Cadenza, which have brought new and more affluent customers to our showrooms and dramatically raised the profile of the brand while maintaining our value proposition. The K900 is the next logical progression for Kia. It demonstrates what Kia is capable of and will help redefine what the Kia brand stands for."

[adinserter name="GOOGLE AD"]The K900 is basically a Hyundai Genesis sedan underneath which is a great thing. The styling is different and is conservative. Our V8 model came standard with adaptive LED headlights. With 16 LED bulbs the beams, which adjust to follow the bends in the road, shimmer beneath crystal clear lenses. Soft-glow LEDs frame the multi-faceted headlights.

Mounted low and at the far corners of the nose are sleek LED daytime running lamps and LED fog lights. Similar use of LED technology can be found at the rear of the K900. The trapezoid taillights offer defused LEDs for the brakes and bright LEDs for the turn signals.

Speaking of wind noise, it is virtually eliminated in the K900. The interior of the K900 is amazingly quiet even at freeway speeds. You feel like you are totally encapsulated from the rest of the world and sometimes we felt the urge to roll down the window to get a better feel for the outside world. The three-spoke leather-wrapped steering wheel is substantial and features controls for audio, cruise control, entertainment, and vehicle information.

It was also heated on our V8 K900 and our V8 also had very soft Nappa leather seats. Genuine walnut (with black Nappa leather) or poplar (with white Nappa leather) wood trim sweeps across the dash and door panels, beautifully complementing the richness of the interior. The front seats feature standard multi-stage heating and ventilation for individualized comfort in all climates.

The K900's executive-class accommodations continue at the rear of the cabin. Standard features include multi-stage heating for the outboard seats. Accessing a panel within the center armrest, rear-seat passengers also have the ability to control the vehicle's ventilation system and may even fold the back cushion of the front passenger seat forward with the touch of a button. K900 passengers may also operate the standard power rear window sunshade and retractable rear side window sunshades. full-length panoramic roof with power retractable sunshade is standard on all V8 models.

Driving the K900 is less exciting that all of the high grade standard features. The K900 comes with a 5.0 liter gasoline direct injection engine that puts out 420 hp at 6400 rpm. The engine is coupled with a super smooth 8 speed automatic transmission.

[adinserter name="GOOGLE AD"]The V8 moves the 4500 K900 with authority and the car is pretty quick in a straight line. The suspension is tuned for absolute comfort and even switching the console switch to sport mode does not turn the K900 into a sports car. The suspension is so soft that enthusiastic drivers will hate this car. It just does not like to be pushed to do anything.

Driving this car is about smoothness and quietness. Just enjoy the ride and listen to the 900 watt Lexicon high fidelity audio system that sounds fantastic. The Lexicon system features a trunk-mounted 12-channel digital amplifier, 17 speakers, including a center channel and an inverted subwoofer located in the rear parcel shelf. The inverted design helps minimize encroachment into the trunk.

The K900 starts out at $54,500 and our top of the line Luxury version was $59,900. Unlike the Europeans that nickel and dime you to death with options, there are very few options and the Luxury version has pretty much everything that you would want. That is a great deal compared with the competition that can cost twice as much.