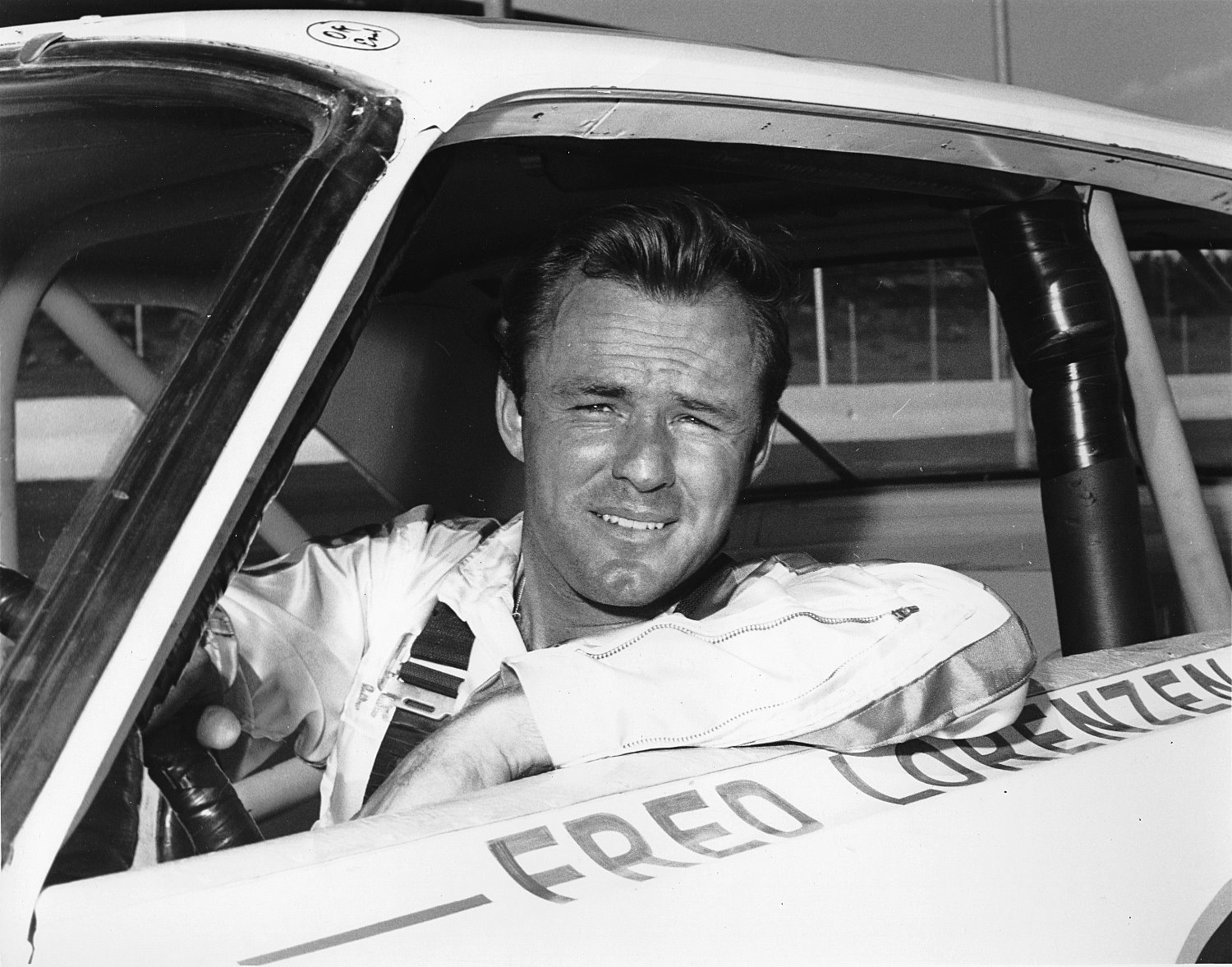 The Elmhurst, Illinois, native never ran a complete season, his Holman-Moody Ford team choosing only to compete in the schedule's most prestigious events.

But when Lorenzen did buckle into his white, No. 28 Ford, it could be argued the rest of the field was running for second place. He was the "Golden Boy."

Lorenzen retired after the 1967 season, made a brief return in 1970-72 but left many – including himself – wondering what could have been.

"I quit way too early," Lorenzen said in a 1985 interview with Circle Track magazine. "I was good for another five or six years. I was at my prime, but I'd won about everything there was to win and I had plenty of money.

"I was sick with stomach ulcers and I was tired of living out of a suitcase. Most of all the spark was gone; the candle was out."

Petty, quoted in the same Insider Racing News.com article, said, "Fred Lorenzen was total concentration before, during and after the race."

Lorenzen also was among the first "outsiders" to capture the fancy of the partisan southeastern crowds following NASCAR premier series competition. Lorenzen was named the circuit's Most Popular Driver in 1963 and 1965.

The Chicago Tribune's David Condon wrote similarly in 1964. "If there is one athlete in America who is as wholesome as (baseball's) Stan Musial, it has to be stock car racing's Fred Lorenzen from Elmhurst, Illinois. Fred is the All-American hero."

"He was good-natured and got along with everybody," said fellow competitor and Daytona 500 winner Marvin Panch.

[adinserter name="GOOGLE AD"]Lorenzen, born Dec. 30, 1934, followed racing from an early age once setting up a tent in his family's backyard so as to listen to a broadcast of the Southern 500 without interruption. He built a miniature car out of spare parts at age 13, a washing machine motor-powered contraption that was confiscated by police for being too fast.

Moody called on Christmas Eve 1960 to offer a mechanic's job – and the possibility of driving. Lorenzen accepted and couldn't believe his good fortune.

"It was like walking into a diamond factory," he said of the team's shop and resources in a 2009 interview with the broadcaster TNT. "I had the best of everything. When you've got it all, it's easier to do."

Lorenzen won three times in 1961 including Darlington Raceway's Rebel 300 in which he out-foxed NASCAR Hall of Fame nominee Curtis Turner with two laps remaining to earn the nickname "Fearless Freddie." Mirror driving the second-place Lorenzen, Turner repeatedly blocked the high side of the one-groove track. Lorenzen faked a high pass and shot under the not-pleased Turner.

"That race was extra special because the track is so very, very special and because I was able to beat Curtis Turner," said Lorenzen in an interview with the Charlotte Observer's Tom Higgins. "You've got to remember that for a kid like me, names like Curtis Turner, Joe Weatherly and Fireball Roberts were hero stuff."

His best season was 1963 when he finished with six wins, 21 top fives and 23 top 10s in 29 starts. Despite winning 26 races that season, he finished third in the standings.

Lorenzen started just 16 races in 1964 but won eight times including five consecutive starts. During that stretch, he led 1,679 of the possible 1,953 laps, one of the most dominant runs in NASCAR history. A year later he won two of NASCAR's major events – the Daytona 500 and World 600 at Charlotte Motor Speedway.

In retirement, Lorenzen became a successful Chicago real estate developer. He was named one of NASCAR's 50 Greatest Drivers in 1998. He was previously enshrined in the National Motorsports Press Association and International Motorsports halls of fame and Motorsports Hall of Fame of America.