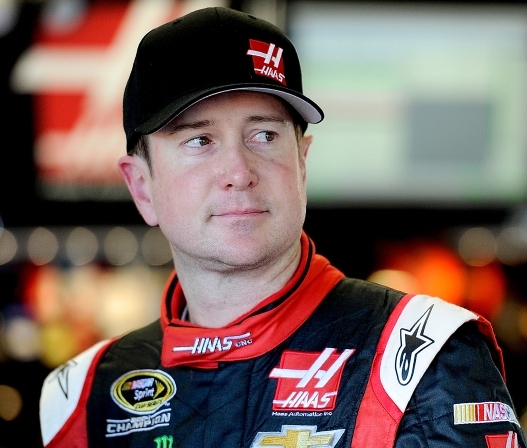 There is no issue so grave or problem so serious that government cannot make it worse. Exhibit A, the current courtroom clown show surrounding NASCAR driver Kurt Busch, who stands accused of domestic battery against his former girlfriend, Patricia Driscoll.

Early testimonies seem to be confirming what rational people suspected all along. Witnesses testified that Busch suffers from depression, has a lousy temper and a worse attitude, while Driscoll is a war profiteer who claims to "own Washington" and boasts of having worked as a government assassin (even if it were true, wouldn't most people have the decency to be ashamed?).

Hey, I got no dog in this fight. I'm just reading the court hearing transcripts and the picture isn't pretty on either side. Which leads us to Reason Number One – if you're looking for a paragon of virtue, good sense and morality, there may not be one in this fight.

Driscoll admitted under oath that it was she who deliberately trespassed by entering Busch's motor home without permission on the day of the alleged altercation. Yet in a bizarre reversal of reality, she has now requested a restraining order against him.

At the same time, Driscoll is asking the court to threaten Busch into undergoing a psychiatric evaluation over a crime that he has not yet been found guilty of committing. This leads us to Reason Number Two. Six hundred years of English law requires every person to be held completely, entirely innocent until proven guilty beyond any reasonable doubt. That means any and all allegations are presumed false, even against people we don't particularly like.

Yet consider for a moment the press release issued by Busch's former sponsor, the Armed Forces Association (AFF), which read, "Given the serious nature of the allegations, the foundation has suspended its association with Mr. Busch."

[adinserter name="GOOGLE AD"]Forget the ironic and telling fact that Driscoll herself is president of the AFF (you really can't make this stuff up). Just examine the text of that statement – "given the serious nature of the allegations." With low voices and somber frowns, NASCAR also claims to "recognize the seriousness of this matter" while Stewart-Haas Racing claims to be taking things "very seriously."

Wait a minute. Are other crimes not serious? And why would the alleged "seriousness" of the accusation matter when we are required to assume that all allegations 'serious, frivolous and everything in between' are false until proven otherwise?

Which brings us to Reason Number Three. Avoid taking sides in this fight to avoid looking dumb later. NASCAR has barely wiped the egg off their faces from allegations against Jeremy Clements and A. J. Allmendinger, both of whom garnered wide public support despite being painted as sinister villains.

Granted, the likelihood of Busch coming out of this intact is minimal compared to the previous examples, but the point remains that the series is coming under increasing scrutiny. NASCAR can no longer rely on race fans to be mindless automatons who believe whatever they read in the few struggling mainstream newspapers that remain in print.

Maybe I'm reading this all wrong. Perhaps both of these people are completely misunderstood and will soon begin new careers as Sunday school teachers. But so far, I'm inclined to sit this one out.