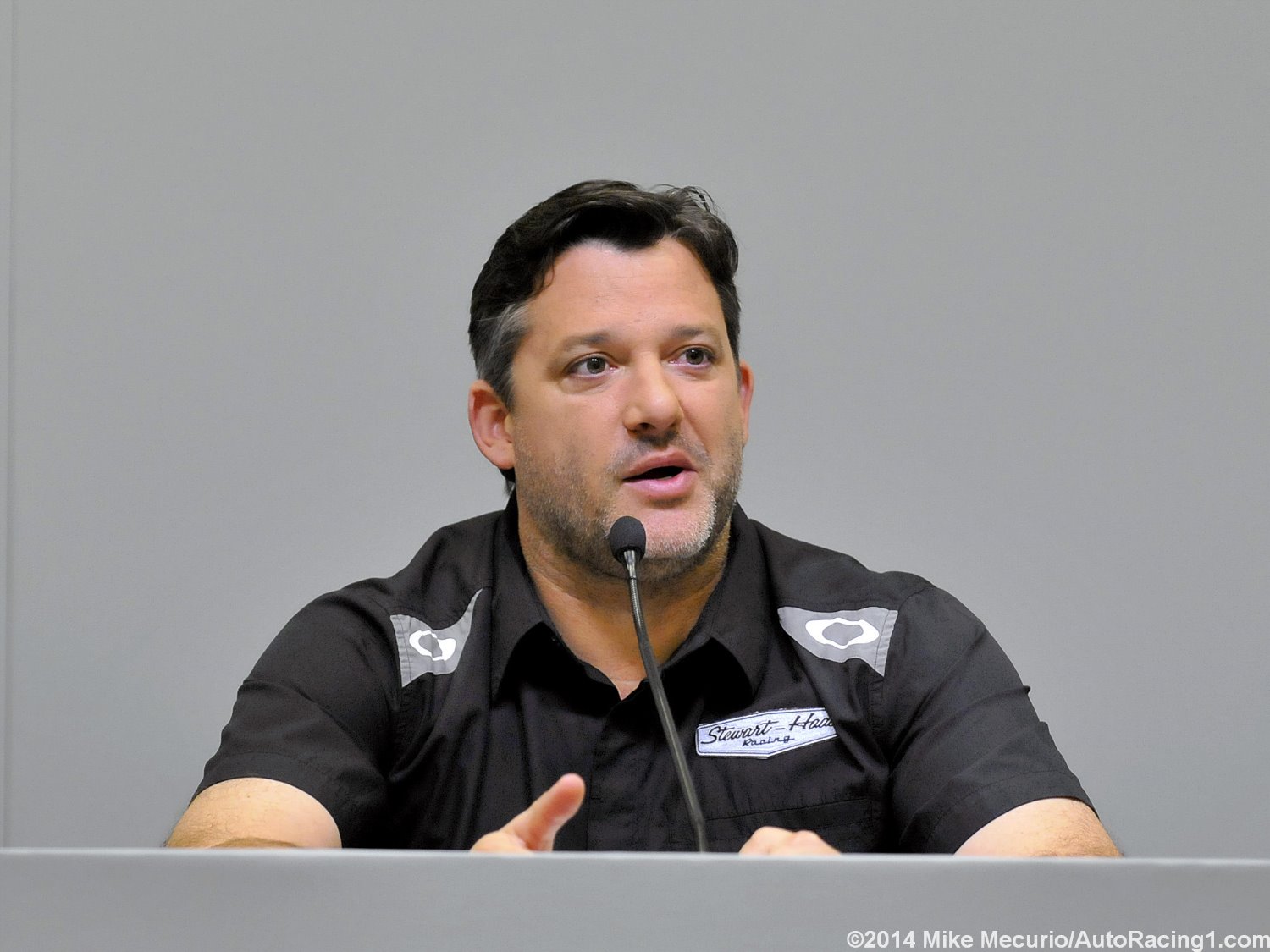 Tony Stewart addressed the media on Monday for the first time since a New York grand jury cleared him of any criminal wrongdoing in the death of driver Kevin Ward Jr. during a sprint car race at Canandaigua Motorsports Park on Aug 9.

Less than a week after a New York grand jury cleared him of any criminal wrongdoing in the death of driver Kevin Ward Jr., NASCAR Sprint Cup driver Tony Stewart met with the media on Monday morning from his team's facility in Kannapolis, N.C.

Ward, 20, was killed in an accident during a sprint car race at Canandaigua Motorsports Park on Aug 9. Stewart, on a break following Sprint Cup activities at nearby Watkins Glen International, was racing against Ward when Ward hit the outside wall in turn one. Ward then exited his car walked down the racetrack, gesturing at Stewart when he was struck and killed by Stewart's car.

In the days and weeks following the accident, Stewart had been the subject of countless new stories and social media posts, all the while Stewart sat silently on the sidelines, reclusively avoiding everyone.

"I didn't really do much of anything to be perfectly honest," said Stewart. "I think the first three days that I was home I really didn't do anything. I didn't get out of bed. I didn't care if I took a shower. It's the first three or four days I didn't want to talk to anybody. Didn't want to see anybody, I just wanted to be by myself.

Stewart admits it was hard to shut out all the media reports in the immediate aftermath of the accident, including some of the more negative opinions about what had happened.

"I tried to do my best to insulate myself from that," said Stewart. "But I finally started reading what was out there and what people were saying, and you didn't control that. Last Wednesday the facts came out and people still through the weekend, some people that had the same opinion before the facts came out still have the same opinion, no matter what side they think about.

"To me it's worthless to pick sides. A young man lost his life, and I don't care what side you're on, it doesn't change that. His family's in mourning. I'm in mourning. My family is in mourning. Picking sides isn't solving or fixing anything….it's not going to make anybody feel any better about it.

Despite being cleared of criminal charges, Stewart still faces possible civil litigation from Ward’s family, and there are still questions concerning Ward’s involvement in the accident, based on toxicology reports made public by Ontario County (N.Y.) District Attorney Michael Tantillo that Ward was under the influence of marijuana at the time of the incident.

For Stewart, the fact that Ward might have been impaired means little in light of what happened.

"Honestly, for me, it didn't change anything. To me a young driver lost his life," said Stewart. "Didn't matter why or what was going on. The end result was the same. No matter what was said, it was still a tragic accident. I just know in my heart that it was a hundred percent an accident; that detail didn't mean anything to me personally."

Stewart has yet to return to racing sprint cars, something he’s done in his off time since the start of his NASCAR career, but never considered retiring from racing altogether.

"There was never a thought in my head about stopping. That would take the life out of me," said Stewart.

After initially sitting out the next three Sprint Cup races following the accident, Stewart finally returned to the driver’s seat at Atlanta on Aug. 31, where the fans welcomed him with a standing ovation during driver introductions.

"At first I thought I accidentally walked out in Dale Jr.'s spot, but it was very overwhelming," said Stewart. "I'm glad I had sunglasses on. But it was probably the most flattering and humbling part of my career was to walk out there and have that kind of reception."

The hardest part, said Stewart, was being away from the track, his teammates and friends, and said going back to the track again therapeutic for him

"It's been hard for me to function day-to-day. There hasn't been anything normal about my life the last seven weeks, so it's been very hard to try to do anything to be productive to help those guys. You try to be a cheerleader, you try to keep them pumped up about what they're do being, but other than that, I haven't been able to contribute too much."

Stewart says that although being back at the track has helped him pull through all this, what happened at that small dirt track in upstate New York will be with him for the rest of his life, but his passion for racing remains the same

"I don't think your passion ever goes away," Stewart said. "That's the great thing about getting back in the race car because it gives me time to forget about it for a minute and to stop thinking about it. After you get done at the end of the day, you start thinking about it again. It's not something that goes away. It will never go away. It's always going to be part of my life the rest of my life. That's the unfortunate part.