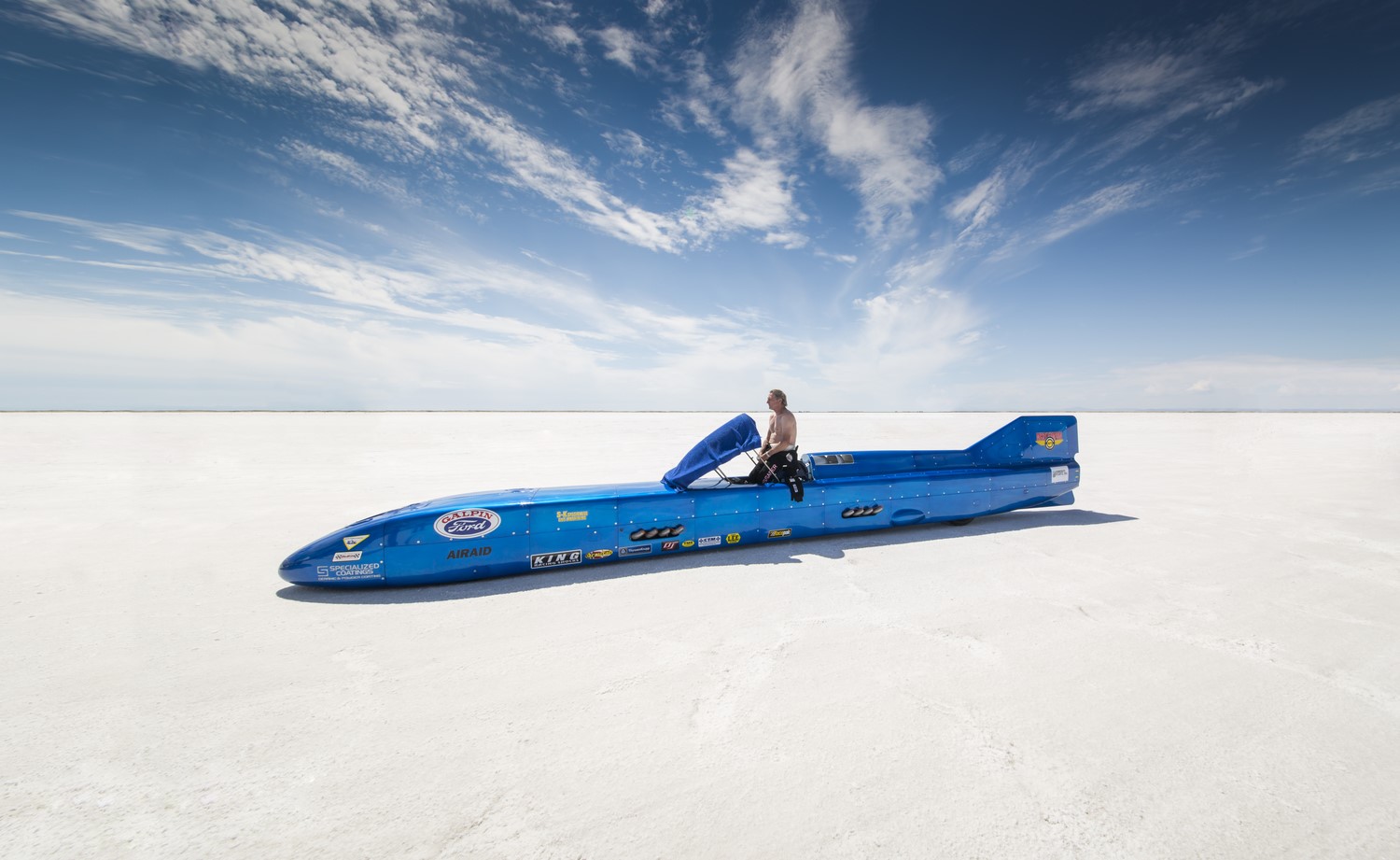 Racing is full of unfinished business. For Mickey Thompson, the famed driver and innovator, it was breaking the piston driven world land speed record. He came achingly close in 1960 with the Challenger I, but broke down on the return run. He struck back in 1968 with the Challenger II, but was foiled by a rainstorm which turned the track at the Bonneville Salt Flats into a lake. After his retirement from racing in 1988, he partnered with his son Danny Thompson to make another attempt. Their collaboration was tragically cut short when Mickey and his wife were murdered.

On the 50th anniversary of his father's original 406mph run, Danny removed the Challenger II from storage and brought it to his Huntington Beach shop. Untouched for more than 40 years, he began the extensive process of restoring, retrofitting, and updating the vehicle. Danny wants to lay his father's business to rest. For him, that means using the Challenger II, a vehicle that hasn't run since 1968, to break a world land speed record.

When the Challenger II was originally constructed in 1968, Sports Illustrated declared it "a rolling textbook in sophisticated automotive design." Decades later, observers of its brief practice runs remained convinced that it was the fastest naturally aspirated vehicle ever built. As we restore the liner, it’s outward appearance will remain largely unchanged. Certain modifications must be made to comply with modern safety standards (we can no longer, for instance, deploy the parachutes by blasting off a section of the rear wing with compressed air), but we are using the same chassis, the same aerodynamics, and the same hand-formed aluminum skin.

Rather than Ford 427s, the contemporary vehicle is powered by a pair of dry block nitro-fueled Hemi V8 engines in an all-wheel drive configuration. Overall horsepower will approximately double, from 600 front engine and 1200 rear engine, to an even 2000 per. Twin three speed gear boxes will link the two engines together and counterbalance output, a marked improvement over the original "split gas pedal and Mickey’s intuition" mechanism. The front of the car will house two 30 gallon aluminum fuel tanks that will hold just enough nitromethane for one full speed pass. The total curb weight will approach 5200 pounds.

The streamliner is four wheel drive. Each engine drives one set of wheels. The drivetrains mirror each other exactly, so the front engine is actually mounted backwards in the chassis.

The car's skin is made-up of 68 hand formed aluminum panels. They are connected to the subframe via Dzus buttons.

The engines are dry blocks (waterless), which means all of the cooling is provided by the fuel. A single run will consume around 50 gallons of nitro/methanol blend. As a result, the car's weight drops by 500 pounds over the course of a run.

The tires are a prototype nylon weave backed with banded steel. There is only 1/32 of an inch of rubber. Any more would spin off due to heat and expansion. They are custom made by Mickey Thompson Tires.

Danny Thompson
Step by step, Danny Thompson has maintained and expanded his family’s celebrated history in motor sports. He began his career in Motocross, winning his first eighteen consecutive events, before switching to cars and progressing through the Formula Atlantic Series, Supervees, and CRA Sprint Cars. He won the opening night of the Mickey Thompson Off-Road Grand Prix, and continued performing as a Chevrolet factory driver for the next seven seasons. After a decade of retirement, Danny came to Bonneville for the first time in 2002 and subsequently became a world record holder in multiple classes. He gained further notoriety in 2007 for building and piloting the world’s fastest Ford Mustang in partnership with Hajek Racing.

Danny is well versed in the administrative and promotional side of racing, having served as president of the Mickey Thompson Entertainment Group and later as a consultant to entertainment, promotional, and safety firms. He takes sponsor advocacy exceedingly seriously, and has spoken on behalf of backers at large trade shows, corporate events, and industry conferences. He is committed to generating positive press for sponsors in traditional media, online, and in person.