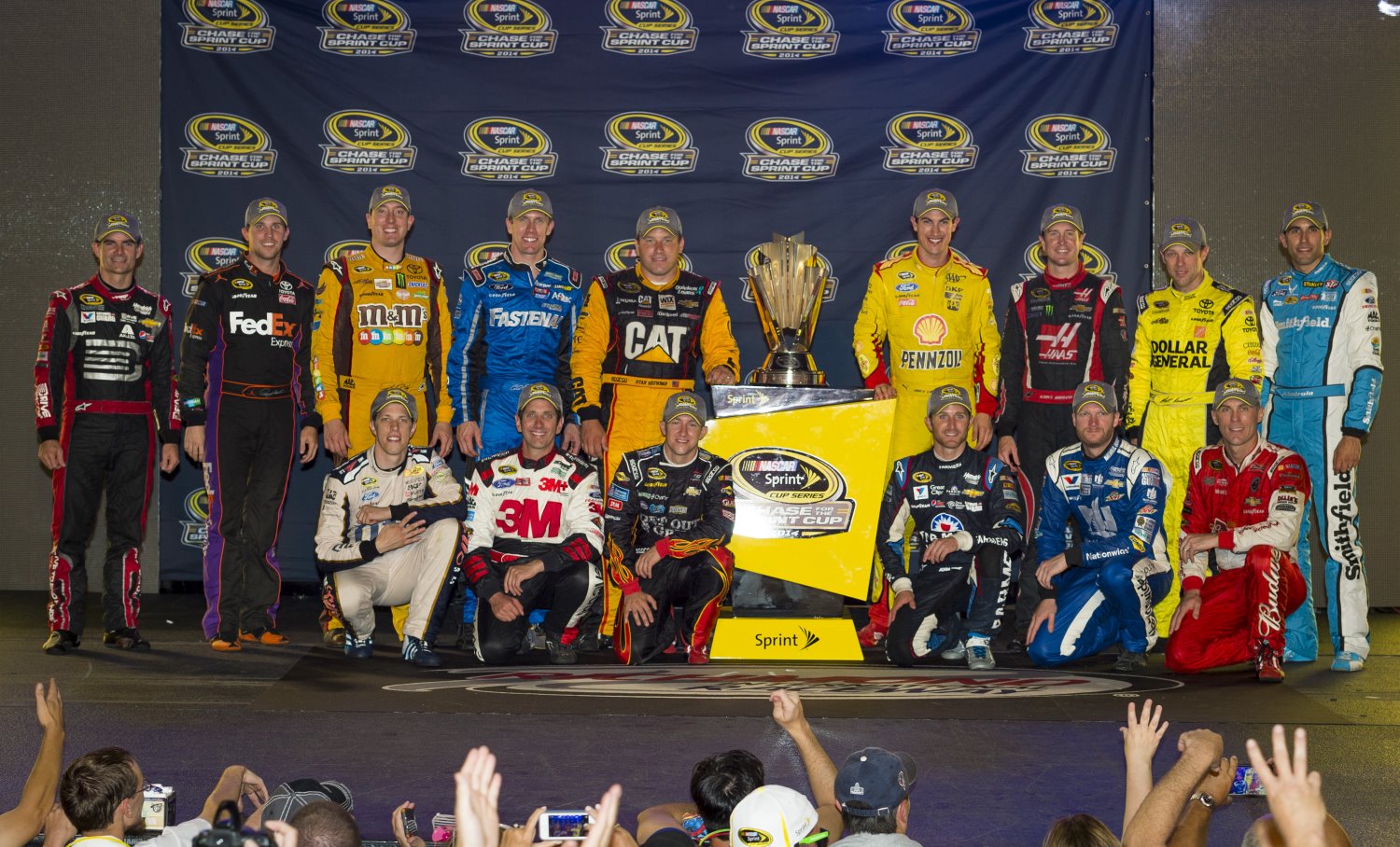 The Race to the Chase is over, and Brad Keselowski stands alone.

In the last "regular season" race before the Chase for the Sprint Cup begins next weekend at Chicagoland Speedway, Keselowski ran away from the field to score his series-leading fourth win of the season and pull ahead of the pack of five drivers tied for the top seed.

Keselowski will begin the 10-race Chase for the Sprint Cup with a three-point cushion over Jeff Gordon, Dale Earnhardt, Jr., Jimmie Johnson and Joey Logano – all with three wins apiece.

Meanwhile, at the back of the pack, four drivers duked it out for a chance at one of the two remaining spots in the 16-driver field, as Greg Biffle edged out Clint Bowyer by just seven points while Ryan Newman claimed the 16th and final spot.

Kevin Harvick and Carl Edwards, with two wins apiece, are seeded sixth and seventh respectively, followed by Kyle Busch, Denny Hamlin, Kurt Busch, Kasey Kahne, Aric Almirola and A.J. Allmendinger, all with one win each. Matt Kenseth, who clinched a spot on points last weekend at Atlanta, will be the no. 14 seed.

Now that the hype for the Race to the Chase is finally over, the real work begins, starting with the "Challenger Round" – the first three races of the Chase at Chicagoland, New Hampshire and Dover, where only the top 12 in points will advance to the next round, the "Contender Round".

With his dominating performance Saturday night and the top seed, Keselowski could very well be the contender to beat.

"I couldn't ask for a better way to enter the Chase than to win and take the first seed," said Keselowski. "We're ready. We want to run for another Cup. We really feel like this team has it. Team Penske is really clicking

"I'm very proud of the result that comes from a win and what it means to the bigger picture of having the first seed entering the Chase. That's really something. We want to keep that going as we get through this next 10 weeks."

With the logjam at the top of the standings, all the talk this weekend wasn't whether any of the five drivers tied for the lead would break away with a victory.

Saturday night, Keselowski didn't just break away, he was already gone, leading all but 17 of the 400-lap distance.

It was a fitting vindication for Keselowski, who missed the Chase last year after clinching the Sprint Cup title in 2012 and had to sit on the sidelines as his new teammate Joey Logano presented Penske Racing in the Chase.

This year, team owner Roger Penske has both his Ford Fusions in the title hunt, with Logano seeded fourth.

"I think last year was a bit of a kick in the butt, not the way you want but it was enough to really push us all and find another level," said Keselowski. "We did a great job in 2012, but in the sports world you've got to keep progressing, and everyone else progressed and we didn't. We didn't progress enough last year, and this year we really have upped our game

For Clint Bowyer, a chance to make the Chase was more for personal redemption, coming on the heels of last season's "SpinGate" that cost Michael Waltrip Racing a spot in the Chase, a record $300,000 penalty and ultimately a sponsor.

It was a scandal that many have said MWR has yet to recover from, and the proof has been in the results for Bowyer this season – no wins, and his third-place finish on Saturday was just his fourth of the season.

Coming into Saturday night's race following a dismal 38th-place finish at Atlanta, Bowyer needed to have Biffle finish 22nd or worse to move ahead of him in points.

Biffle struggled throughout the night and eventually went a two laps down, while Bowyer did all he could by finishing third behind Keselowski and Gordon, but it was not enough as Biffle finished 19th, seven points ahead of Bowyer to knock Bowyer from the Chase for the third time in his career.

"Coming in here after last week, knew it was a long shot," said Bowyer. "The boys brought in the best they could possibly build, put a lot of effort into it, I raced as hard as I could. That was our best effort. That's all I had, that's all we had as a race team. We put it all out there, and still, we were just third best.

Ryan Newman, who was one of the drivers victimized in the "SpinGate" controversy in 2013, who no such worries this time around. Solidly ninth in points, he needed only to finish 41st or better to clinch, and more than accomplished that with a ninth-place finish, seeding him 16th in the Chase.

"We did tonight what we had to do and a little bit more," said Newman. "We didn't win the race, we were here to do that, but it got to a point there near the end where there were so many cars on the lead lap that if we could just maintain, we were in a good spot. It has been a lot of fun this year, but the fun has got the potential to just begin again."