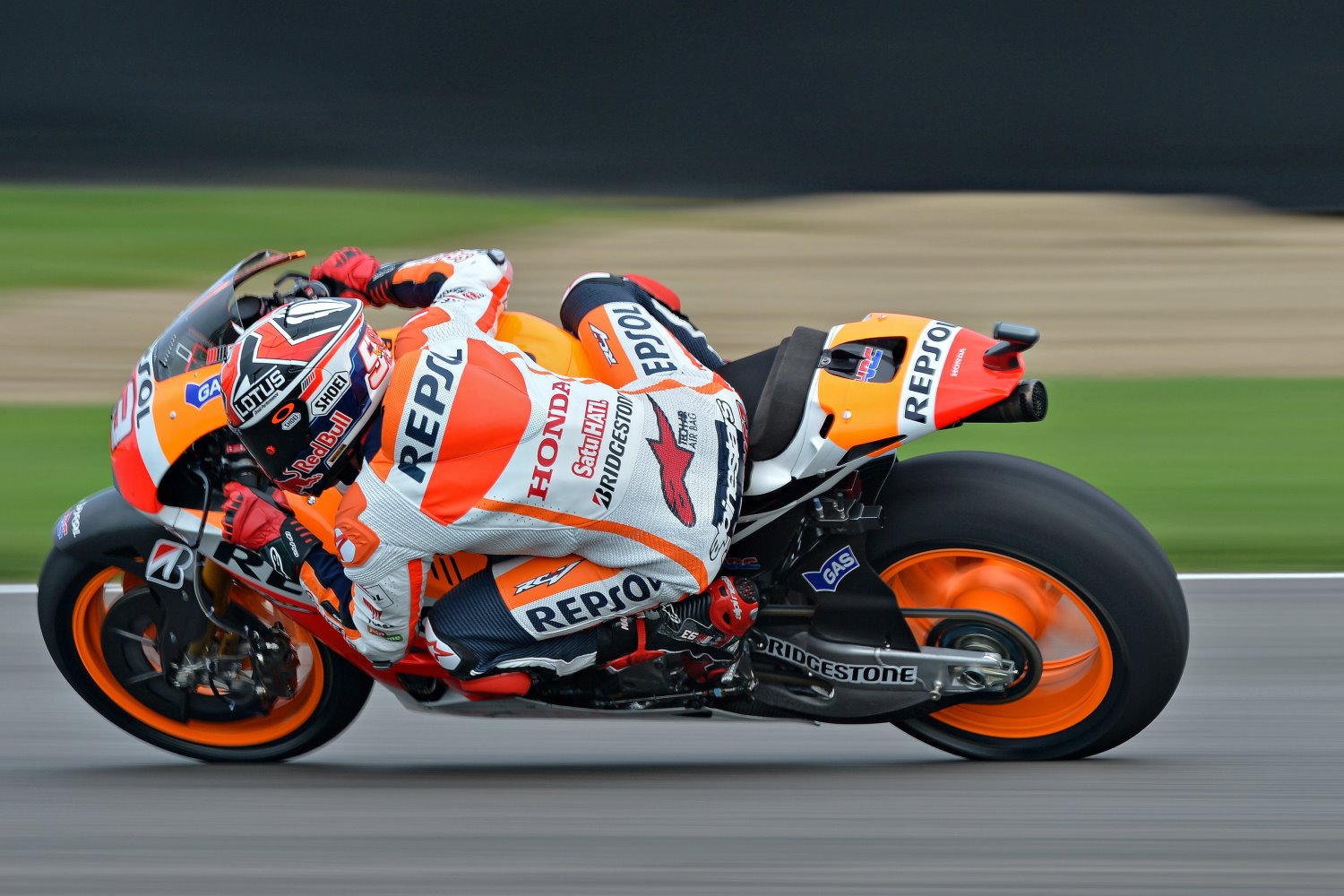 Reigning MotoGP World Champion Marc Marquez of Spain posted a lap of 1 minute, 31.619 seconds on Saturday on his Repsol Honda to win the pole for Sunday’s Red Bull Indianapolis GP at the Indianapolis Motor Speedway.

Marquez, the winner from the pole at last year’s Red Bull Indianapolis GP, has now won eight pole positions this season and 17 in his MotoGP career. A perfect nine-for-nine in MotoGP races this season, Marquez will look to tie Australian legend Mick Doohan’s modern-era record of 10 consecutive wins. He will also be chasing his fourth win at IMS to go along with his Moto2 victories in 2011 and 2012 and his MotoGP win last year.

“We found a really good setup with the new layout and corners," Marquez said. “We changed a little bit from last year because it's less stop and go, and you need to keep more corner speed. So we tried to do that. And I feel good, especially for the race. I have a good rhythm. I feel comfortable. In the qualifying and practice, I'm happy for the pole because after holidays, again to get the confidence, it's important. Tomorrow I hope for a normal race, dry race, and try to fight for the victory."

A top-5 finisher in five of his six starts at Indianapolis, Andrea Dovizioso of Italy posted the second-fastest qualifying time of 1:31.844 on his Ducati and will start on the grid next to Marquez. This is Dovizioso’s best qualifying effort of the season. He started third in France in his only other front-row start this season.

Rounding out the front row will be two-time MotoGP World Champion and 2009 Red Bull Indianapolis GP winner Jorge Lorenzo of Spain on his Movistar Yamaha, who turned a best lap of 1:31.869. With his performance Lorenzo continues his streak of starting on the front row in each of the seven years of this event.

Other notables in qualifying today include Valentino Rossi of Italy, the six-time MotoGP World Champion and winner of the inaugural Red Bull Indianapolis GP in 2008, who posted a lap of 1:32.160 on his Yamaha to land in the middle of Row 2. Dani Pedrosa of Spain, last year’s runner-up and winner in 2010 and 2012, will start on his Honda from the middle of Row 3 after posting a time of 1:32.331.

During an afternoon practice session, Pedrosa set the record trap speed for a motorcycle at the Indianapolis Motor Speedway of 216.9 mph (349.0 km/h), topping the previous standard of 214.5 mph (345.2 km/h) set during today’s morning practice session by Dovizioso.

American Colin Edwards, who will retire from racing at the end of this season, will start on the outside of Row 5 after turning a lap of 1:33.625 on his Forward Yamaha.

Current points leader Jack Miller of Australia, who crashed this morning during a practice session, won his sixth Moto3 pole of the season with a lap of 1:40.727. The 23-lap Moto3 race will begin at 11 a.m.

The winner of the first of two AMA Pro Vance & Hines Harley-Davidson Series races this weekend at IMS was pole-sitter Jeremy McWilliams of Northern Ireland, who grabbed the lead for good on Lap 8 of 10 laps.