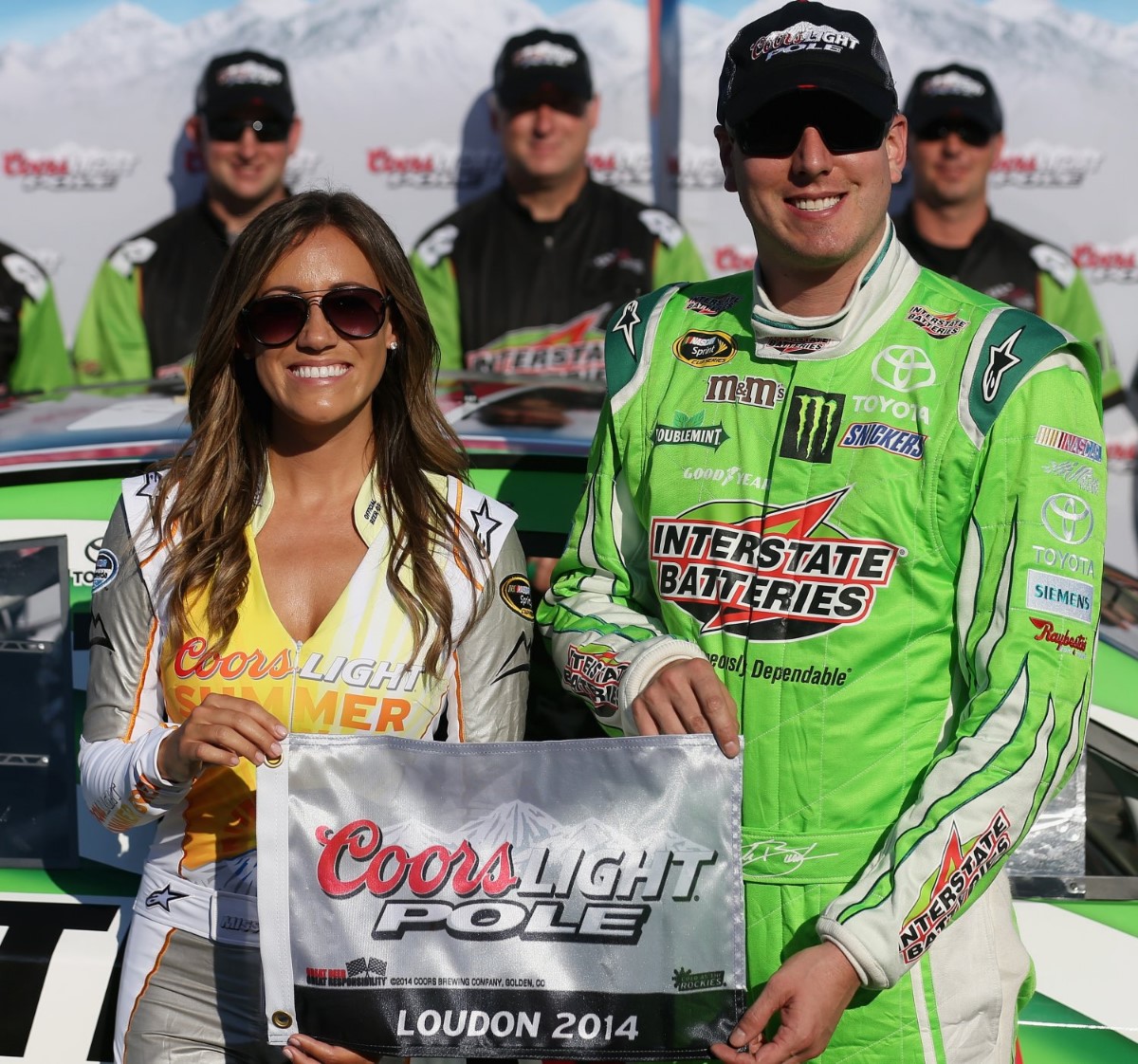 "(The lap) didn't feel that good, but it felt good," said Busch, who finished second in both Sprint Cup races at New Hampshire last year. "It was real stable, real comfortable. The car turned well (in Turns 3 and 4)."

After finishing 25th or worse in four of the last six races, Busch could use a good result to get back on track. Ninth in points, he is in good shape to make the Chase with a win in the fifth race of the season at Auto Club Speedway.
"This has been a good place for us," Busch said. "We've been close here. The second race here last year we were a lot better on the long runs but the race was just a little too short for us."

Neither Brian Vickers nor Matt Kenseth who won the 2013 Sprint Cup races at New Hampshire made it to the second and final round of qualifying on Friday.

"To come out for our second session on older tires and improve by over two-tenths of a second is something to be proud of," Johnson said. "Of course we want to get the pole. But this helps make the weekend so much easier to race. You get a good pit stall, good track position and you can fine tune from here. This is such a scrappy track. It's tough to complete a pass here."

Busch's Joe Gibbs Racing teammate Denny Hamlin will also have the benefit of starting near the front. Hamlin became the 13th driver to set a track record in the first 30-minute session and turned the third-fastest lap.

"Our cars have got some speed here," said Hamlin, who will be joined on the second row by Tony Stewart. The Stewart-Haas Chevrolet was the provisional pole-sitter as eight of the 12 drivers in the final round waited for their cars to cool and a cloud to obscure the sun before taking their best shots in the final 3:30 of qualifying.

Jamie McMurray (Chevrolet) qualified fifth and Joey Logano (Ford) sixth. Logano turned the second-fastest lap in the first round of knockout qualifying, despite being forced to a backup car.

Logano had just five minutes of practice in his backup Fusion after blowing a left rear tire and tagging the Turn 1 wall in the morning practice. "The same exact thing happened in this race last year," Logano said. "It's a bummer because I felt like our car was pretty good. Hopefully, the other one is just as good."