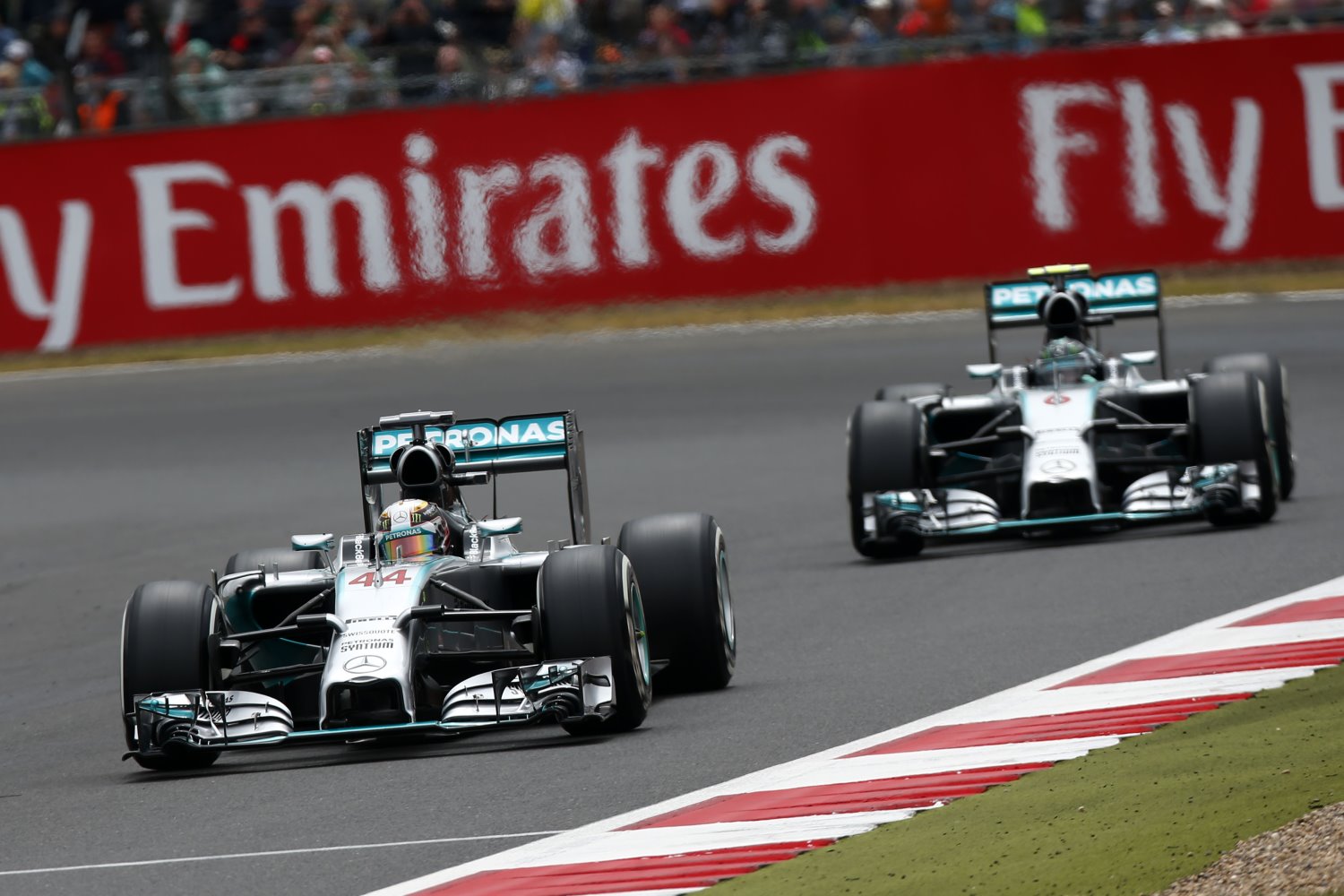 Before a raucous home crowd, Lewis Hamilton took advantage of teammate Nico Rosberg’s misfortune and scored victory in today’s 2014 Formula 1 Santander British Grand Prix. It was the twenty-seventh career win and fifth of 2014 for the Stevenage, England born driver. It was also the eighth win in nine races for the Mercedes AMG Petronas F1 team.

Rosberg led from pole at the start. The race however would be red flagged for nearly an hour after an accident involving Ferrari’s Kimi Raikkonen and William’s Felipe Massa brought out a red flag for damage to a trackside barrier.

The Finn could be seen visibly limping when getting out of the car. Fortunately, reports came out shortly after the accident that Raikkonen suffered only a bruised ankle.

When the race restarted on lap 3, Rosberg led the McLaren duo of Kevin Magnussen and Jenson Button with Hamilton fourth. The 2008 World Champion quickly moved up to second, and then into the lead when Rosberg pitted on lap 19.

Hamilton would pit on lap 25 and come out behind Rosberg. However, the German World Championship leader experienced gearbox problems, and would retire on lap 29.

Perhaps the award for drive of the race should go to Williams’ Valtteri Bottas, who started 14th and finished a career best second. Red Bull’s Daniel Ricciardo completed the podium in third place, again besting his four-time defending World Champion teammate Sebastian Vettel. Vettel started second but fell back to fifth in the early laps.

The win combined with Rosberg’s failure to finish means Hamilton now sits a mere fourth points behind the German in the World Championship. The Formula 1 circus returns to action in two weeks with the German Grand Prix at Hockenheim.