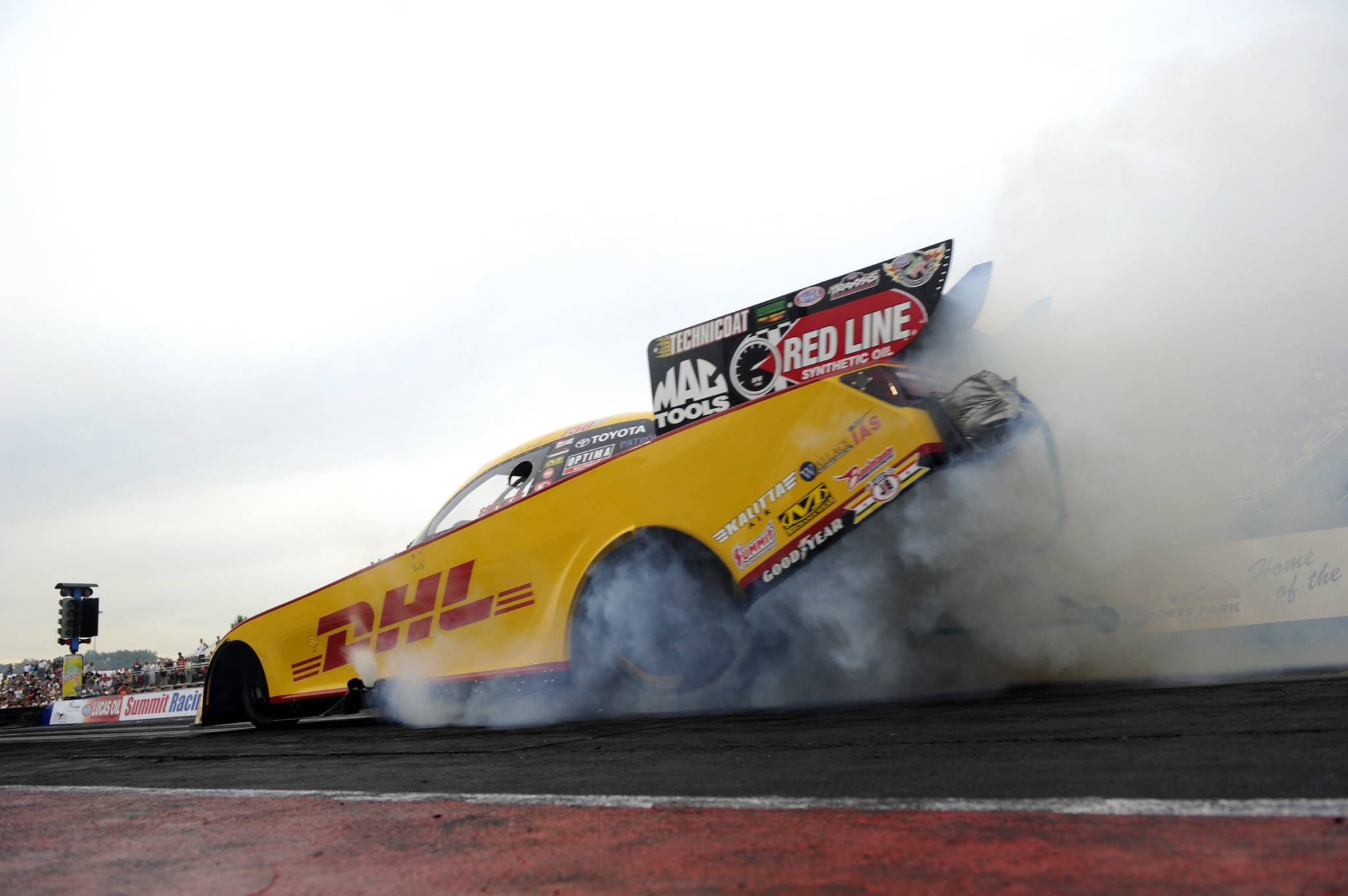 Langdon, the defending Top Fuel World Champion, bested his own previous track record elapsed time of 3.752 seconds with a run of 3.745 at 325.22 mph to post his third top qualifier of the season and 16th of his career.

“Tonight, we felt like we could lay down and try to make the best run possible," said Langdon, who will face Terry McMillen in Sunday’s opening round. “I have a lot of confidence. The last couple races we’ve struggled in qualifying. We feel like we have that little bit of a handle back on the race car again."

Langdon had fallen back as far as fourth during Friday’s sessions before roaring back in the final session to knock Doug Kalitta off the top spot. Kalitta took to the track as the final qualifier immediately after Langdon looking to reclaim the pole but came up short, running a 3.746 at 326.16 mph to settle for the second spot. Antron Brown was third at 3.763/323.04, followed by Bob Vandergriff (3.777/322.73) and J.R. Todd (3.783/319.52).

It was a record-breaking weekend in the Funny Car division as well with Del Worsham topping the track ET record in Friday’s session, turning in a four-second flat at 321.88 mph to jump from fourth to the top of the ladder and collect his 16th-career top-qualifier and third of the season.

Worsham’s time beat out the previous best of 4.021 second set by John Force in this event last year, but Force was still determined to hold onto a place in the track record book.

Mere minutes after Worsham claimed the track speed record during his final qualifying pass of the day, Force took to the track as part of the final pair of qualifiers and reset the speed record yet again with a pass of 4.016 at 322.04 mph, shattering the old record of 319.67 set by his daughter Courtney last year. In all, four drivers either topped or tied the previous top speed, with Tommy Johnson, Jr. posting an equal 319.67 mph pass with a 4.030 ET to take the third spot. Matt Hagan (4.044/318.69) and Ron Capps (4.048/316.15) rounded out the top five.

Terry Haddock was the only non-qualifier. Jeff Diehl qualified 16th to face Worsham in Sunday’s opening round.

Erica Enders-Stevens held onto the no. 1 position in Pro Stock following her record-breaking performance in Friday’s session where she topped both the track ET and track speed records with her first pass of 6.523 at 212.63 mph, earning her second pole of the season and eighth of her career.

“We’ve got a really consistent hot rod right now," Enders-Stevens said. “We went up there and tried some things that we hope will work tomorrow. Consistency is what’s going to get it done."

Travis Mazza took the bump spot over Larry Morgan and will go up against Enders-Stevens in the first round.

Another track ET record fell in the Pro Stock Motorcycle bracket with Eddie Krawiec posting the new fast time of 6.844 at 195.05 mph in Friday’s session that went unchallenged on Saturday, giving him his fifth-straight no. 1 qualifier of the season and the 19th of his career.

“We’ll do our best tomorrow," Krawiec said. “I’ve got a great motorcycle. You got stay consistent. I believe I have a motorcycle that can get the job done as long as I’m doing my job."