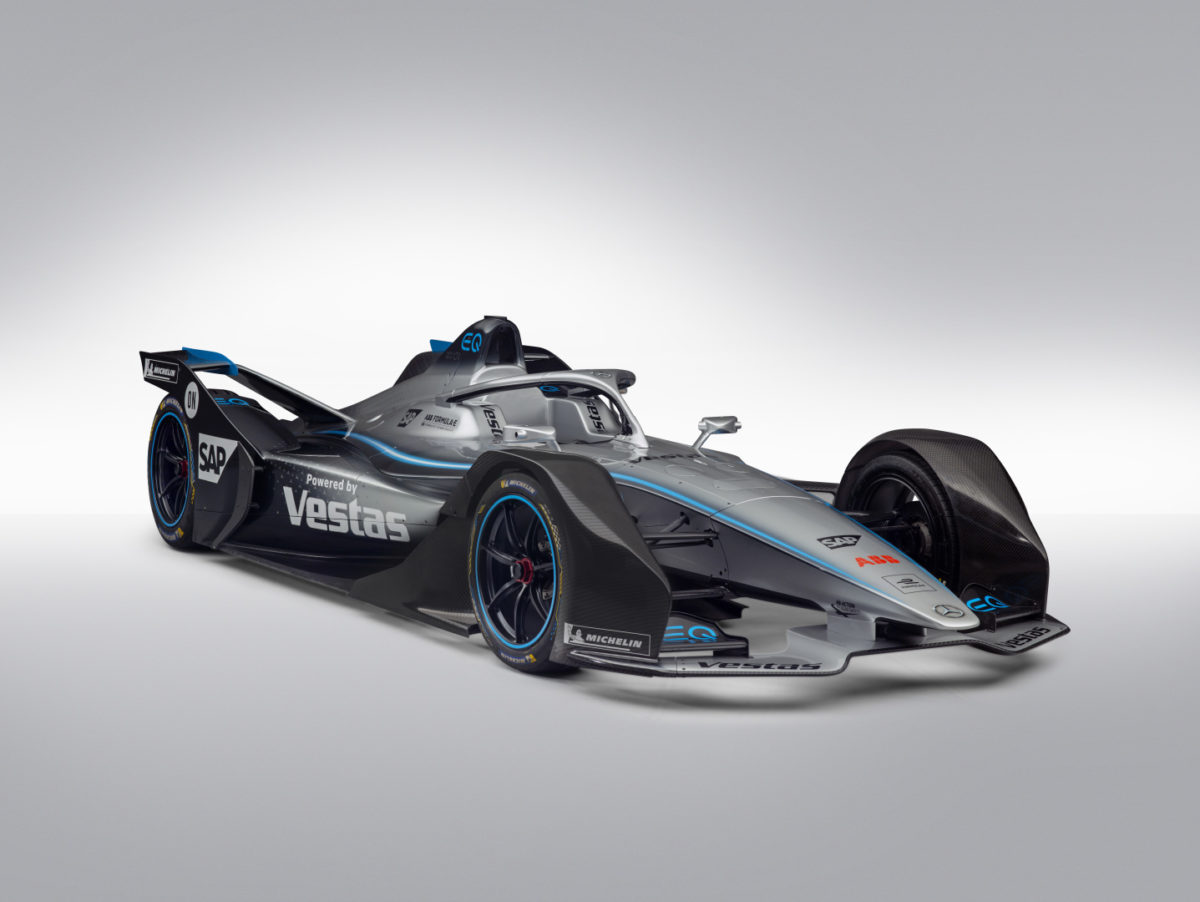 UPDATE The Mercedes-Benz EQ Formula E Team has broken cover ahead of its inaugural season in the all-electric formula later this year.

As part of the launch at the International Motor Show in Frankfurt, the team pulled the covers back on its car, the Silver Arrow 01, and confirmed Stoffel Vandoorne and Nyck de Vries as drivers.

“In Stoffel and Nyck, we have recruited two formidable and adaptable drivers who can continue to learn and grow with us in our debut season in Formula E," said team principal Ian James.

“At Mercedes-Benz, we can look back on 125 years in motor racing.

“However, we know that Formula E is very different from any other series we have ever competed in.

“We are doing everything we can to achieve success, but we know that we have a steep learning curve ahead of us."

Vandoorne joined the Formula E grid last season after being dumped out of Formula 1 by McLaren in favor of Lando Norris for 2019.

Racing for HWA Racelab he picked up a best result of third in Rome, while Formula 2 championship leader de Vries, rejected by F1, is poised to make his Formula E debut.

“It’s a very special feeling to be asked to drive for Mercedes-Benz EQ in Formula E, and I am honored that the team have chosen me as one of their two drivers," said de Vries.

“Formula E is a great platform that has already established itself as one of the biggest and most professional racing series outside Formula 1.

“Mercedes are aiming to be contenders for race wins and championship trophies," he added.

“Hopefully, this will happen sooner rather than later. But until then, the team and I expect a steep learning curve before we can become truly competitive."

09/11/19 Mercedes has confirmed that Stoffel Vandoorne and Nyck de Vries will drive for the team in its debut season in Formula E.

Mercedes is one of two new teams this season in the all-electric single-seater series, with the German marque taking over affiliated organisation HWA Racelab while Porsche also joins the field, expanding the grid to 24 cars.

Vandoorne, who raced for the aforementioned HWA squad over Season 5 following two years in Formula 1 with McLaren, has 13 E-Prix starts in his career, recording a best result of third at the Rome E-Prix.

Current Formula 2 points leader de Vries will join the Belgian at the team.

While the Dutch racer and former McLaren junior is yet to contest a Formula E race, the 24-year-old does have extensive experience in the series, acting as a test driver for Spark Racing Technologies while also completing test work for Audi and NIO.

Pre-season testing for Season 6 will take place from October 15-18 at the Ricardo Tormo Circuit in Valencia ahead of the double-header season-opening Ad Diriyah E-Prix on November 22 and 23.