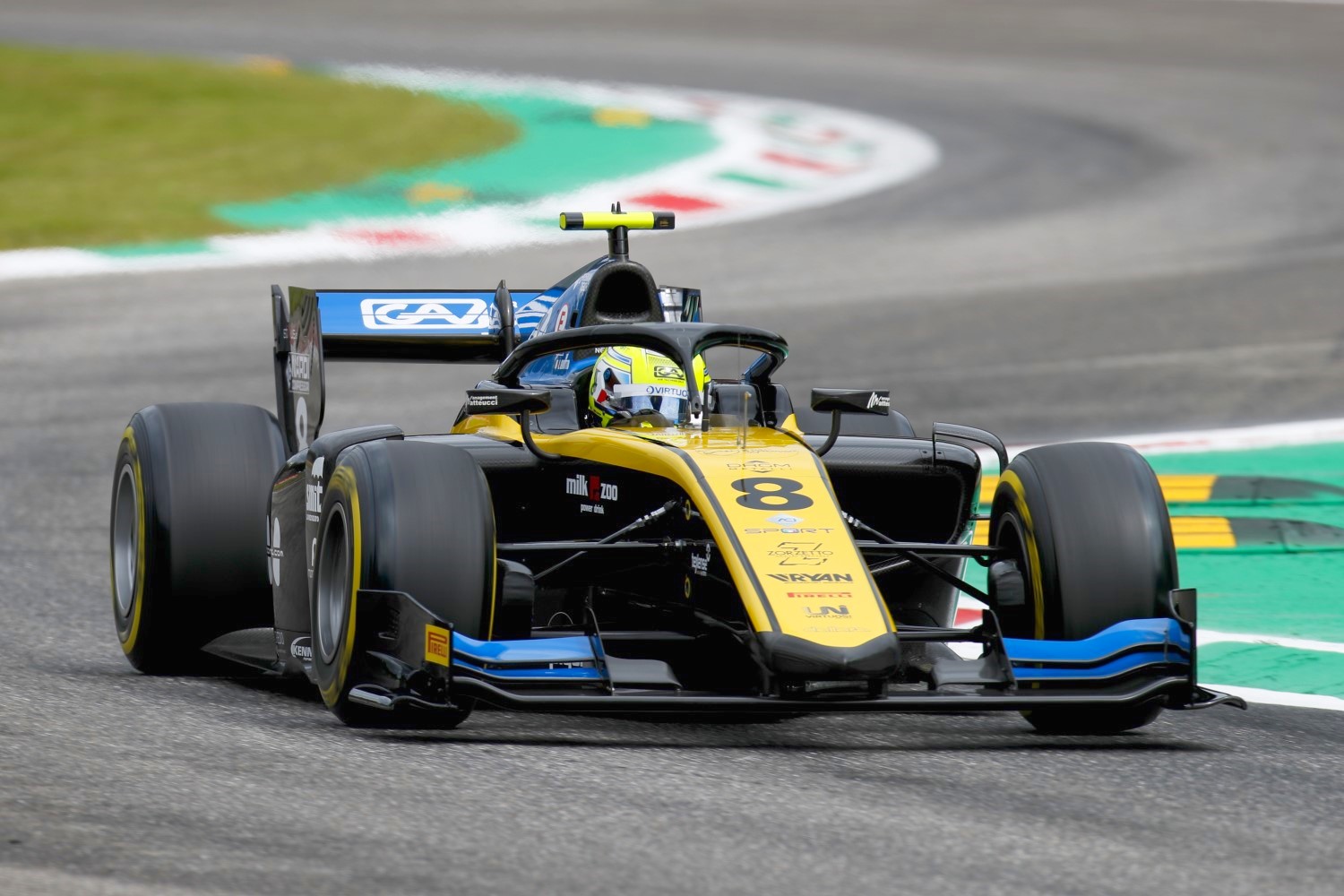 Luca Ghiotto got off to the perfect start in his home country, topping Free Practice for the first time since Silverstone. The UNI-Virtuosi racer was quickest amongst a flurry of late lap times, leading ART Grand Prix’s Nyck de Vries and Carlin’s Louis Deletraz.

With the circuit still drying from rain in the morning, Mahaveer Raghunathan was the sole car out on track in the opening 10 minutes, with the remainder of the field only running an installation lap. The MP Motorsport racer set the early time at 1:42.998.

Callum Ilott was the next to head out onto the Autodromo Nazinoale Monza circuit and the Brit set three purple sectors to take the lead, before further strengthening his position in first with another best lap.

The remainder of the grid began to feed onto the track and Sergio Sette Camara flexed his muscles to leap to first, ahead of Ilott. The Brazilian was swiftly replaced by the Championship leader, as De Vries took his turn in P1.

Ghiotto, Nicholas Latifi and Mick Schumacher all failed in attempts to beat his time and were forced to settle for positions in the top five, heading into the final few minutes. The Italian had another attempt and was more successful, this time forcing his title rival into P2, with three personal best sectors.

The UNI-Virtuosi racer finished on top, ahead of De Vries. Deletraz got in a late lap time to take P3, followed by his teammate Nobuharu Matsushita and Jack Aitken. Latifi, Guanyu Zhou, Schumacher, Sean Gelael and Ilott completed the top ten.

Having started his home event in good form, Ghiotto will hope to prevent De Vries from scoring his third pole position in a row, when Qualifying begins at 4.55pm local time.