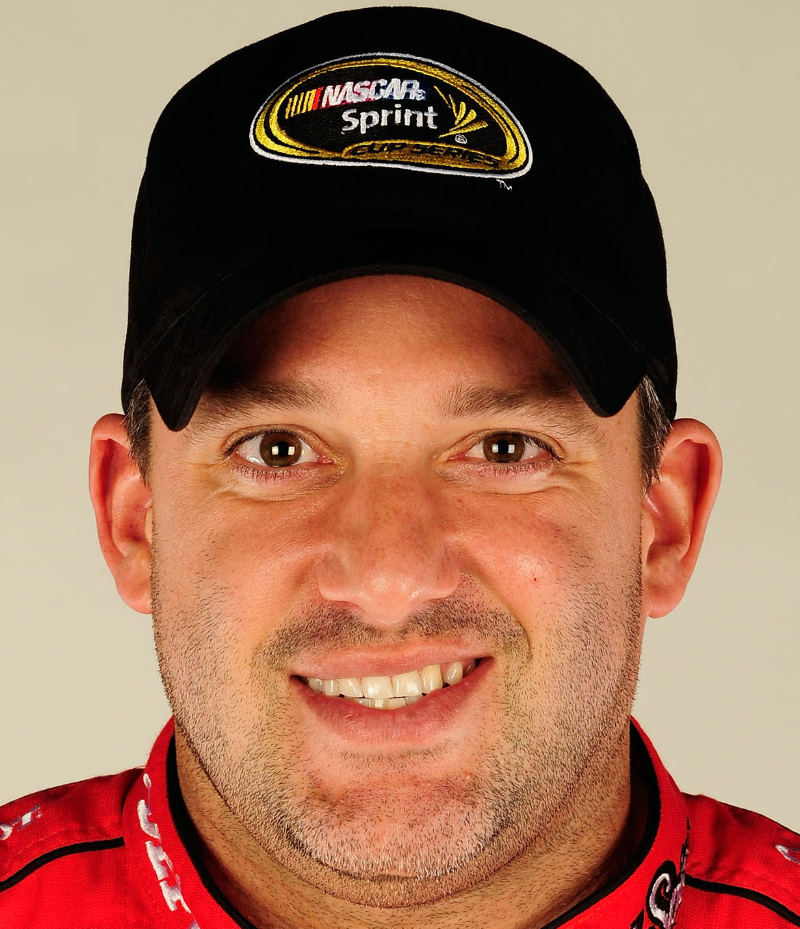 I've written nothing yet about the accident Saturday evening which claimed the life of 20 year-old sprint car driver Kevin Ward Jr.

As you surely know, Ward was fatally injured Saturday evening at Canandaigua Motorsports Park after the right rear tire of a sprint car driven by NASCAR star Tony Stewart struck him. Amateur video showed Ward had gotten into the wall a lap earlier while racing with Stewart, got out of his car after the accident and seemed to be walking in the direction of Stewart's car frustrated by what had happened. Suddenly, Stewart's right rear tire struck Ward, apparently sending him under the tire, then violently through the air, where he landed on the track.

Track safety personnel immediately rushed to the motionless Ward. Racing at Canandaigua was ended for the evening. Ward, sadly, was pronounced dead on arrival later at a local hospital.

Sunday, Ontario County Sheriff Philip C. Povero announced that the Ward's death was being treated as accidental. Povero repeated this message both Monday and Tuesday.

That said, Povero has left open the possibility that should evidence of some kind emerge, there could be a criminal investigation. Povero also mentioned that the investigation process could be timely, up to two weeks or more. He noted that Stewart has cooperated with the process, and that if there were any noteworthy updates, he would pass them along. But to reiterate, Povero has stated on numerous occasions already that there is no evidence at least yet, indicating that a criminal investigation is pending.

And the above paragraph is exactly the reason I've not written anything to this point. Simply put, what has already been stated above in less than 300 words is the story. A young man deceased Saturday evening in unprecedented and cruel fashion. Authorities are investigating and gathering evidence in a comprehensive manner. That investigation may take time, another thing Povero has stated repeatedly. That is currently every bit of information we need to know regarding what happened Saturday evening.

Unfortunately that hasn't stopped us from receiving an avalanche of information we don't need.

For example, we don't need people like Mike Lupica of the New York Daily News constructing a flippant narrative of a privileged person like Stewart barnstorming a little dirt track in upstate New York and bullying a local like Ward. We don't need ESPN's Colin Cowherd talking about NASCAR's "eye-for-an-eye culture" implying Stewart had a score to settle with Ward. Of course, Cowherd referencing NASCAR ignores the fact NASCAR didn't even sanction the event. Nor do we need Cowherd offering his expertise on when Stewart hit the throttle, particularly when the video evidence is circumstantial at best, and anyone who knows the first thing about sprint car racing knows the throttle is used to help turn the car.

We also can do without video clips showing instances of Stewart's well-known volatile temper on-track and off. Yes, Stewart has a history of combustibility. Yes, Stewart is a 43 year-old man responsible for his personal behavior. No, I am not offering the moronic thesis that throwing a helmet at a car on track, or threatening to settle scores with race cars is “just part of racing."

I am, however, clearly saying that referencing Stewart's previous instances of temperamental behavior or NASCAR's culture in the context of Ward's death constitute lazy, uninformed, speculative, and grossly agenda-driven, presumptuous analysis. Because to reference such arbitrary criteria again in the context of Ward's death can only be interpreted as an implicit, if not explicit suggestion that the logical conclusion of one and/or the other is one person deliberately running over another person with a sprint car.

Further such coverage conveniently ignores what Povero, the legitimate authority and spokesman in this particular case, has stated repeatedly: the accident is not being treated as a criminal investigation.

Now, allow me to briefly pause the narrative to state this piece should not be taken in the context of a racing person (me) airing a grievance with non-racing people (Cowherd and Lupica). Yes, I am a racing person, and yes, they have shown zero effort attempting to understand the sport.

That said, a far greater issue to me is the fact they have allowed their ignorance to produce a skewed and demented narrative, which casually impugns a man (Stewart), who happens to race, with a right to impartial treatment legally and otherwise. Also, such uninformed analysis taints Ward family's right to an impartial revealing of what in fact happened Saturday night.

Cowherd, Lupica and others have from a position of ignorance rendered greatly skewed conclusions that publically, if not legally, undermine the goal of impartial treatment for both Ward and the Stewart family.

Race fans, and well, any self-respecting human being should be outraged by such uninformed, lazy and speculative coverage surrounding the events of Saturday; coverage we can do without.

We can likewise do without stories of people coming out of the woodwork claiming an axe to grind with Stewart from some prior instance. I'm not saying such claims are false. But opportunistically using Ward's death to settle a score with Stewart makes it difficult for me to take such claims seriously. And shame on media who completely overlook the agenda of such people, offer such sources as legitimate, and ignore the fact there is again, an ongoing investigation by proper authorities that will determine what happened Saturday.

Such coverage, we can do without.

What we can also do without at this particular time are celebrations of Stewart and attempts to make him a martyr. Allow me to pause here for a clarification.

In noting the above, I am not speaking of journalists who have shared their personal and/or experience with Stewart in the past few days. Part of such response has been a reaction of sorts to the flippant character assassinations outlined previously. However, there is a slippery slope here.

See, while Stewart' charitable work, efforts to help grassroots racing, and persona away for the public sphere may be noteworthy, they are similar to his history of volatility in this sense: they are completely irrelevant in the context of Ward's death. Again, what is relevant is the fact an ongoing legal investigation in which a race car Stewart was driving ran over a person and killed him, remains open. While it is not the time to vilify Stewart in the manner outlined earlier, that should not be mistaken as the time to celebrate him, or reference non-relevant information as a means of defending the sport.

No, Stewart is not a martyr, and such claims by fans, media and others we can do without.

What racing people and all people should support is the legitimate, proper and as of now, ongoing investigation to find out what exactly happened at Canandaigua Saturday. Was it merely a gruesome and unfortunate accident, or was there something more?

We don't know yet, and may not know for a while. In the meantime, however, the fact Stewart is temperamental, the fact he had a run-in with someone ten years ago, or the revelation he's a good guy if you really get to know him, only construct narratives which conveniently support whatever people's biases so happen to be regarding Saturday. Such narratives are not worth our time, as they contribute nothing to learning what is important: why Ward is no longer with us.

No, what Philip C. Povero and his team gather is what will tell us. The process may take time, but the process is in place to ultimately reveal what actually happened Saturday evening.

Everything else is just noise. And the more people that come to that realization, the better.