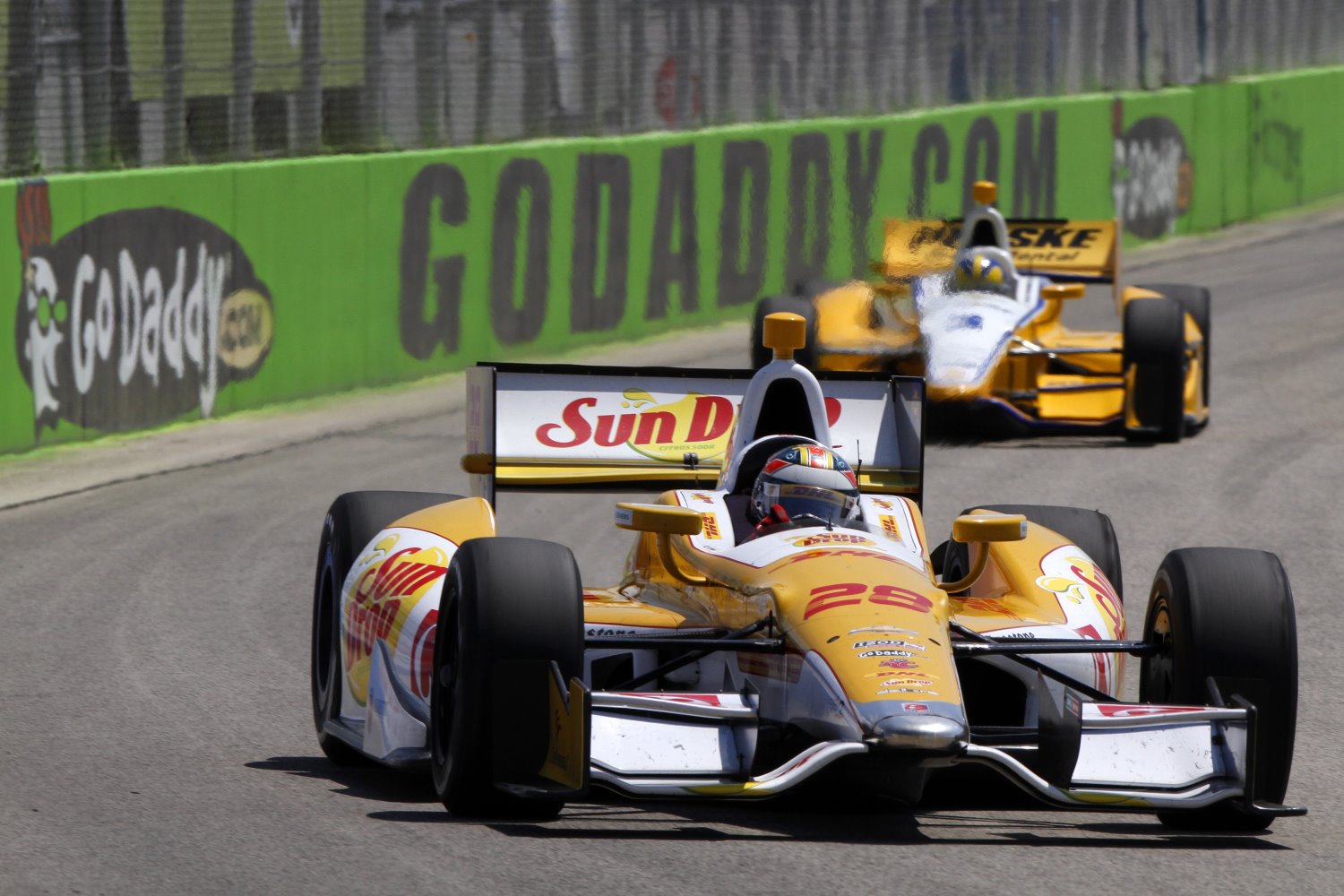 Championship race heads to Milwaukee
Will Power took back the lead in the Verizon IndyCar Series standings from teammate Helio Castroneves at Mid-Ohio Sports Car Course on Aug. 3 and carries a four-point advantage over the Brazilian into the ABC Supply Wisconsin 250 at Milwaukee IndyFest. Can Power take advantage of Team Penske's knowledge of Milwaukee (seven wins) and maintain his points lead?

Kanaan hopes to continue Milwaukee mastery
With six top-five finishes in his last nine starts at Milwaukee, Tony Kanaan has definitely earned the title of Milwaukee Master. Kanaan won at Milwaukee in 2006 and 2007 and finished second in 2012. The ABC Supply Wisconsin 250 will mark Kanaan's 231st consecutive Indy car start, which will extend his all-time record. Can Kanaan add a third Milwaukee trophy this weekend?

Young stars target win on storied short-track
Andretti and Rahal are two of the most storied names in Indy car racing and both families hope to visit the winner's circle at Milwaukee. Marco Andretti, whose family has nine wins at the Mile, is a two-time pole winner at Milwaukee and is aiming for his first win of the season. Graham Rahal, whose father finished second at Milwaukee three times, looks to build on the momentum gained at his home race at Mid-Ohio by bettering the mark of his father. Can either driver add another chapter to their family's history at the track?

Bourdais aiming for another win at Milwaukee
Sebastien Bourdais returns to the Milwaukee Mile with KVSH Racing with the form that helped him win four straight Champ Car titles from 2004-2007. Bourdais, who won at Milwaukee from pole in 2006, made his first start at the Mile since his title-winning days in 2013. Can the Frenchman regain his winning form at Milwaukee?

The Mayor of Milwaukee?
James Hinchcliffe may be the "Mayor of Hinchtown," but Milwaukee could be his new domain. The affable Canadian has never finished worse than sixth at Milwaukee in his three previous races and aims to add another oval win to his resume. Is Milwaukee still Hinch's town?

Generation Next
James Hinchcliffe, Simon Pagenaud and Charlie Kimball all scored their first win in 2013, finished top 10 in the championship standings and established themselves as the next stars of the sport. The trio of young stars is joined by a talented rookie class that has already produced a race winner in Carlos Huertas. Will a young star be a threat to win this weekend?

Andretti team hopes make more history for owner at Milwaukee
Michael Andretti won at Milwaukee five times in his storied career as an Indy car driver and has five wins as owner of Andretti Autosport. Andretti, whose Andretti Sports Marketing is promoting this weekend's race, hopes to visit Victory Lane three times this weekend with one of his four Verizon IndyCar Series entries as well as his team's two Indy Lights cars and two Pro Mazda cars. Can Andretti pull off a clean sweep this weekend?

Championship Facts:
â€¢ Will Power leads the Verizon IndyCar Series championship with three races to go for the third time in his career. He also led with three to go in 2010 and 2012, but failed to win the championship
â€¢ Power leads Helio Castroneves by four points – the smallest margin between first and second in the points with three to go since 2009.
â€¢ There are 11 drivers mathematically eligible for the 2014 Verizon IndyCar Series championship. Any driver who trails the leader by 158 points or more following Milwaukee will be eliminated from contention.
â€¢ Three drivers were eliminated from championship contention at Mid-Ohio: James Hinchcliffe, Charlie Kimball and Justin Wilson.