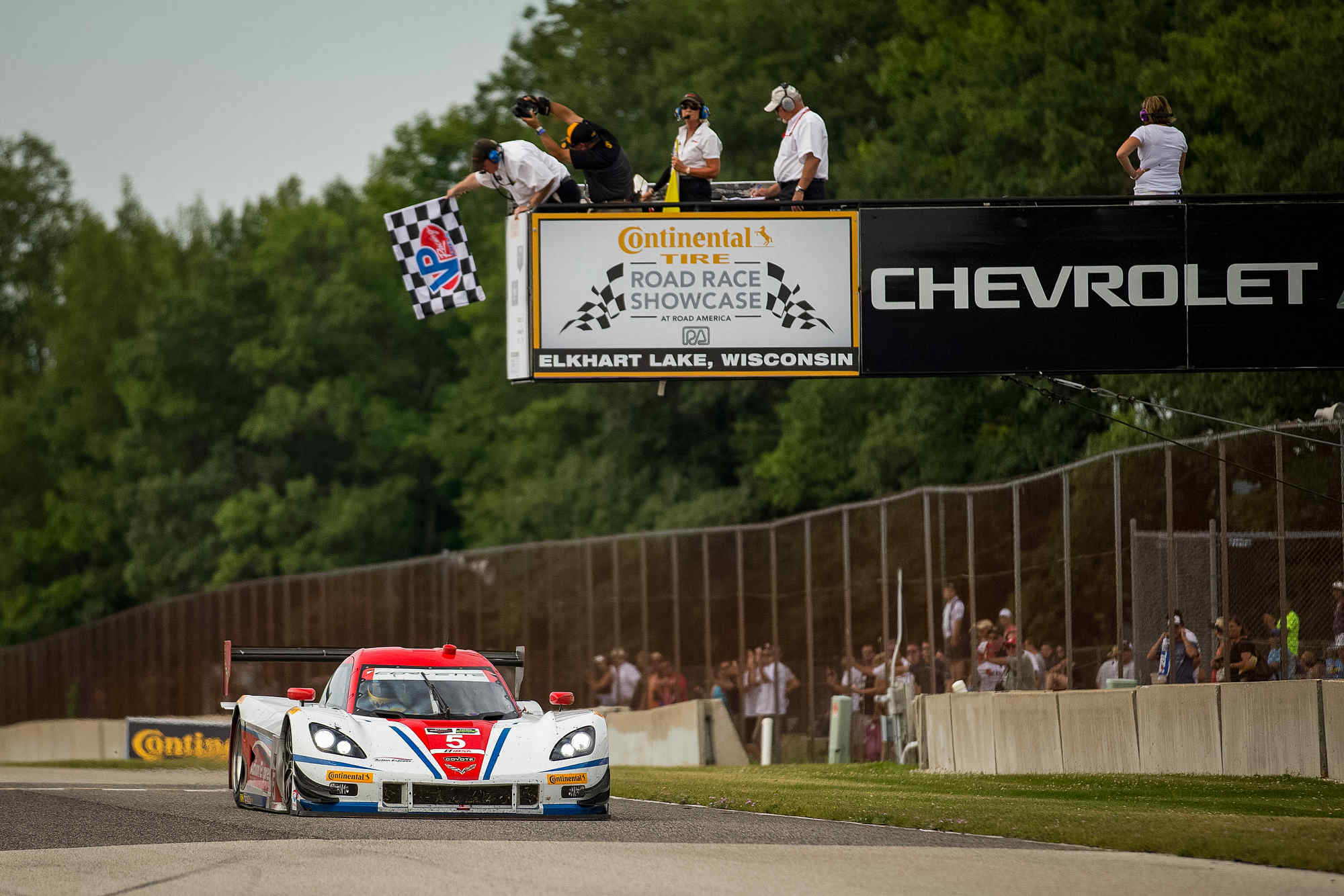 Sunday's TUDOR United SportsCar Championship race at Road America may not have been a work of art in some eyes, but to Joao Barbosa and Christian Fittipaldi, it was a masterpiece.

In a race slowed by six caution flags, the Action Express Racing teammates overcame a potential race-ending brake problem and a spin off-course and through the grass to win the Continental Tire Road Race Showcase.

The victory was the third of the season for the co-drivers of the No. 5 Corvette DP and points leaders of the TUDOR Championship Prototype class.

"I felt that we weren't going to be able to finish," Fittipaldi said, in regard to the seriousness of the problem with his car's brakes. "At one point we almost pitted completely out of our window because it was too dangerous.

"What saved us was we were able to solve the brake problem in the pits. We found an oil leak in the left rear (of the car)."

Barbosa took over the driving duties from Fittipaldi with about 58 minutes remaining in the two-hour, 45-minute race.

"Definitely those last couple of safety-car situations and extended yellows helped us on our fuel," Barbosa said. "We were pretty much sure we were good, but it definitely helped us to be really safe and we were able to push all the way to the end. (Before) the last restart, I was having to save a little bit of fuel and so I was managing a little bit what was happening behind me. On the last restart we were able to push flat out all the way, I was able to do a couple of good laps and put a good gap behind me."

The winning margin of victory was 2.240 seconds.

Fittipaldi seized the lead heading into the first turn moments after taking the green flag. He maintained the advantage over the first 52 minutes, but was shuffled back in the running order when he was hit from behind by Ricky Taylor's No. 10 Konica Minolta Chevrolet Corvette DP going into turn three and spun off course.

Fittipaldi managed to get his car turned in the right direction and rejoined the fight, though in seventh place before working his way back up to third.

"There was only so much I could do," said Fittipaldi, who won his first career IndyCar race at Road America in 1999. "I spun the car on the grass and put it into gear."

Excellent pit stops helped Pierre Kaffer and Giancarlo Fisichella earn their first win of the season in the GT Le Mans class in the No. 62 Risi Competizione Ferrari F458 Italia.

The duo, which co-drives the No. 62 Risi Competizione Ferrari F458 Italia, started from the ninth position in the GTLM class. Both drivers credited the work of their team.

"I think the team did a fantastic job," said Fisichella. "Considering our starting position was ninth, winning the race today is amazing."

Added Kaffer: "The whole crew deserves it. Our pit stops and our strategy … we did so many pit stop and driver change practices this weekend. That was the reason (we won) today."

Renger van der Zande and Mirco Schultis, co-drivers of the No. 8 Starworks Motorsport Martini ORECA FLM09/Chevrolet, scored their second win of the season in the Prototype Challenge class.

"Amazing, isn't it?" said van der Zande. "I had to fight hard. We came into the pits third and went out first. I don't think we had the fastest car today, but we won."

Turner Motorsport teammates Dane Cameron and Markus Palttala, co-drivers of the No. 94 BMW Z4, registered their third win of the season in the GT Daytona class.

The duo inherited the class pole position when the No. 007 TRG-AMR Aston Martin V12 Vantage was unable to start the race due to damage sustained in a crash during Sunday morning's warm-up.

"It was pretty lucky for us to have traffic between us and the Porsches," Cameron said. "If there's anything we don't want to see it is restarts at a really fast track, late in the race when leading the race."