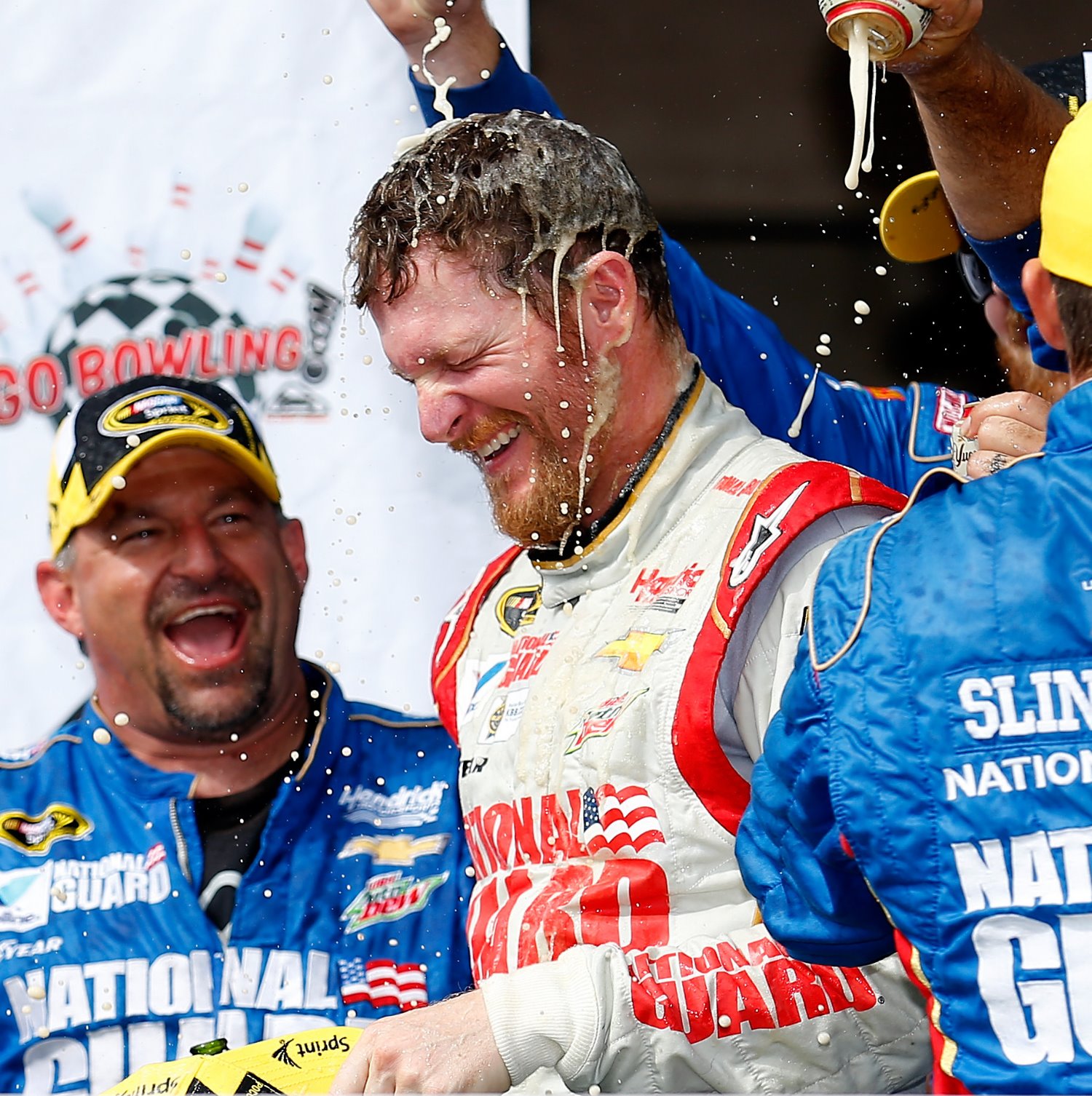 Dale Earnhardt Jr. led the final 14 laps and held off Kevin Harvick after a late restart to win the GoBowling.com 400 NASCAR Sprint Cup Series race at Pocono Raceway on Sunday.

Earnhardt Jr. leads all Cup drivers with 10 top-five finishes in 2014.

The race was also marred by a 13-car pileup in the late stages.

"They (Kevin Harvick) were faster than my car," said Earnhardt Jr. in Victory Lane. "I was over-driving it; not rolling the center very good and Kevin was getting me in between turns one and two. I couldn’t back-it-down, and I was just way over-driving the car. I could get him through the tunnel in (Turn) three and I was fine, but man he could come through (Turns) one and two, and I wasn’t driving the car right. We had a fast car all day.

"Steve's (Letarte, crew chief) strategy was perfect at the end," Earnhardt, Jr. continued. "I don’t know if anybody knew what was going on but that was pretty awesome. It takes a really, really smart guy to understand what to do to take those gambles. Sometimes they pay off and sometimes they don’t. I can’t believe we swept Pocono. We definitely went home from the last race and made our car better. So, that is what I am proudest of this team for. They went back and didn’t sit on what we had, they wanted to get better, faster car so we didn’t have to rely on luck to win."

Jamie McMurray was seventh in the No. 1 Bad Boy Buggies Chevrolet SS, Ryan Newman was eighth in the No. 31 Quicken Loans Chevy SS, and Kasey Kahne finished 10th in his No. 5 Farmers Insurance Chevrolet SS. To complete a strong contingent of six Chevrolet SS race cars finishing in the top 10.