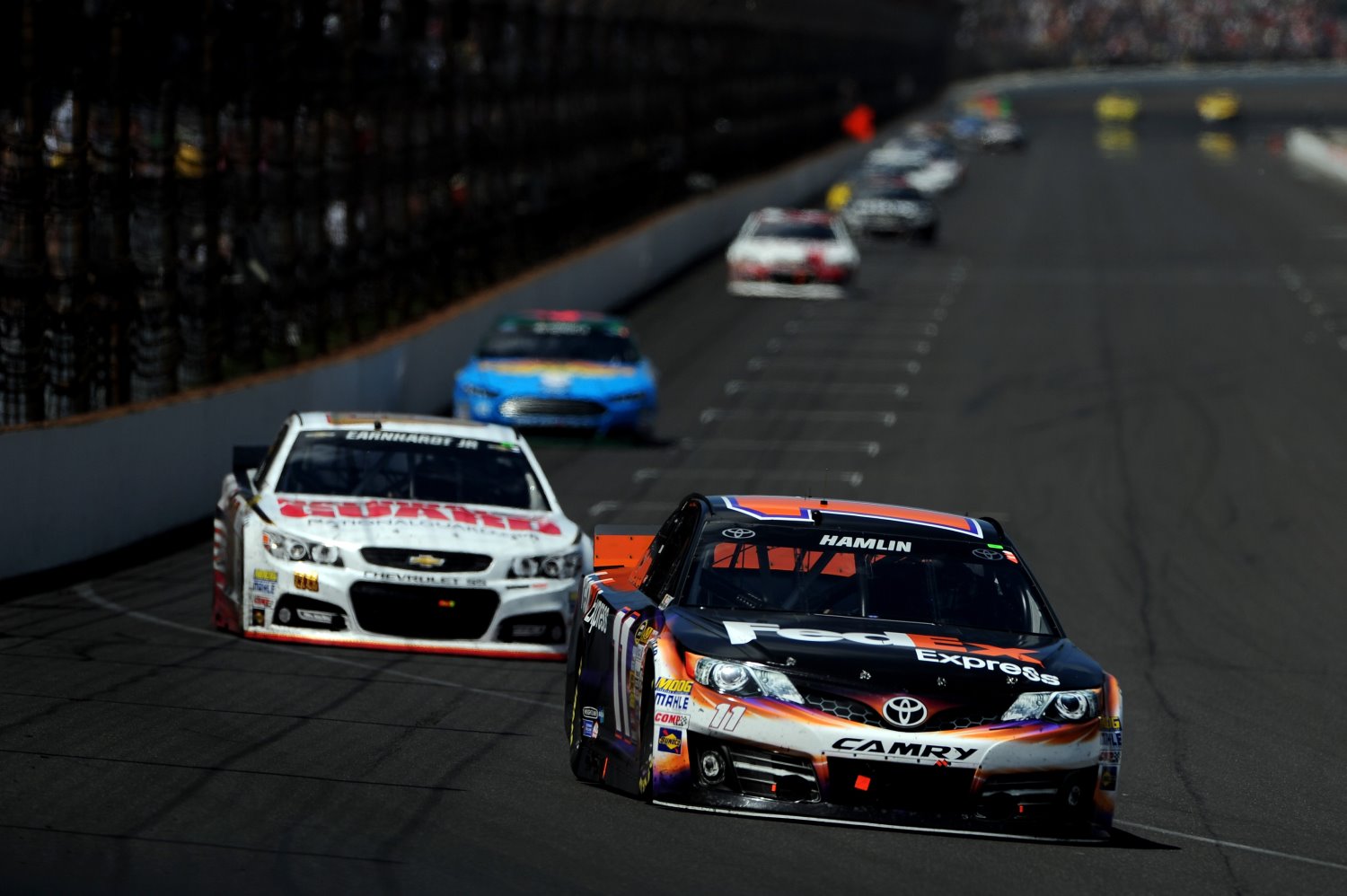 When it comes to earning the right to park a stock car in victory lane, at the conclusion of a NASCAR Sprint Cup Series event, you can bet that winning at the historic Indianapolis Motor Speedway is high on the list of race drivers and their team owners.

If they don't win the race, then team owners are at least looking for a strong finish because the Brickyard 400 is a very lucrative event that passes out the big bucks at the pay window.

The three teams representing Joe Gibbs Racing, (JGR), had a very strong day at Indianapolis with all three of their drivers finishing in the top five. Kyle Busch finished second and won $373,781 for the runner up effort. Denny Hamlin finished third which paid $307,890. Matt Kenseth raced his JGR Toyota to a fourth place finish and netted a paycheck worth $303,751. The total payday for the three teams came to $985,422.

It's a good thing that JGR had that big of a payday. That's because it turned out that post race Indy was not very kind to team owner Coach Joe Gibbs and team President J D Gibbs.

Post race inspection procedures, on Denny Hamlin's Toyota, led NASCAR tech officials to believe there may be a possible issue regarding the rear firewall block off plates on the car. Specifically that concern was based on whether or not these plates were properly sealed. If it turns out that the plates were not properly sealed, it could have created a significant amount of additional rear down force in the car.

NASCAR has yet to officially declare that the JGR #11 has failed post race inspection, but they did confiscate the parts and transported them to the NASCAR Research and Development Center, located in Concord-North Carolina, for further evaluation.

If tech officials at the R&D Center determine that a violation of the rule book has been committed, it's likely an announcement regarding team penalties, including a possible hefty monetary fine, will be issued on either Tuesday afternoon or Wednesday morning.

Due to a less than stellar qualifying run, Hamlin started the Brickyard 400 from the 27th position, charged his way to the front and took the lead for the first time on lap 44. He led a total of 18 laps on the way to his third place finish.

Hold on, the post race headaches for JGR weren't quite over yet.

Following the Brickyard 400, JGR personnel boarded the company's private plane and left Indianapolis bound for Concord-North Carolina where the team's headquarters are located. After landing at the Concord Regional Airport, the plane was taxing down a runway and somehow collided with another private plane owned by Stewart-Haas Racing.

In a report, initially released by "Racespan", there were no passenger injuries but both planes sustained damage from the reported low speed collision. It's going to be most interesting to hear the complete details, regarding exactly how this happened, in the days to come.

Fortunately, a JGR team payday of $985K should easily cover the damages from both of these post race situations.