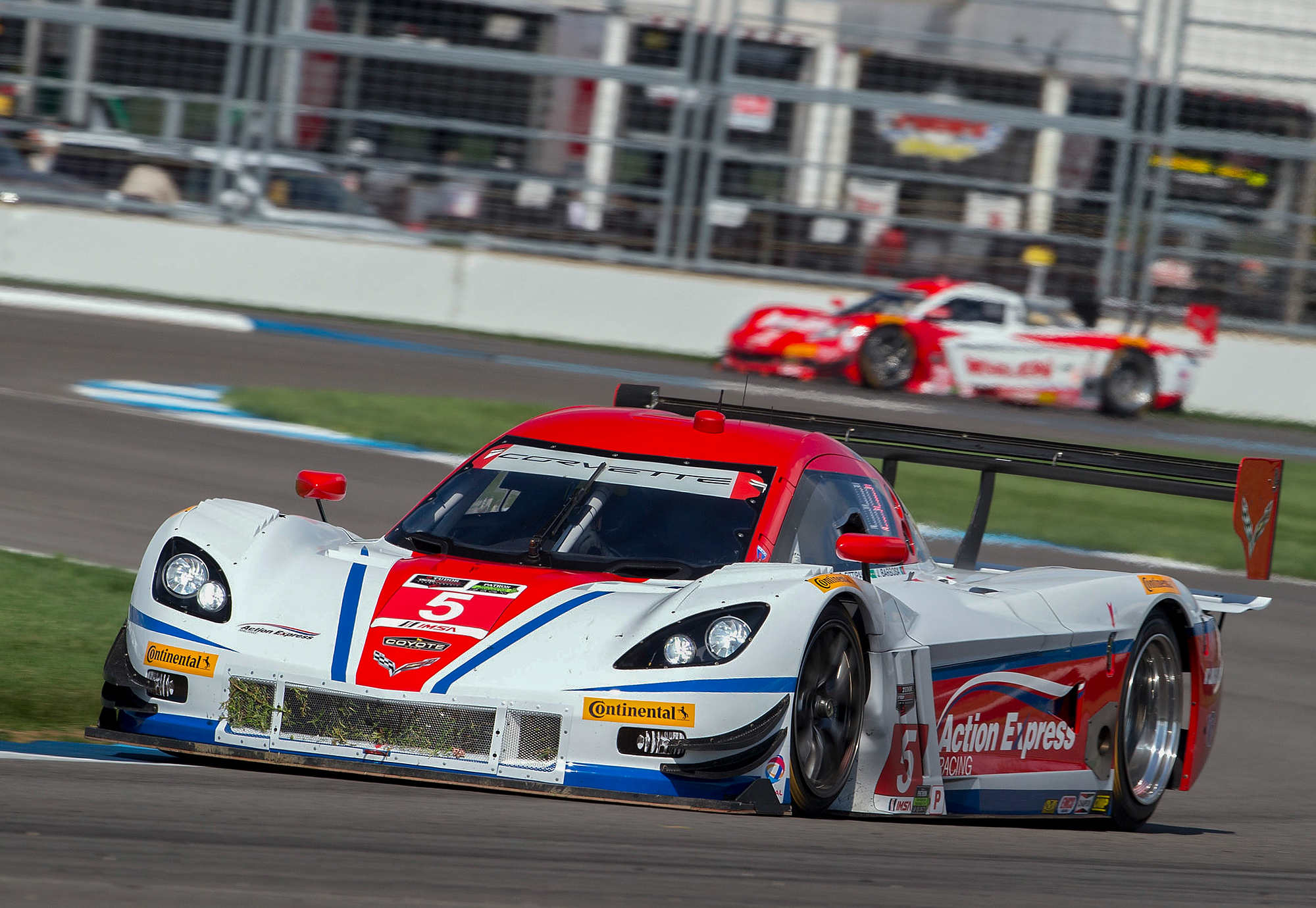 When Pruett and Richard Westbrook brought their DP entries to pit road from second and third place, respectively, with eight minutes left in the two-hour, 45-minute race, the win was sealed for Barbosa and co-driver Christian Fittipaldi, who snatched the series lead from fourth-place finishers Jordan and Ricky Taylor.

Barbosa and Fittipaldi hold an unofficial two-point edge heading to the Aug. 8-10 weekend at Road America in the Prototype point standings.

"I was saving fuel the whole time," Barbosa said of his long stint in the car. "The end was kind of easy, but to get there was so, so hard. It was unbelievable."

Before Pruett pitted late, Barbosa was concerned about his own fuel situation.

“I kept asking the team, ‘How are we doing on fuel?’” Barbosa said. “And they said, ‘Don’t worry. Just keep doing what you’re doing. We should be fine.’ Luckily, we had a good gap and could keep the car out of trouble. Just a tremendous job by the team, giving us a car we could run at a good pace while still saving fuel…

“When the other guys pitted the last time, I could breathe a little bit.”

The No. 10 Konica Minolta-Corvette DP driven by the Taylor brothers started seventh and sustained early damage during contact with the No. 01 Telcel Chip Ganassi Racing with Felix Sabates Ford EcoBoost/Riley driven at the time by 19-year-old Sage Karam.

While Jordan Taylor slipped back to eighth, Karam, the reigning Indy Lights champion, subsequently drove the No. 01 to the second position, trailing leader Barbosa by less than two seconds at the midpoint of the 2-hour, 45-minute race.

With just over one hour, 10 minutes remaining, Karam surprised Barbosa with a daring pass and grabbed the lead before handing the car over to Pruett with 56 minutes left.

Karam's pit stop for the driver change handed the lead back to Barbosa, who brought his No. 5 Corvette DP to pit road with 52 minutes remaining. After the stops cycled through, Barbosa led Pruett by nearly five seconds.

For his part, Pruett was trying to catch Barbosa while fending off Ryan Dalziel, who had driven the pole-winning No. 1 Tequila Patron HPD ARX-03b/Honda into third place after teammate Scott Sharp had fallen back to sixth early in the race, thanks to the cars difficulty at the start and with the restart after the first caution.

Dalziel, however, spun in Turn 1 of the 14-turn course as he tried to pressure Pruett and lost the third spot to the No. 90 VisitFlorida.com Corvette DP of Richard Westbrook as the top DP entries began to string out under the green. Barbosa extended his advantage over Pruett to more than seven seconds as the race hit the 2:15 mark.

After hounding Westbrook for the third position, Dalziel ran short of fuel with 13 minutes left and dropped to eighth in the running order, ultimately finishing fifth.

After Pruett and Westbrook made their late pit stops, the two drivers regained their second and third spots and finished there.

In the GT Le Mans classification, former Formula 1 driver and pole winner Giancarlo Fisichella led early in the Risi Competizione Ferrari 458 Italia but gave way to the 911 Porsche North America Porsche 911 RSR driven by Nick Tandy, who opened a lead of more than two seconds over Jonathan Bomarito (who had usurped second from at the 90-minute mark.

But Tandy’s Porsche developed engine issues, and Bomarito seized the opportunity to claim the win in the No. 93 Dodge Viper SRT, breaking a streak of four straight victories for the No. 3 Corvette C7.R entry of Jan Magnussen and Antonio Garcia, who finished fourth.