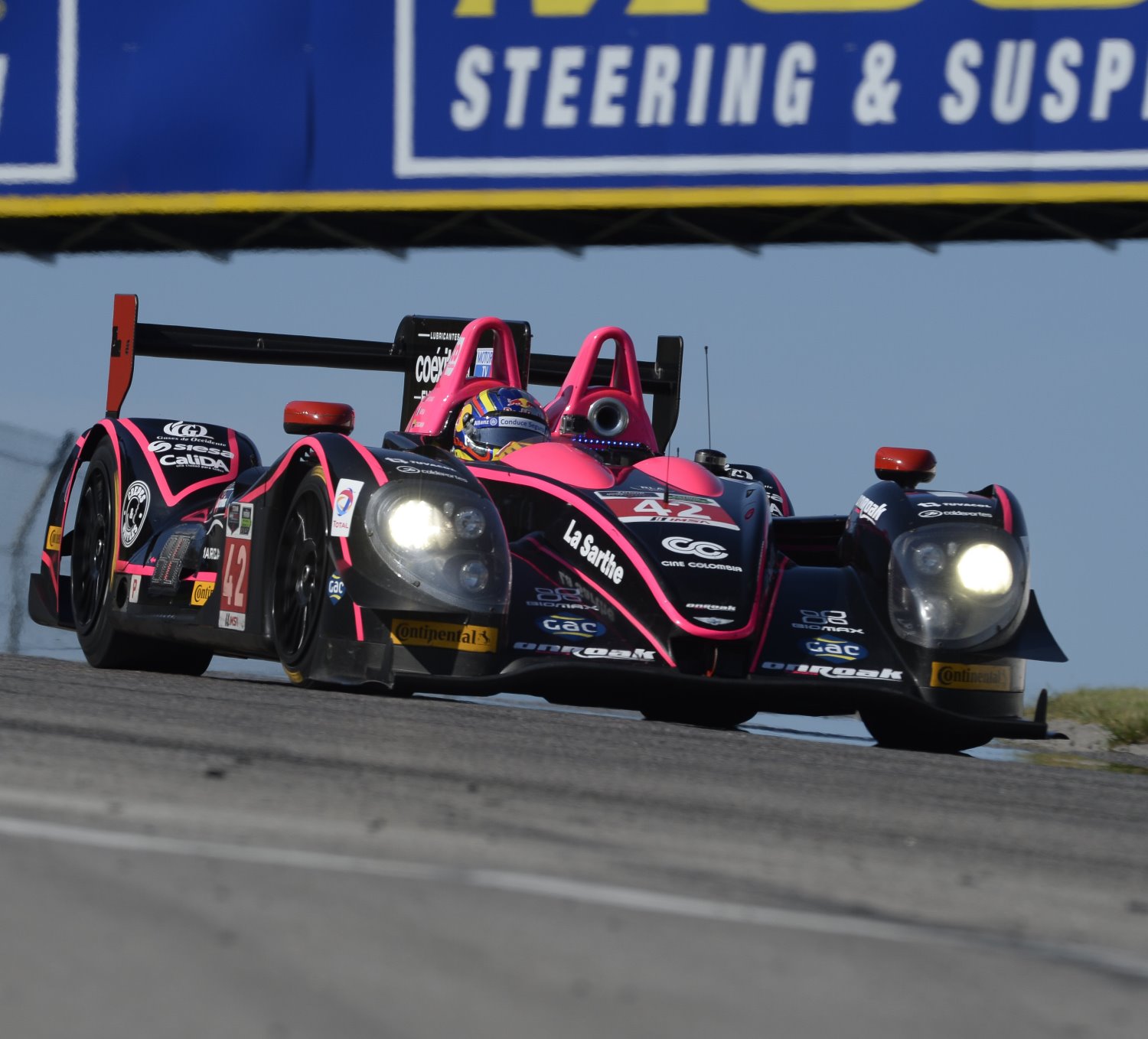 OAK Racing has made steady progress in its debut season in North America, knocking on the door of its first TUDOR United SportsCar Championship victory with back-to-back podium finishes at Detroit Belle Isle and Watkins Glen International.

That door was kicked wide open Sunday at Canadian Tire Motorsport Park as Gustavo Yacaman and Olivier Pla drove the team's No. 42 Morgan/Nissan to a convincing victory, leading every one of the 133 laps in the two-hour, 45-minute Mobil 1 SportsCar Grand Prix Presented by Hawk Performance.

Based in Le Mans, France, OAK Racing is competing in North America on a full-time basis for the first time in 2014 after winning the FIA World Endurance Championship LMP2 title in 2013.

"We came here and did our job, which was to drive around without mistakes and stay out of trouble," said Yacaman. “The team has been working really hard this whole season to make the tires work with the car. We’ve just developed it and gotten better and better each race."

Richard Westbrook was able to shave the deficit to Pla from 24 seconds to 7.886 seconds in the closing minutes, but settled for second in the No. 90 VISITFLORIDA.com/GoPro Corvette DP started by co-driver Michael Valiante.

Brothers Ricky and Jordan Taylor fought back to finish third after an early-race slide through the grass resulted in an unscheduled pit stop to clean the grille. The drivers of the No. 10 Konica Minolta Corvette DP unofficially lead the Prototype driver standings by five points (218-213) over No. 5 Action Express Racing co-drivers Christian Fittipaldi and Joao Barbosa.

Yacaman moves to third in the unofficial point standings with the win, 10 points out of first, while Westbrook and Valiante sit fourth, 11 points back. OAK Racing and the No. 90 Spirit of Daytona team each have scored three consecutive podiums and alternated the top two spots in the last two races.

"We're absolutely rivals now and it’s great for the championship," said Westbrook. "We've been racing hard with them since day one, but we’re delighted for them. These are two very different cars, but the lap times are very close. We’re quicker in different areas in the track, that’s it, if you want us to race close to each other that’s how it’s going to be."

It was the third TUDOR Championship race of the season to run without a full-course caution flag. While the racing was clean on Sunday, the race weekend wasn’t short on attrition in the Prototype class leading up to the event.

A pair of separate practice incidents Friday afternoon forced the No. 31 Whelen Corvette DP and No. 0 DeltaWing DWC-13 teams to withdraw from the race. On the pre-race recon lap, Memo Rojas hit a water puddle in the No. 01 Telcel Ford EcoBoost/Riley spinning him hard into the wall.

The No. 01 team missed the start of the race, but returned to the track shortly after the one-hour mark to ensure Rojas and co-driver Scott Pruett could earn the minimum 20 minutes of track time to receive points for the event.

The TUDOR Championship returns in two weeks for the Brickyard Grand Prix at Indianapolis Motor Speedway. That race, which features all four TUDOR Championship classes, will be run Friday, July 25 at 5:45 p.m. ET (FOX Sports 1, SDD at 7 p.m. ET)..