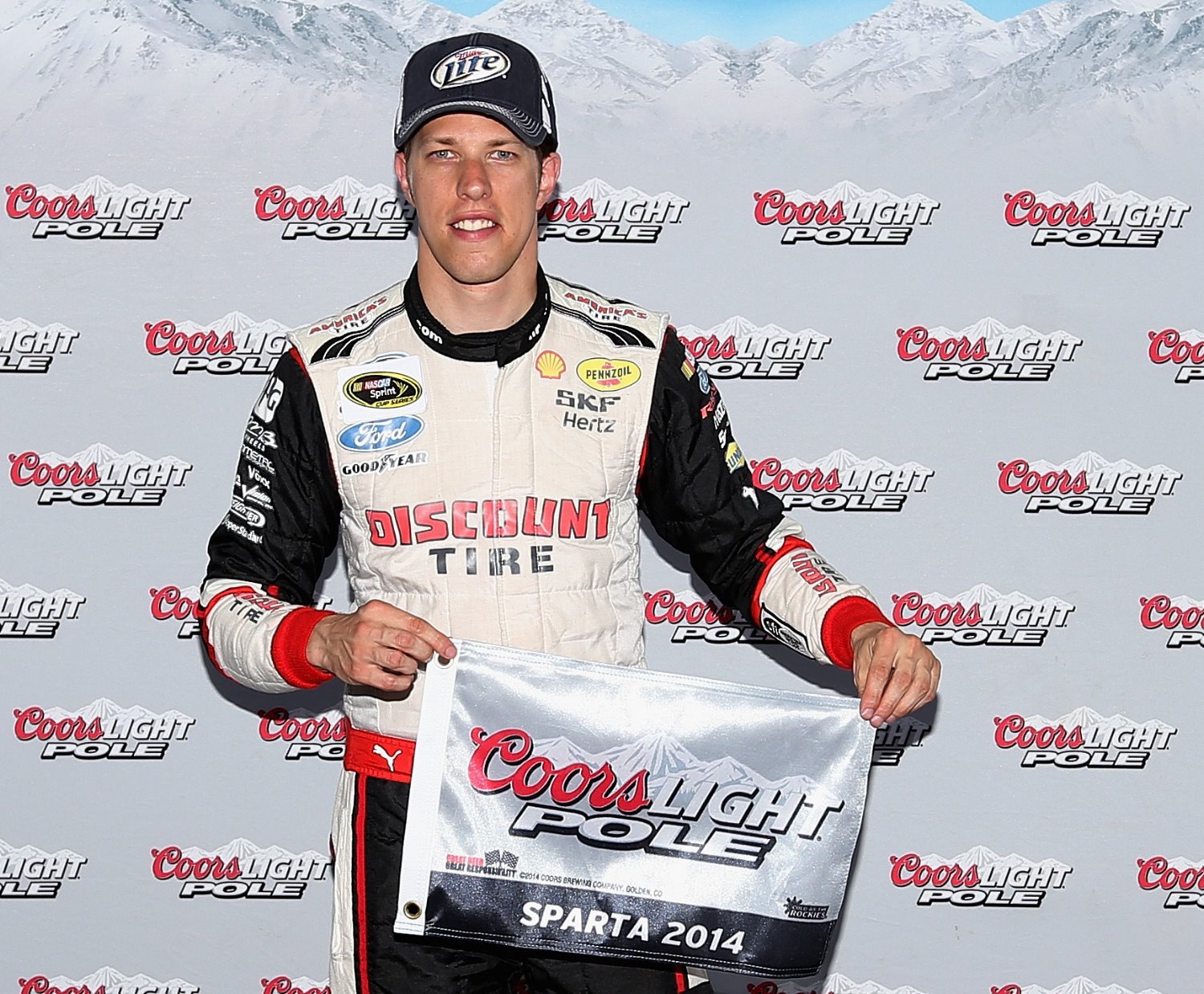 With a lap of 28.603 seconds at 188.791 miles per hour, Keselowski in his No. 2 Miller Lite Ford Fusion knocked Team Penske teammate Joey Logano from the top-spot with under three minutes remaining in the final five-minute session. The previous track record held by Dale Earnhardt Jr. in 2013 at 183.636 miles per hour was beaten by 23 drivers.

"The last few years we've been awful in qualifying, so ying and yang, it's balancing back out," said Keselowski. "It's a huge morale booster for us and we've got to make it count on race day. Qualifying is great, but on Monday nobody talks about who won the pole — they talk about who won the race. We want to be that guy."

Logano, who paced both the first and second knockout sessions respectively made a last minute effort to try and bump Keselowski, but came up nearly two-tenths short for his fourth second-place starting spot of the year.

"We won the first two sessions and I'm like, 'Man, isn't it going to rain?'" Logano said. "It didn't rain and we came in second. … We keep winning the wrong session."

Gordon though despite starting from the inside of row-two, was extremely satisfied with his effort.

“Oh my gosh you never want to be satisfied unless you are on the pole or in Victory Lane, but this sort of feels like a victory for me because that first run was not pretty," said Gordon. "I don’t know the car just didn’t do what I wanted it to do. That was a pretty wild session for the Drive to End Hunger Chevrolet, but those last two or three runs were just so solid. That is a great place to start this race."

Team Penske ended the second session in reversal roles with Clint Bowyer, Kurt Busch and Kyle Larson inside the top-five. In the first knock-out qualifying session, Joey Logano led the way ahead of Danica Patrick, Jeff Gordon, Brad Keselowski and Jamie McMurray to close out the top-five. The intensity roared from near the bubble line, which shifted within the last couple minutes of the session.

Jimmie Johnson in his No. 48 Lowe’s Chevrolet SS went out late and bumped himself inside the top-24, but a rally by Carl Edwards knocked the reigning champion out. He’ll start 25th.

Two-time 2014 winner Dale Earnhardt Jr. only maneuvered the 29th quickest lap overall in his No. 88 Chevrolet SS after three runs.

No one failed to qualify for the seventeenth race of the season.