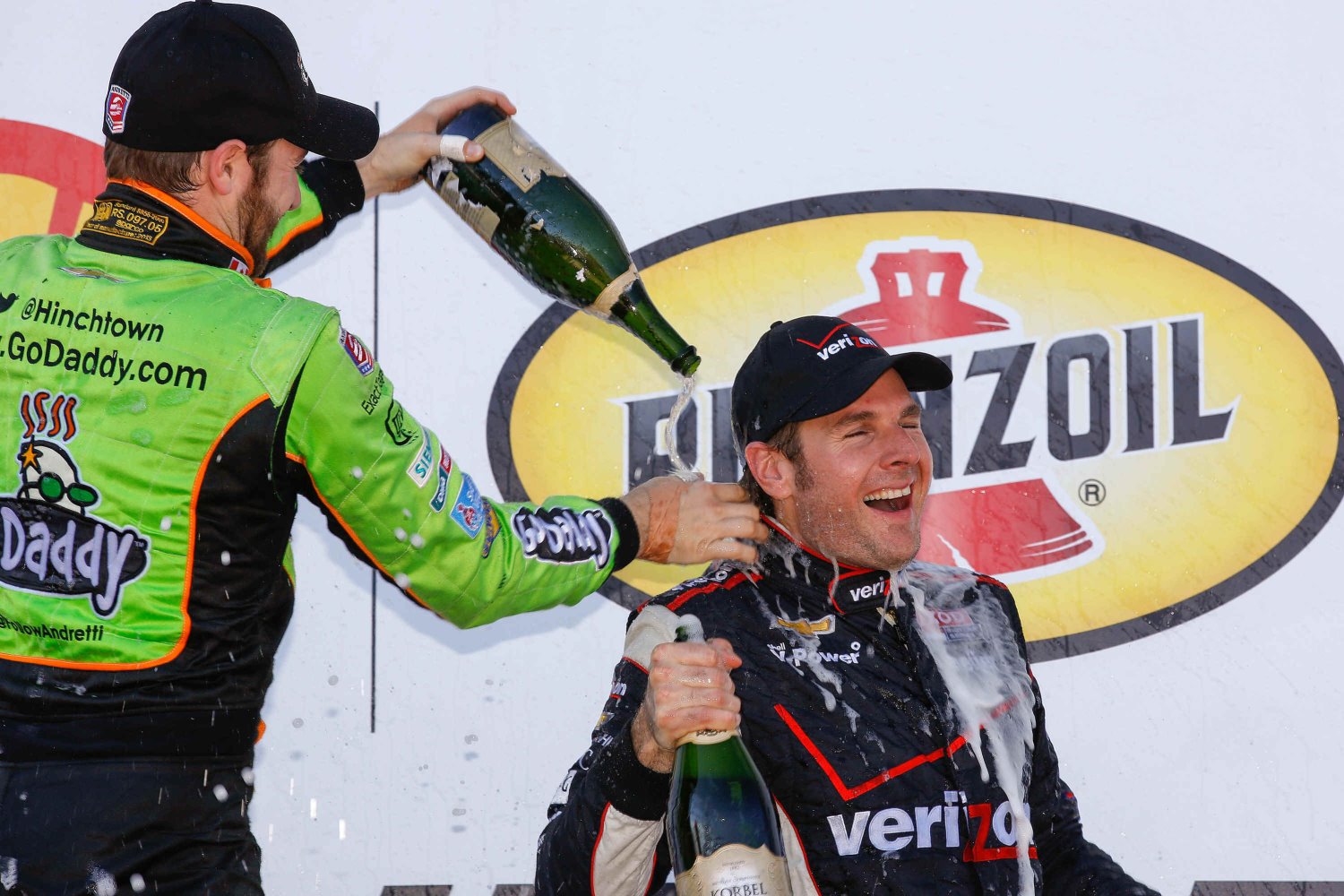 During the 2014 race season, AutoRacing1.com columnist Brian Carroccio will preview all Formula 1 and IndyCar races. Below, is Brian's preview of this weekend's Shell and Pennzoil Grand Prix of Houston presented by The Greater Houston Honda Dealers.

After two idle weekends, the Verizon IndyCar Series returns to action this weekend in Houston, Texas for the Shell and Pennzoil Grand Prix of Houston presented by The Greater Houston Honda Dealers. The ‘Double Down in H-Town’ will mark the second doubleheader weekend for the series in 2014. Both races will be contested on the 1.683-mile MD Anderson Cancer Center Speedway at NRG Park will be 90 laps.

There are three previous winners of the event in this year’s field. Target Chip Ganassi Racing’s Scott Dixon won Race 1 from pole last season, while Team Penske’s Will Power won Race 2. Dixon, who finished second to Power in the Sunday race, parlayed his strong weekend in Houston and a difficult two races by title contender Helio Castroneves, who started Race 2 from pole, into capturing his third series championship. KVSH Racing’s Sebastien Bourdais won the previous incarnation of the event under Champ Car sanctioning in 2006 and from pole in 2007.

Who else runs well at Houston?

Of course, our sample size is very limited being that Indy car racing returned to Houston just last year after a six year absence. However, Bourdais’ teammate in 2007, Graham Rahal, came home second that year to help complete a Newman/Haas/Lanigan Racing 1-2.

If you want to go back over a decade, there were four CART events on the downtown streets adjacent to the George R. Brown Convention Center from 1998-2001. Four drivers in this year’s field (Juan Pablo Montoya, Helio Castroneves, Scott Dixon, and Tony Kanaan) took part in those CART events. Montoya started from pole in both 1999 and 2000, and finished second in 2000 to current KV Racing Technology co-owner Jimmy Vasser. Kanaan finished third in 1998.

Is there anyone with a particularly unexceptional record in Houston?

Again, the sample size here is limited. However, 2014 Indianapolis 500 winner Ryan Hunter-Reay finished 20th and 21st last season in what thus far have been his only Houston starts. Also, as previously mentioned Castroneves had a disastrous weekend in 2013, finishing 18th and 23rd.

What are some of the storylines headed into the weekend?

There are many. But let’s start with the event itself.

As you probably remember, the 2013 Houston event was not a glorious one for either the series or event promoters. Issues with the track surface, combined with inclement weather delayed practice and qualifying sessions. A temporary chicane was put in place on Friday to slow cars down when approaching a bump on the track.

And of course, there was Dario Franchitti’s last lap accident, which called into question the track design layout, catch-fence safety and other issues with both series and circuit.

Luckily, temperatures are expected to only reach the high 80s in the typically scorching Houston, with the possibility of rain showers.

Nonetheless, after a less-than-stellar showing in 2013, how smoothly the event goes is probably the #1 story headed into the weekend.

The last time IndyCar had a standing start, of course, turned out to be something of a disaster, when pole sitter Sebastian Saavedra stalled at the start of the Grand Prix of Indianapolis. Carlos Munoz and Mikhail Aleshin would both hit Saavedra, with Montoya and Mike Conway also sustaining damage.

Last season in Race 1 at Houston, Hinchcliffe stalled on the grid, and was hit by an oncoming Ed Carpenter. The contact ended the day early for both.

Also, Saavedra stalled on the start at Long Beach, while Josef Newgarden’s car stalled before the start at Toronto last year creating the need for a rolling start.

While a race preview may not be the forum for a referendum on the pros/cons of standing starts, it should be mentioned that AR1 has long advocated for them. Simply put, a standing start is one of the most thrilling phenomena in motorsports and they are successfully conducted throughout the world every weekend. Further, they are inherently fairer than rolling starts, and as we saw in Long Beach, they can work.

That said, if there is a repeat of whatever circumstances plagued Saavedra and Hinchcliffe, or broken carbon fiber that the teams can attribute to some malfunction of the standing start, look for the proverbial s*** to hit the fan in the paddock.

What about the race itself?

Keep in mind, many IndyCar teams have devoted a rather significant percentage of time since the last race in Texas on the testing trail. Sure, much of the testing has been at oval tracks such as Iowa, Milwaukee and Pocono. However, this recent three week stretch between races marked the first time in 2014, teams had the opportunity to recalibrate if you will. And whether any teams come to Houston with a new perspective in terms of the setup sheet or just in general will be an intriguing story.

Probably, the team to keep our eye on the most will be the Ganassi operation. Similar to last year when they went to Sebring after a disastrous weekend in Iowa, the 2013 champs headed to Florida once again.

Granted, it might be asking a lot for Team Ganassi to have a repeat of 2013. However, I imagine we’re going to see improved form from somewhere in that team this weekend.

Who are the favorites for victory?

If had to pick any one driver I would take Power, who leads the championship standings has 5 podium finishes in 8 starts this year. But I can make arguments for Castroneves, who was on form at Detroit; Hunter-Reay, who is due to get back on track; Dixon, who dominated in Houston a year ago; Conway, who was fast at Detroit but opted for the wrong tire strategy in the Sunday race; or Pagenaud, who seems to always be sniffing around the top-5 would all be good selections.

We know those things. Give us someone who can pull off a surprise victory in Houston.

I’m not sure I’d call Hinchcliffe a sleeper, but he hasn’t been on the podium all year. And The Mayor is long overdue to parlay his exceptional 2014 qualifying form into a either a pole position or a podium finish.

Wilson has the ability to slay the Goliaths of IndyCar on his day, and has run strong at Houston in the past.

But if you want a long shot how about Luca Filippi, who is making his debut this weekend in the #16 Rahal Letterman Lanigan Honda. The Italian ran as high as second in Race 1 last year before an untimely caution caught him out. Filippi has the speed. And with a little good fortune, he could be a factor in this weekend’s outcome.