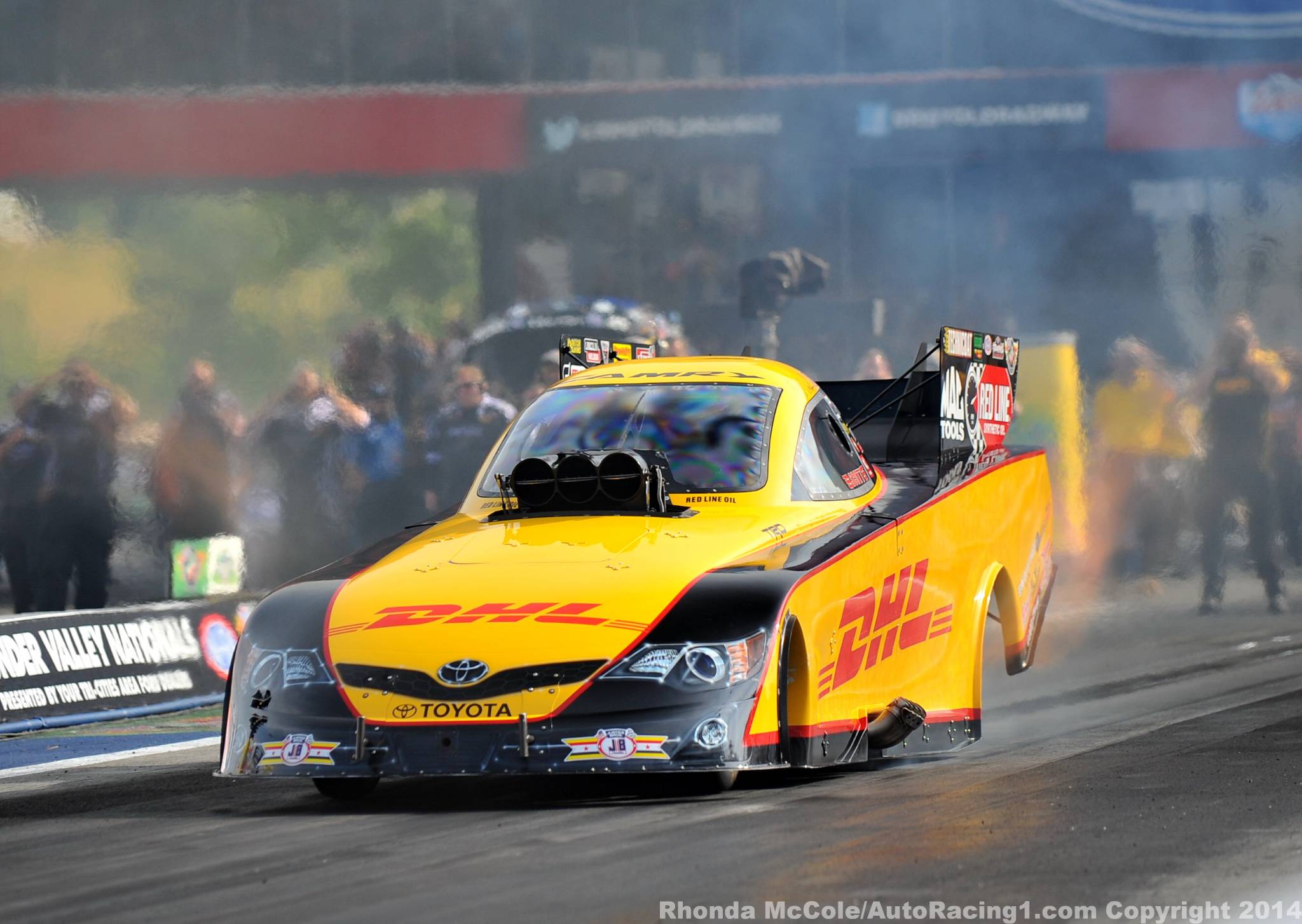 With rain wiping out the second round of Top Fuel qualifying on Friday, that left just two rounds on Saturday to set the field, but with only 16 entries, no one was in danger of going home early.

Brittany Force took the top spot with a quick pass of 3.828 seconds at 317.94 mph during Friday’s single qualifying session that went unmatched on Saturday, earning the second-year driver her second-career no. 1 qualifier position and first-round matchup against the legendary Chris Karamesines

Force’s top qualifying effort marks her career-best start at Bristol, where her father John Force has four-career victories and is the defending Funny Car winner.

“[Winning] would be the ultimate Father’s Day present to my dad," said Force. “I love coming here to Bristol. It’s one of my favorite tracks by far. It’s just beautiful and green, and I have forgotten how loud it is when you’re standing down here at Thunder Valley. I’m excited for race day, and I would love to end up in the winner’s circle. I think it’s pretty awesome to be running alongside the legendary Greek."

Two-time Bristol Funny Car winner Del Worsham earned his 15th-career top qualifier and second of the season and broke his own track record in the process, pulling off a run of 3.992 seconds at 319.45 mph, besting the mark of 4.008 seconds set here a year ago as well as the track speed record of 317.05 set by Jack Beckman.

“Every race seems like we’ve gotten stronger and stronger," said Worsham, who will face off against Jeff Arend in Sundays opening round. “Hopefully tomorrow we can maintain that strength. It should be a great race against my good friend Jeff Arend tomorrow."

More records fell in the Pro Stock division as Shane Gray claimed the no. 1 spot with a blistering run in Saturday’s final round of qualifying, posting a 6.612 at 208.78 mph to eclipse both the track ET and speed record.

Gray had held to top spot through both of Friday’s rounds before Jeg Coughlin bumped him from pole in the opening session.

In the final round, Gray and Coughlin faced each other as the final pair in qualifying and both put on a thrilling side-by-side race, posting identical ET’s of 6.612, but Gray got the record and top qualifier thanks to his top speed of 208.78 being a tick faster than Coughlin’s 208.62.

“We are living for today," Gray said. “I wouldn’t be sitting here if it wasn’t for my crew. We definitely have the equipment to do what we did today. I’m not going to worry too much until tomorrow and have some fun."

John Gaydosh, Jr. was the only non-qualifier for Sunday’s race. Curt Steinbach took the bump spot and will face Gray in the opening round of eliminations.