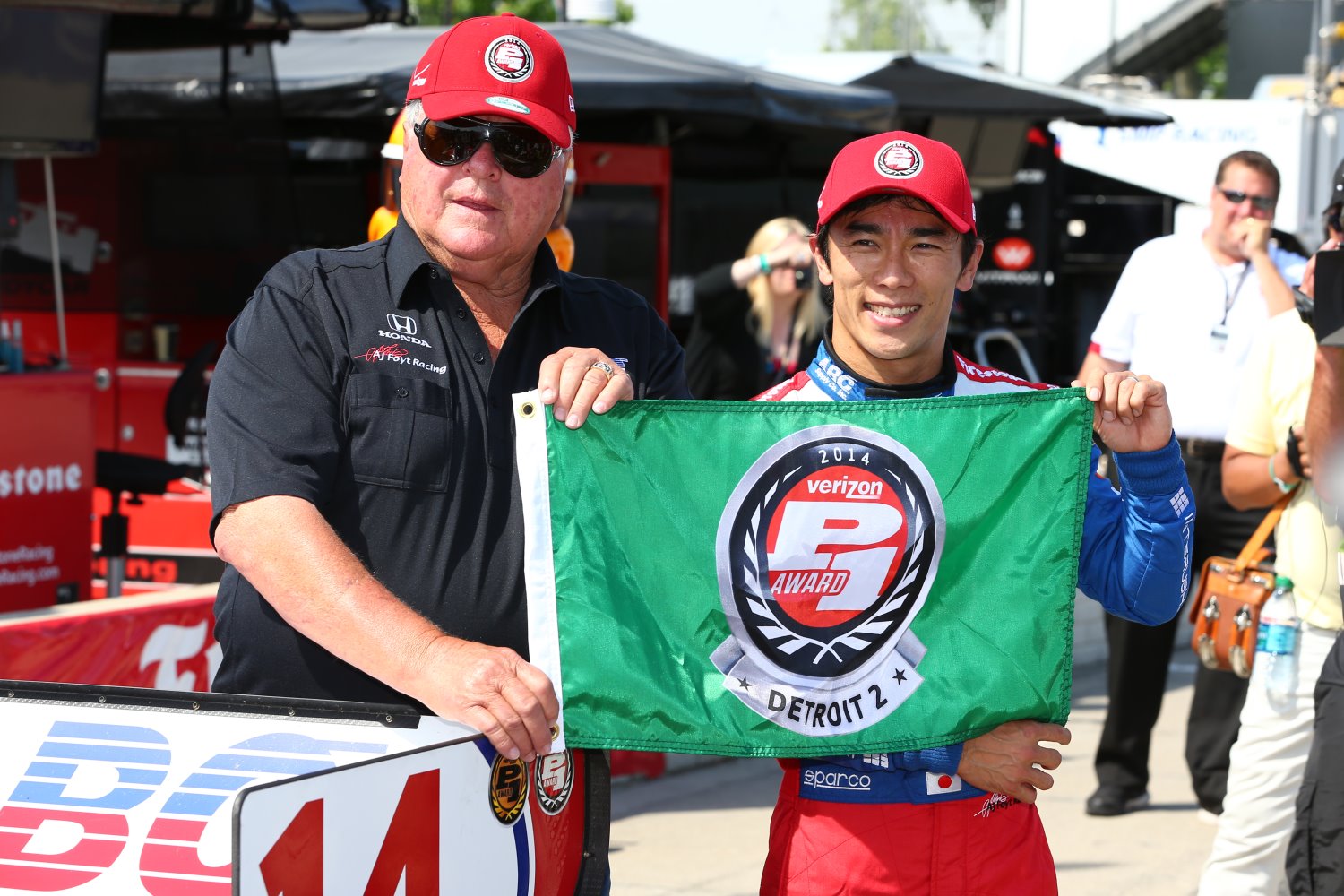 Andretti Autosport's James Hinchcliffe will start on the outside of the front row. The second-place qualifying position, is the fifth such effort for the driver of the #27 United Fiber and Data Honda this season, and ninth of his career. Hinchcliffe has never won a Verizon IndyCar Pole award.

"I'm extremely pleased for the ABC Supply team," said Sato. "Yesterday's race was tough with the gearbox problem, but we used the race as a test session and we learned a lot. We found something that we needed to solve and the team and our engineers did a great job getting everything together.

"I knew the track was really good from watching the first group. I wasn’t sure I could do it, but when I had two laps to go I felt confident that the car worked really well and the last lap the car turned right. I just had to make sure that I didn’t make a mistake as I was committed 100 percent of the time. That’s a really great moment for qualifying."

With just one 12-minute session for each of the two groups of 11 drivers, the qualifying was an all or nothing effort. For the ABC Supply team in the second group, Sato drove the ultimate lap posting a time of 1 minute, 16.1371 seconds (111.115mph), which was nearly a quarter of a second quicker than outside pole winner James Hinchcliffe, who was the quickest in the first group of qualifiers. The groups line up with the group earning the pole occupying the odd-numbered positions and the other group the even-numbered positions.

Helio Castroneves began his celebration of nipping James Hinchcliffe for the pole several seconds too early as Sato had yet to cross the line. Elation turned into dejection as he realized he would be starting third instead of first.