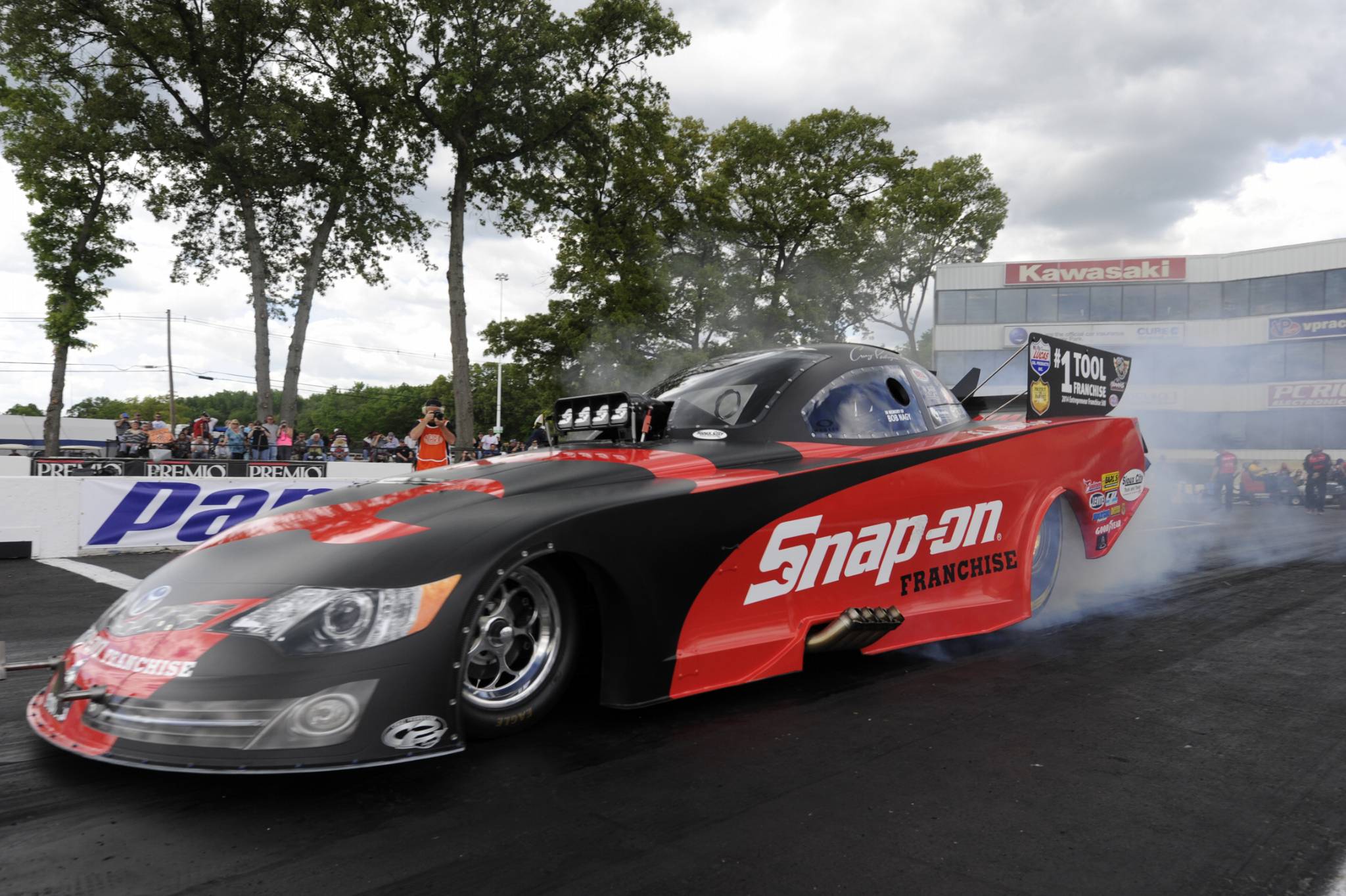 Doug Kalitta was quickest in Top Fuel Saturday and earned the No. 1 qualifying position at the Toyota NHRA Summernationals at Old Bridge Township Raceway Park.

Kalitta led the field on Friday and improved his performance with a 3.748-second pass at 327.66 mph in his Mac Tools dragster on Saturday. Kalitta’s car has been consistently quick all weekend.

The run gave Kalitta the 40th No. 1 qualifying position of his career and fourth of the season. Kalitta will open eliminations against No. 16 qualifier Clay Millican as he goes for his second win of the season.

“So far, the thing has been running strong, going consistently down the track all of our qualifying runs," said Kalitta. “I’m just real proud of those guys and looking forward to tomorrow. Conditions should be good tomorrow. It’s a little cooler than it normally is here, so I think that’s helping everybody with the performance. It should be a fun day here tomorrow, I’m thinking."

The racetrack at Englishtown has special meaning for the Kalitta family and team owner and family patriarch Connie Kalitta, after Connie’s son Scott was killed during a qualifying run at an NHRA event at the facility in June of 2008

“It’s a love-hate relationship with this place," said Doug Kalitta. “I’d love to get the win and give the trophy to Connie. That would be kind of cool. I’m just looking forward to tomorrow and doing good and seeing how it goes."

Richie Crampton was second in his GEICO/Lucas Oil dragster with a 3.750 at 326.95. It is the highest starting position for the Top Fuel rookie, who will have a first round matchup with New York racer Dom Lagana.

In Funny Car, Pedregon powered his Snap-on Tools Toyota Camry to a track record performance of 3.959 seconds at 310.48 mph to lead the field on Friday. The run, the quickest ever in the 10,000-horsepower category, will be certified as an NHRA national record if he can post a time of 3.999 seconds or quicker on Sunday.

“We had such monster early runs yesterday," Pedregon said. “It’s like a tiger by the tail, a snake by the tail. It was pretty aggressive."

Pedregon’s Saturday qualifying efforts were not as successful as his Friday pass. He overpowered the track on the first run and his second run was undone by a parts malfunction when a bracket on the team’s starter prevented him from attempting the final qualifying pass.
“It was just a good-old-fashioned breakage," said Pedregon. “It’s probably one of those things that will never happen again in my career, and it will probably not happen to a lot of people in their careers. It had freak accident written all over it."

It was the 56th No. 1 qualifying position of Pedregon’s career, fifth at Raceway Park and second of the season. He will face Terry Haddock in the opening round.

Del Worsham reset the track speed record on Friday with his 3.994 run at 321.04 in his DHL Camry, good enough for the No. 2 seed. He will race Tony Pedregon in the first round.

In Pro Stock, Johnson reset the track E.T. record after the first day of qualifying and improved on that performance with a 6.472 at 214.35 during the final session in his Magneti Marelli /Team Mopar Dodge Dart.

Johnson’s run capped a day of historic runs in the Pro Stock category. Johnson’s run was the second quickest E.T. in history and he will attempt to back it up tomorrow for a national record. The Pro Stock No. 2 qualifier, Erica Enders-Stevens, reset the national speed record with her 215.55 mph pass, the first time that a Pro Stock car has reached 215 mph. The qualifying sessions provided seven of the top 10 fastest speeds in Pro Stock history and 11 of the top 15.

“Our guys put our Magneti Marelli Dodge on kill and it stuck and we went to the top," said Johnson who secured his second No. 1 qualifier of the season and 33rd of his career. “I could tell it was going to be fast right before we ran when the cloud cover rolled in and it cooled off a bit. The conditions were almost exactly the same as when we ran this morning and the track, especially the left lane, was awesome."

Johnson starts his chase for his fourth win of the season against Chris McGaha. Enders-Stevens will pilot her Elite Motorsports Chevy Camaro in a first round matchup with Val Smeland. She is looking for her third win of the season.

Krawiec claimed his second No. 1 qualifier of the season in Pro Stock Motorcycle by producing a track record time of 6.747 at 198.90 on his Screamin’ Eagle Vance & Hines Harley-Davidson. Krawiec, a former track manager at the Englishtown dragstrip, now has three No. 1 qualifiers at his home track.

"Obviously it's great to be back in New Jersey and to be running so well," said Krawiec. "Now, I just need to do my job tomorrow."

Hector Arana Jr. is the No. 2 qualifier following his 6.772 run at 198.12 and will face Jim Underdahl in the first round. Series points leader Andrew Hines set a track speed record at 199.23 mph on his Screamin’ Eagle Harley-Davidson, but qualified third with a 6.778. He will race Adam Arana in the opening round.