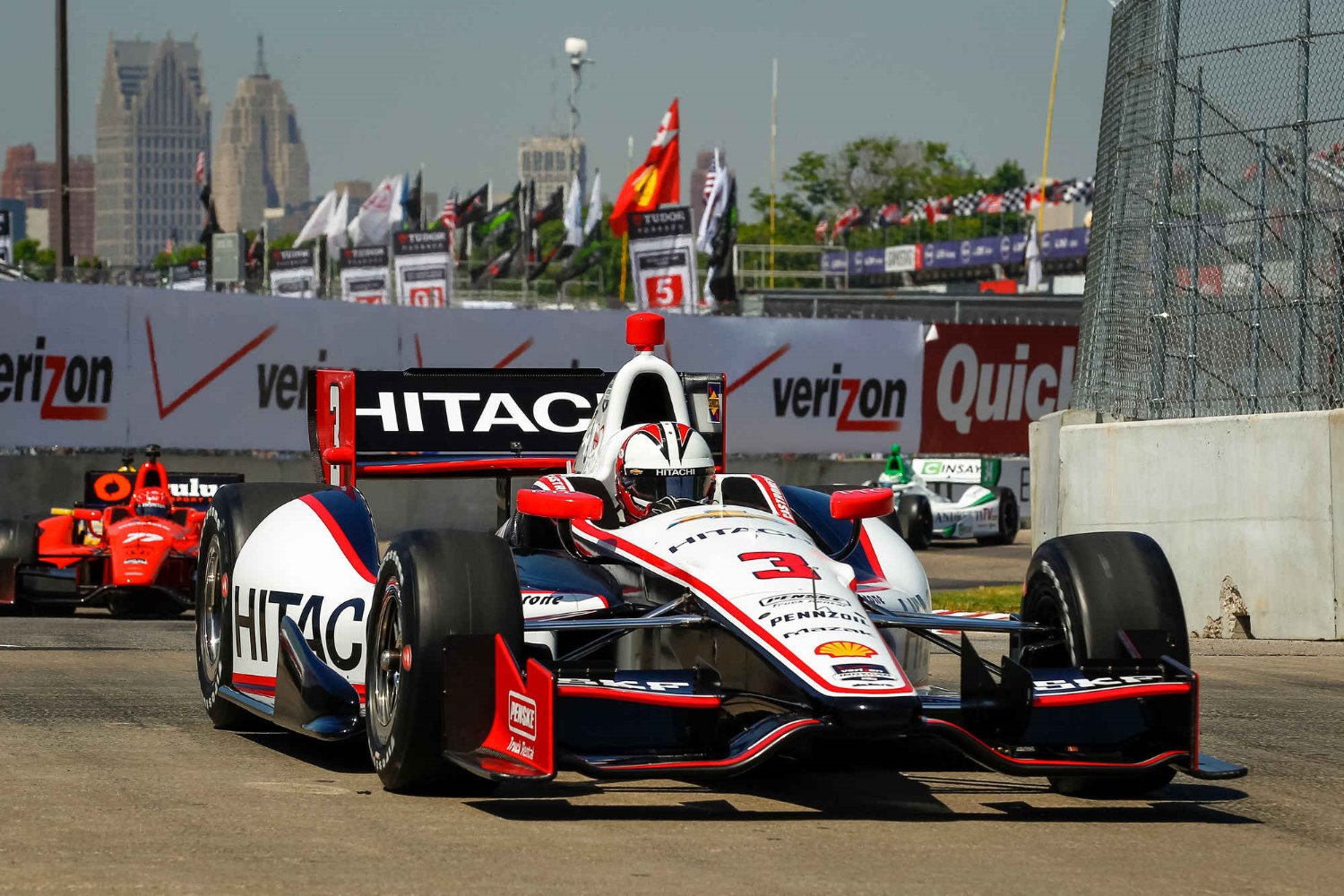 He finished a close 2nd in the Indy 500, but Helio Castroneves has come out swinging in Detroit – comfortably taking pole position by 0.4426 seconds in his Chevy over the Hondas of James Hinchcliffe and Jack Hawksworth.

Pole for this race put a smile back on Roger Penske's face after a bitter defeat at the hands of Ryan Hunter-Reay and Andretti Autosport in Indy. The fact that Roger is the race promoter here in Detroit makes the pole even sweeter.

"The car is spectacular, it's on rails," said Castroneves, whose lap of 1:17.2597 in Group 1 of Round 1 set the track record in its current 2.36-mile, 13-turn configuration. "The car that we had at Indy was amazing and we're carrying that momentum."

It was the 39th career Indy car pole for Castroneves, who is the active leader, and his first of the season. Earlier this season, Castroneves earned third-place finishes on the St. Petersburg and Indianapolis street circuits after starting 10th. He is the sixth different pole winner in as many races.

James Hinchcliffe, driving the No. 27 United Fiber & Data car for Andretti Autosport, posted a best lap of 1:17.9788 in the Firestone Fast Six to earn his third front-row start this season on road/street courses. Rookie Jack Hawksworth, who has advanced to the Firestone Fast Six round three times, will start a season-best third in the No. 98 BHA/BBM with Curb Agajanian car and will join Ed Carpenter Racing's Mike Conway, the Race 1 winner last year, on Row 2.

Ryan Hunter-Reay, who vaulted to a 40-point lead in the championship standings on the strength of his victory in the Indianapolis 500 that supplied double points, will start 21st after the left-rear of the No. 28 DHL car for Andretti Autosport brushed one of the concrete barriers in Group 1 of Round 1. Will Power, who is second in the standings, qualified 16th in the No. 12 Verizon Team Penske car.

Race 2 qualifications, divided into two groups for 12 minutes each on the circuit, will be held at 10 a.m. (ET) Sunday.