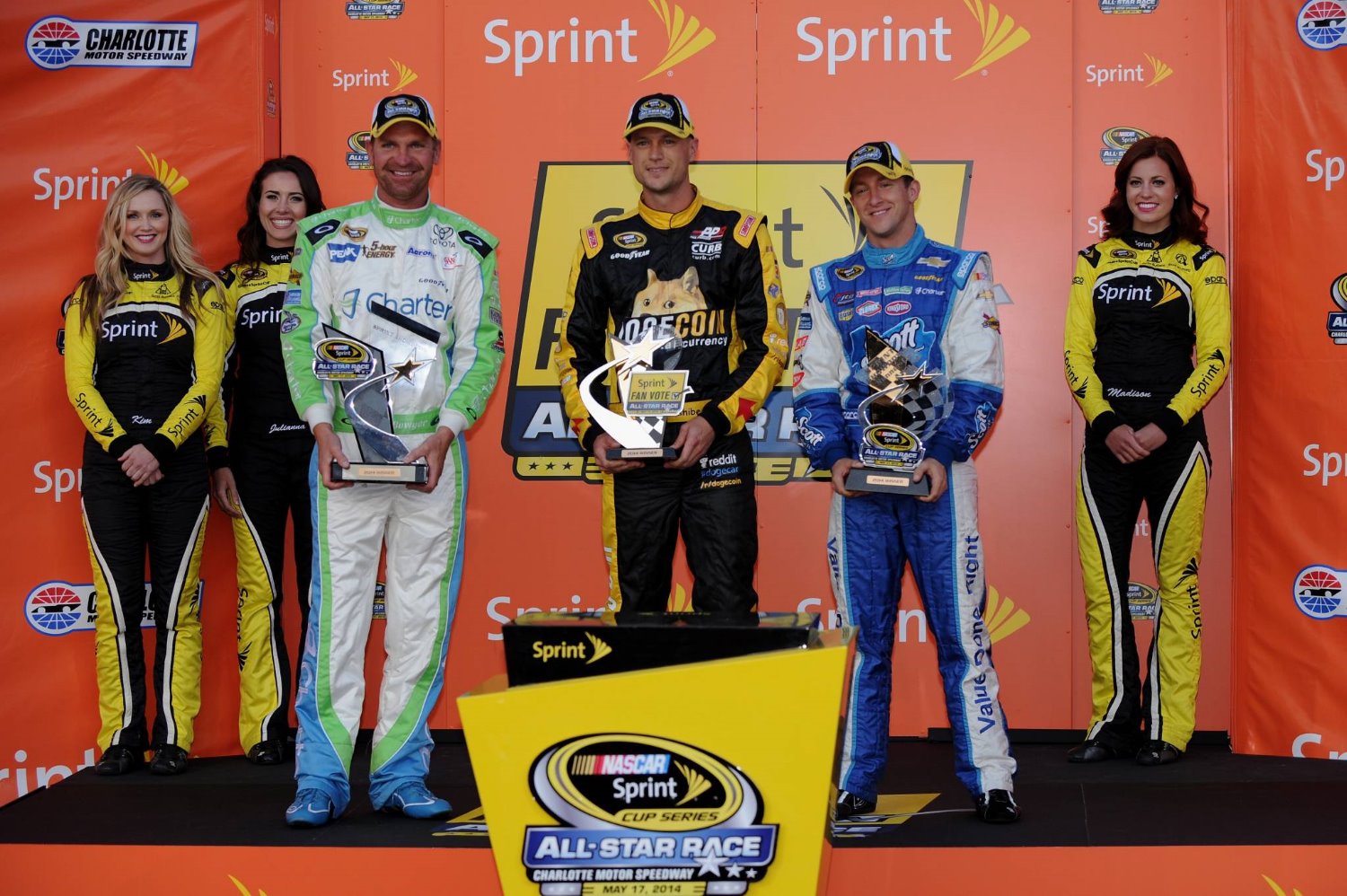 Clint Bowyer won the Sprint Showdown at Charlotte Motor Speedway on Friday night to advance into the field for Saturday's 30th-annual NASCAR Sprint All Star race and a shot at a $1 million dollar payday.

Bowyer, currently 20th in the Sprint Cup point standings and without a win so far this season, will be looking for his first-career all-star victory – his best finish was 12th in 2009.

"I wasn't very thrilled about being in this race, but nonetheless, like you said, that's what we deserved,"� said Bowyer. "We haven't run well, haven't run where we're capable of running, and it's been frustrating. But like I said, it's a humbling sport. It always has been. I'm a big boy. If this is where we are, we've got to go out there and race hard and qualify into that race and become an all-star."�

Josh Wise topped the Sprint Fan Vote in a huge upset to transfer into the All Star field, benefiting from a massive on-line campaign to garner enough votes to make his first career all star race.

Allmendinger led the first 18 laps of the first 20-lap segment after taking the lead from pole-sitter Austin Dillon on the opening lap while Bowyer quickly moved up from the third starting spot to take second.

Marcos Ambrose brought out the first caution flag on lap four while battling Ricky Stenhouse, Jr. for position in turn two, spinning down toward the inside wall but avoiding any major damage.

Back under green, Allmendinger continued to lead with Bowyer still stalking him for the lead. With one lap to go, Bowyer finally ducked under Allmendinger to take over the lead, winning the first segment over Allmendinger, Dillon, Paul Menard and Stenhouse.

Bowyer brought the field to pit road for four tires, while Michael Annett stayed out to take over the lead. Annett's view from the front was short-lived as he began to free-fall through the field on the restart with Dillon regaining the top spot over Allmendinger.

Bowyer, with his four fresh tires, roared up from fourth place to pass Allmendinger, then powered past Dillon for the lead.

Dillon tried to fight back, but used up his car trying to hold off a resurging Ambrose and faded out of the top five, while out in front Bowyer opened up a one-second lead on Allmendinger and cruised through the final 17 laps to the win and advance to his sixth all-star race.

Josh Wise was the surprise winner of the Sprint Fan Vote, thanks to a massive social media campaign that garnered millions of votes to put him over the top and beat out favorites Danica Patrick, Austin Dillon and Stenhouse, Jr.

A fan-sponsored effort through the Reddit.com on-line community gained enough momentum to sponsor Wise at last month's race at Talladega funded through Dogecoin, an on-line currency.

The grassroots effort raised nearly 68 million Dogecoins – roughly $55,000 in real-world currency – to sponsor Wise and his no. 98 Phil Parsons-owned team.

The success of the campaign surprised even Wise, an underdog who is currently 36th in the points standings.

"I'm still trying to wrap my head around it, I guess,"� said Wise of his fan vote win. "This is huge for me and our team. Really it started with a 16 year old kid posting something on Reddit.com about some good runs that we had had, and for whatever reason this huge, awesome community just got behind us, and everyone knows about them raising money to sponsor us at Talladega, and then it was on to the Fan Vote.

"I'm just super thankful to be a part of it, really. It's been a pretty cool experience."�

Bowyer, Allmendinger and Wise will all have to run in the qualifying session prior to Saturday night's race, but Bowyer hopes the extra track time from Friday could be beneficial for all three of them.

"I've always said this, if you can qualify into the All-Star Race from this qualifying race, it could be an advantage,"� said Bowyer. "Every time we have these night races, whether it's the All-Star Race or any night race for that matter, we're practicing during the day, completely different set of circumstances for the race, and that's 40 laps of practice with what we're going to see tomorrow night for one-million dollar, make you holler."