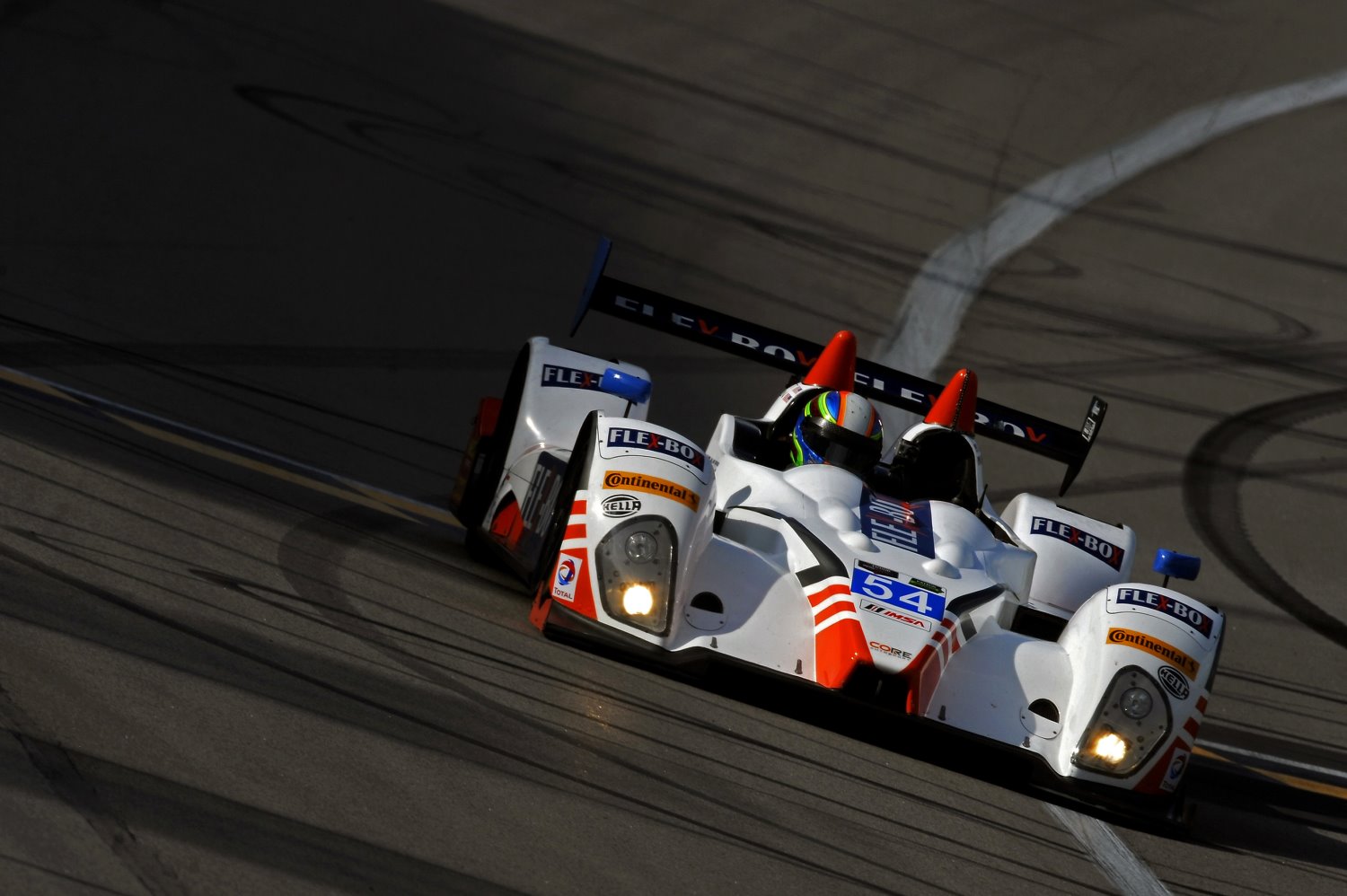 Leading up to Saturday night's TUDOR United SportsCar Championship race at the Grand Prix of Kansas, driver Colin Braun was asked about his strategy for the unique two-segment format the event featured.

Braun executed that strategy with slick precision. The Core Autosport driver started fifth, took the lead on the first lap in the second 45-minute segment, sprinted out to big leads and earned his third victory in four Prototype Challenge (PC) class races this season.

“That was good," Braun said. “We came off the truck really good, made, I would say, a series of really good changes in the first practice and were able to have a really good race car from that point forward."

Despite the seeming ease with which the victory came, Braun said, “They didn’t hand us one. We had to work for it for sure."

Braun almost had to drive the whole weekend by himself as co-driver Jon Bennett, who qualified the car on Friday, had to attend to family business back home in North Carolina earlier in the day.

“Surreal weekend for me," Bennett said. “My son graduated from high school on Friday night. I absolutely had to be there. Luckily I was able to catch a magic carpet from Charlotte at 7:30 and make it there with, really, about 20 minutes to spare (before qualifying started at 10:45 p.m.). Did a lot of simulation time of Kansas and then got in the car and had a reasonable qualifying effort."

The victory at the six-turn, 2.37-mile Kansas infield road course allowed Braun and Bennett to pad their PC points lead.

It also helped them overcome the disappointment of finishing seventh at their previous race (Mazda Raceway Laguna Seca), four laps off the pace after an on-track incident damaged the car’s suspension.

“It’s racing," Braun said of that misfortune. “That stuff happens all the time. Just a racing deal between two guys really going at it. The real strength of a team is how you rebound after issues."

Finishing second in the second segment – 4.6 seconds back – was Renger van der Zande of Starworks Motorsport.

The podium was the second in a row for van der Zande and his teammate, Mirco Schultis, as they won at Mazda Raceway.

Finishing third was polesitter Luis Diaz in the No. 25 8Star Motorsports car.

Rounding out the top five were Gunnar Jeannette in the PR1/Mathiasen Motorsports entry, and Alex Tagliani in the No. 08 RSR Racing car.

Craig Duerson started second in the Cooper Tires Prototype Lites class – which ran in combination with the PC class – but quickly moved to the lead.

He stayed there until the final 30 seconds of the race. That’s when Mikhail Goikhberg passed him for the lead. Goikhberg kept the lead and got the victory.

“Our car was good all day," Rayhall said. “It kept getting better and better all throughout the race."

While never challenged for the victory, Rayhall was challenged by the presence of the Lites cars on the track.

“Very difficult to deal with," he said.

Rayhall said the Lites cars are slower on the straights but brake deeper and carry about the same speeds into corners.

“It was a bigger challenge than if it would have been just PC cars out there," he said.

Rayhall’s victory sent teammate Diaz into the second segment as the pole sitter.

In the first segment of the Lites class competition, the racing was considerably closer. Tony Bullock passed Goikhberg on the outside heading to the checkered flag to get the victory.