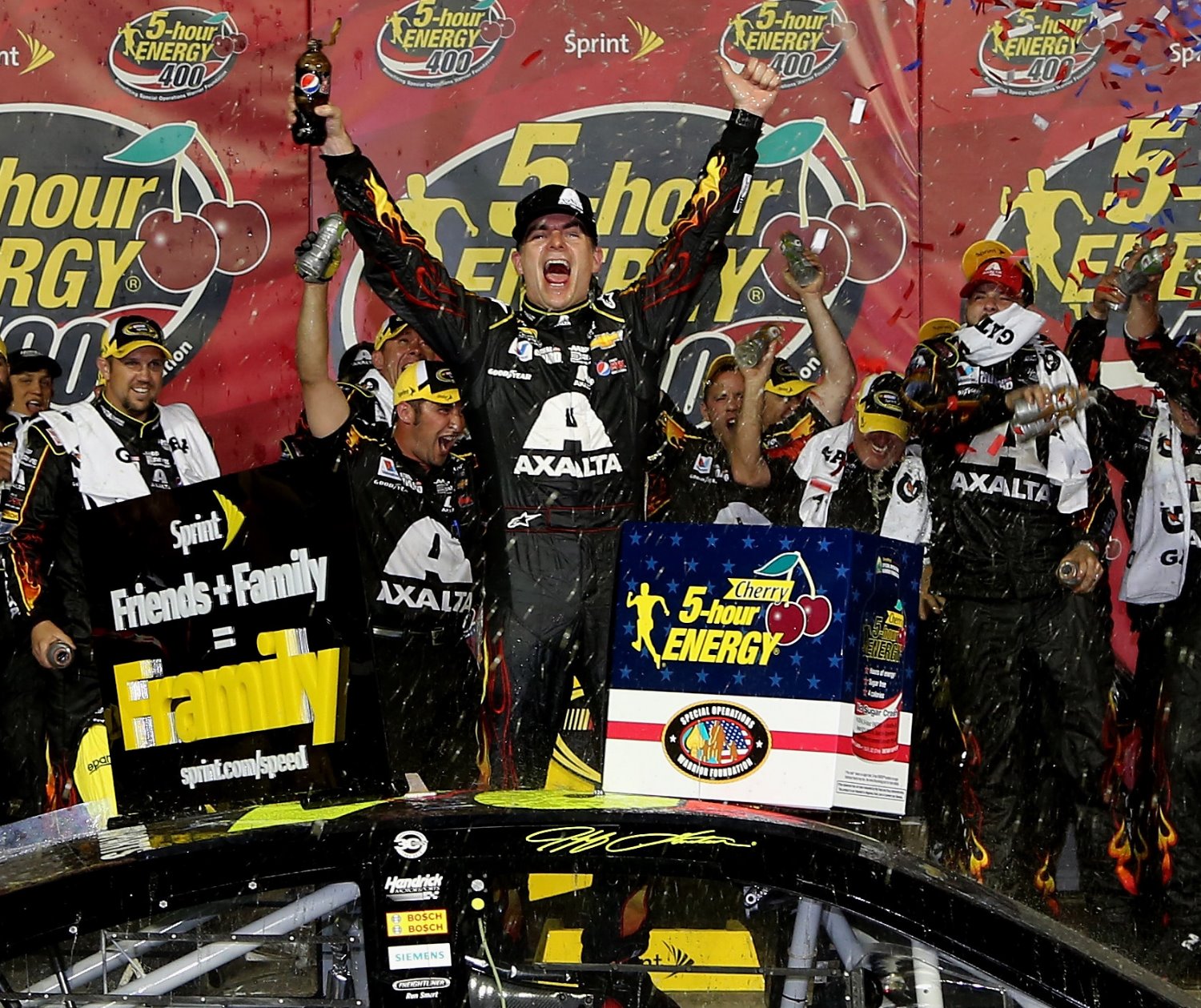 The same week he celebrated the 20th anniversary of his first win, Jeff Gordon nabbed his first win of the season at Kansas Speedway. The victory was the 89th of his Cup career.

Kevin Harvick and Kasey Kahne finished in second and third, with Harvick taking the bonus for leading the most laps at 119.

Kahne was among several winless drivers battling to increase their chances at making the Chase for the NASCAR Sprint Cup under the new win-and-your-in format. Danica Patrick, Aric Almirola, Jimmie Johnson and Matt Kenseth — all winless this season — came up short of Victory Lane, but finished in the top ten.

Patrick was close to making history once again, running in the top three before losing positions on pit road under caution. Had she finished in the top five, she would have broken Sara Christian's record for the highest finish set by a woman at the track (sixth). The No. 10 driver finished seventh, a career best.

What looked to be a promising evening ended early for Jamie McMurray, who was piloting the No. 1 in the top five before a cut tire sent his car into the wall and up in flames.

"I'm not sure (what happened); we didn’t really have any tire issues all weekend," McMurray said of the incident. "Keith (Rodden, crew chief) had been kind of reporting to me what the tires looked like after each stop and hadn’t seen any really wear issues at all. I don't know if it was just a bad tire or if I ran over something. Just lost all the air and ended up crashing."

Justin Allgaier and David Gilliland also headed to the garage after the two made significant contact following some drifting by A.J. Allmendinger set off a chain reaction. Both drivers were able to emerge from what was left of their cars without help.