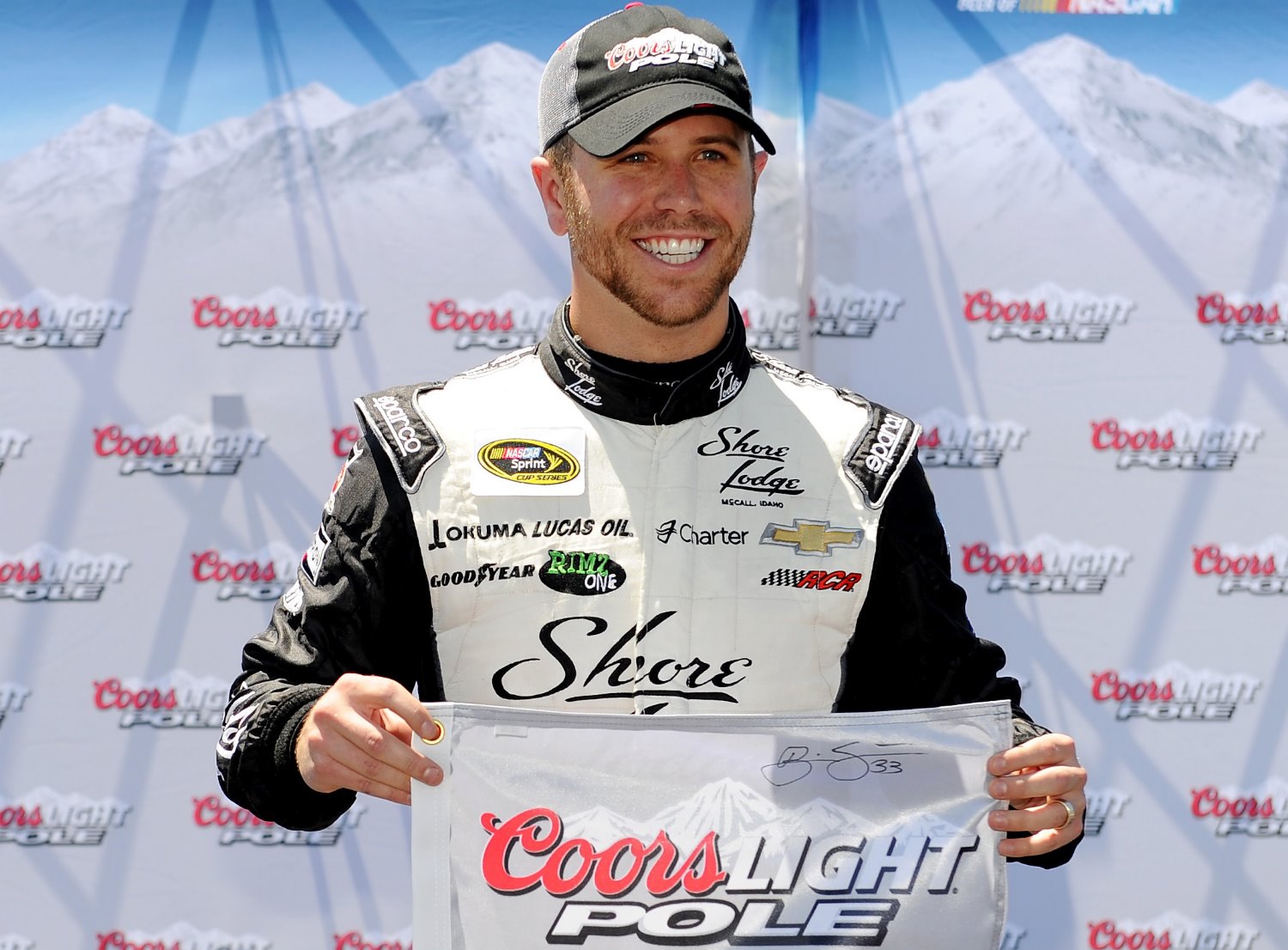 Scott, driving the No. 33 Chevrolet on a part-time basis for Circle Sport Racing, turned a fast lap of 198.290 mph to score the first pole position of his Sprint Cup career in his fifth start. He'll start first in Sunday's Aaron's 499 (1 p.m. ET, FOX), the second race of the season where cars use restrictor plates to limit horsepower.

Scott used a strong aerodynamic pull from Paul Menard at the tail of a long, six-car pack of Richard Childress Racing-affiliated cars as the final five-minute qualifying session came to a close to post a session-best lap of 198.290 mph.

One RCR-allied team was not as fortunate — the No. 78 Furniture Row Racing Chevrolet for Martin Truex Jr. failed a post-qualifying tech inspection for failing to meet height requirements. Truex, fastest in opening Sprint Cup practice Friday, will start from the rear of the 43-car field with Kasey Kahne, whose qualifying time was also disallowed when his No. 5 Hendrick Motorsports Chevy was found underweight in post-qualifying inspection.

The multiple-round, knockout-style group qualifying format — introduced before the 2014 season — did not debut at Daytona International Speedway in February, where series officials opted to stick with its traditional system of using time trials and midweek qualifying races to determine the Daytona 500 starting order. That meant Saturday's three-session qualifying was the series' first go-round in the tightly wound aerodynamic packs that prevail at restrictor-plate tracks.

The format led to an intriguing cat-and-mouse game, where teammates locked together in attempts to gain an aero advantage or soft-pedaled on the 2.66-mile track to wait for the right opportunity to pounce and post a fast lap.

The top spot on the leaderboard changed hands three times in the first, 25-minute session. Marcos Ambrose was the first driver to clock a chart-topping lap at speed, but he yielded briefly to journeyman Reed Sorenson. Six-time Sprint Cup champion Jimmie Johnson took a turn atop the leaderboard, but Kyle Busch took the top spot to stay with a 200.574 mph lap. Joey Logano, last weekend's winner at Richmond, was second-fastest in the first session as the only other driver to top the 200-mph mark.

Busch's fast early lap was tempered by right-side damage to his No. 18 Joe Gibbs Racing Toyota. He was allowed to change his right-front tire before the following rounds of qualifying. Former Daytona 500 winner Michael Waltrip, now a part-time competitor, also took damage to his No. 66 Toyota's right-front fender; he failed to make the top-24 cut for the second round of qualifying.
The top spot changed hands three more times in the second, 10-minute round of qualifying, with Kasey Kahne, Newman, Brad Keselowski and ultimately Scott leading the way. The session was essentially halted by a caution period for debris at the seven-minute mark. Danica Patrick was the final driver to make the 12-driver cut for the final, five-minute qualifying session to determine the pole winner.

In the final session, each of the 12 drivers backed out of their pit stalls and sat idling for the first two minutes, 40 seconds, allowing the field to make just two competitive laps in a bid for the pole. It was just enough time for the Childress-related cars to get aligned.