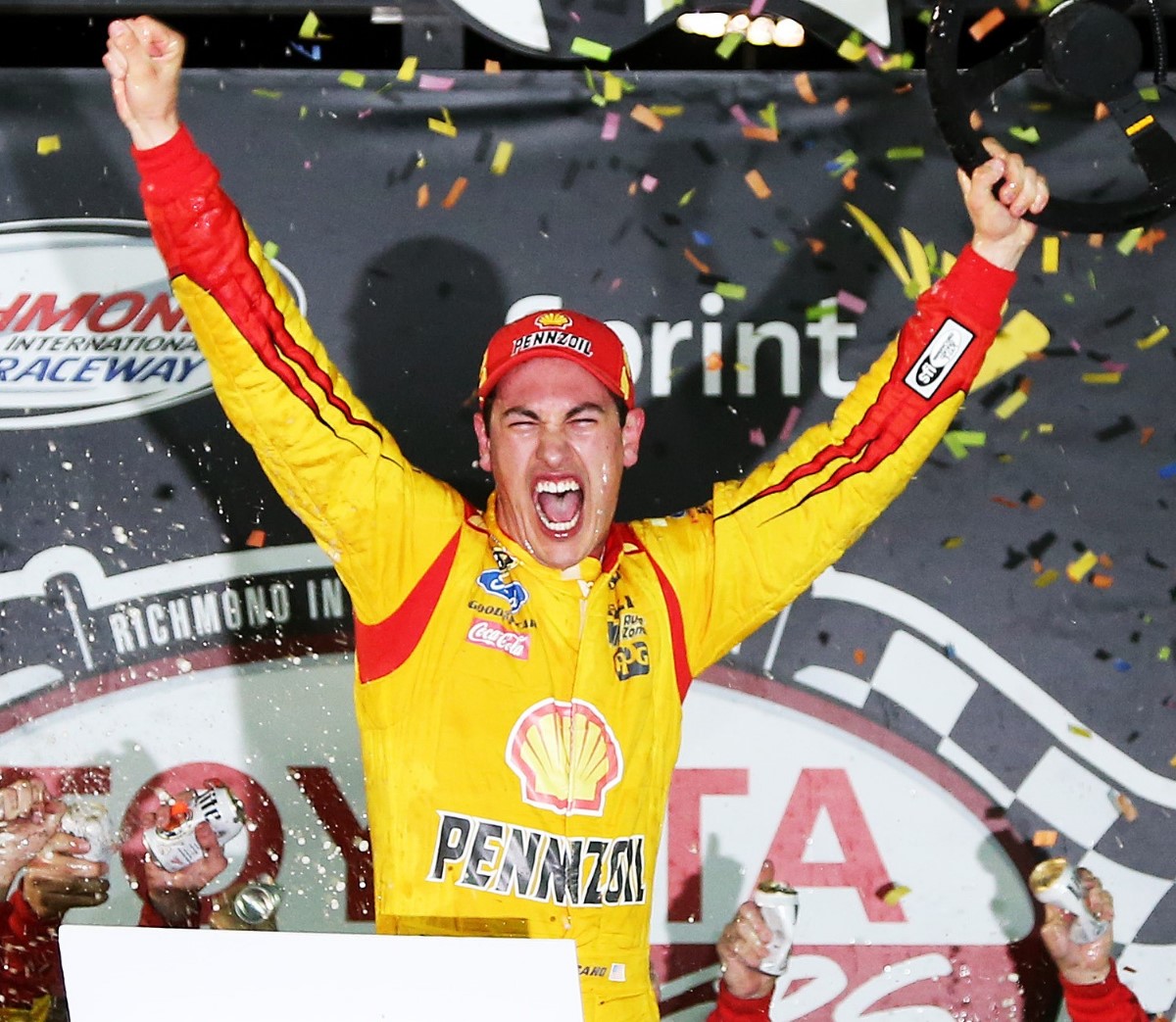 While Jeff Gordon and Brad Keselowski and Matt Kenseth bumped and banged their way to the checkered flag Saturday night, Joey Logano snuck past all three to win the Toyota Owners 400 at Richmond.

Kenseth, Keselowski and Gordon all three swapped positions and traded paint during a furious battle for the lead over the final five laps, allowing Logano to charge from fourth to first for his second win of the season. Logano joins Kevin Harvick as the only two-time winners in the first nine races.

The wild restart with eight laps to go led to some anger between drivers as Keselowski was upset with Kenseth for what he felt was a move to block him.

In the garage post-race, tensions escalated between Casey Mears and Marcos Ambrose, resulting in punches being thrown by Ambrose.

Earnhardt Jr. came in seventh, marking his sixth top-10 finish of the season, and Harvick was 11th.

Gordon led much of the race, sharing the lead with Kevin Harvick and Brad Keselowski. But Kenseth came on strong in the final 100 laps and passed Gordon for the lead on Lap 362. He then held the advantage when he beat Gordon and Earnhardt Jr. off pit road on Lap 369.

Clint Bowyer found himself in another Richmond controversy after spinning out pole sitter Kyle Larson just after the green flag fell on the Toyota Owners 400.

Going into Turn 1, Larson appeared to be fending off an outside attack from Brad Keselowski, leaving a bit of the inside open for Bowyer. But the Michael Waltrip Racing driver ended up putting a fender on Larson and spun him out.

As Larson headed to the pits to check for damage and get new tires, Bowyer immediately showed his frustration over the radio.

“I didn’t mean to do that," Bowyer said dejectedly. “I got under him and he turned right back down."