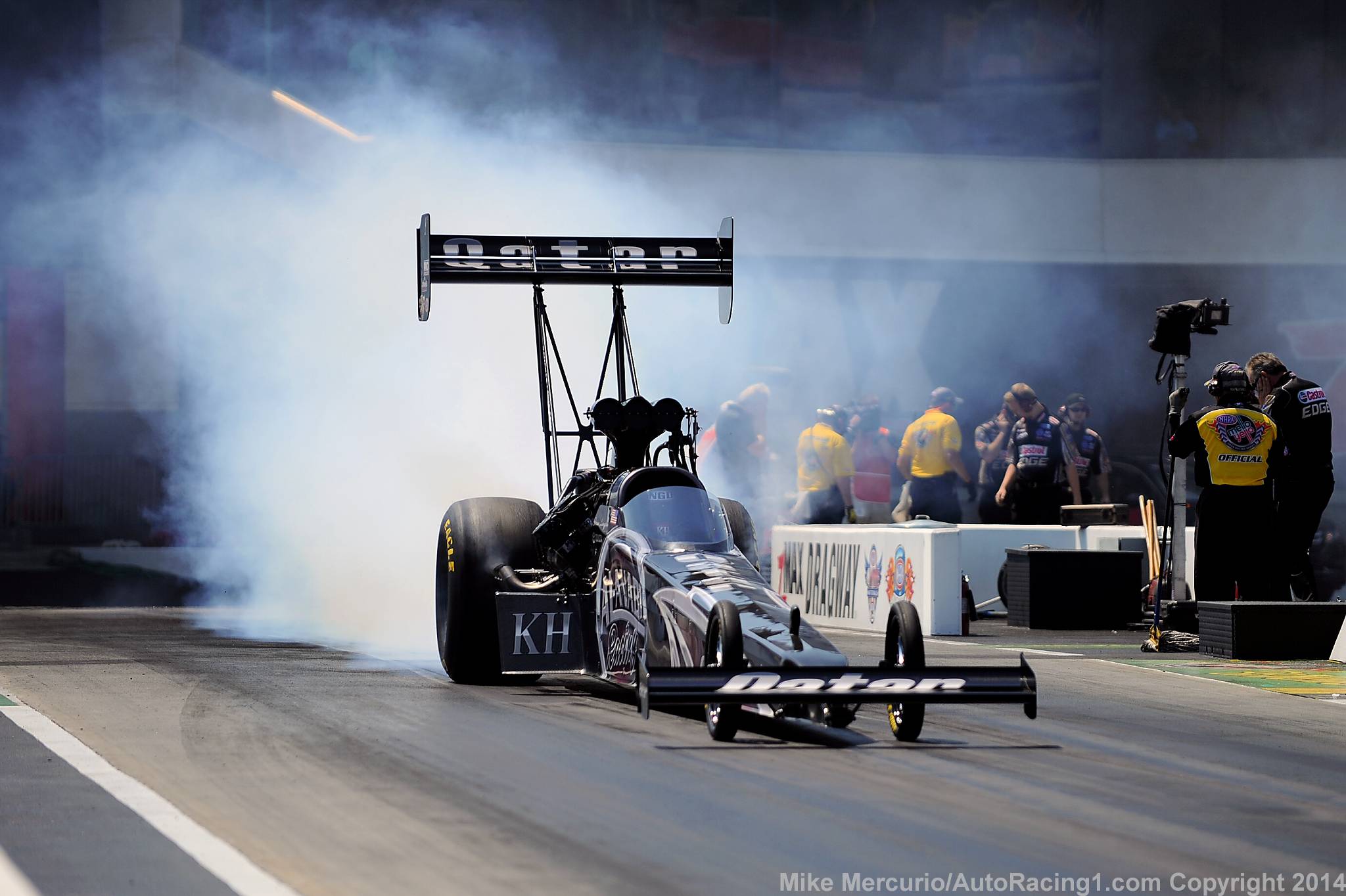 Qualifying in quadruple sets of four-wide action on the NHRA’s only four-lane dragstrip, the top drivers in all four major divisions remained unchanged from Friday’s afternoon session.

In Top Fuel, Langdon beat out J.R. Todd for the top qualifying spot with a low ET of 3.753 seconds at 321.81 mph in Friday’s second session that held up through Saturday’s two rounds, which saw the top 10 remaining unchanged.

The pole-winning run was the second of the season for the defending series champion, who has yet to advance past the second round of eliminations in four events so far this season.

“We’ve had a really good car this year in qualifying," said Langdon, who will take on Terry McMillen in the first round on Sunday. “The Al-Anabi team has done an excellent job qualifying, getting towards the top, and we were able to get a couple of No. 1 qualifiers.

Ron Capps jumped to the top of the Funny Car ladder in Friday’s second round of qualifying, moving from 16th to first with a run of 4059 31424 to notch his first top qualifier of the season and 16th of his career.

Chad Head and Dale Creasy, Sr. battled back and forth for the bump spot with Head rallying back in Saturday’s opening round to make the field and a first-round matchup with Capps on Sunday.

Chris McGaha swept all four sessions of Pro Stock qualifying, powering his Chevrolet Camaro to a quick pass of 6.523 at 213.10 mph to record his second-career top qualifier spot.

McGaha, who acquired the equipment of two-time Four-Wide Nationals winner Mike Edwards in the offseason, will be trying to capitalize on the momentum from the last event at Las Vegas, where he advanced to his first semi-final round of the season.

“I absolutely hoped that we'd be able to do this when we bought Mike's operation," said McGaha, who takes on Larry Morgan in the opening round. . "I know there were a lot of doubters who didn't think that we could have instant success but I don't think we'd have done this deal if we didn't think we'd be where we are now."

In Pro Stock Motorcycle, Michael Ray picked up his second-straight no. 1 qualifier of the season after posting a 6.816 at 197.02 mph in Friday’s late session that went touched on Saturday.

"We came out this morning with a tune-up that we'd use for eliminations and I had the best sixty-foot time of my career with a 1.045 and that's really hauling the mail," said Ray. “The way I look at it if I am on my game there not a bike out there that is going to beat me."