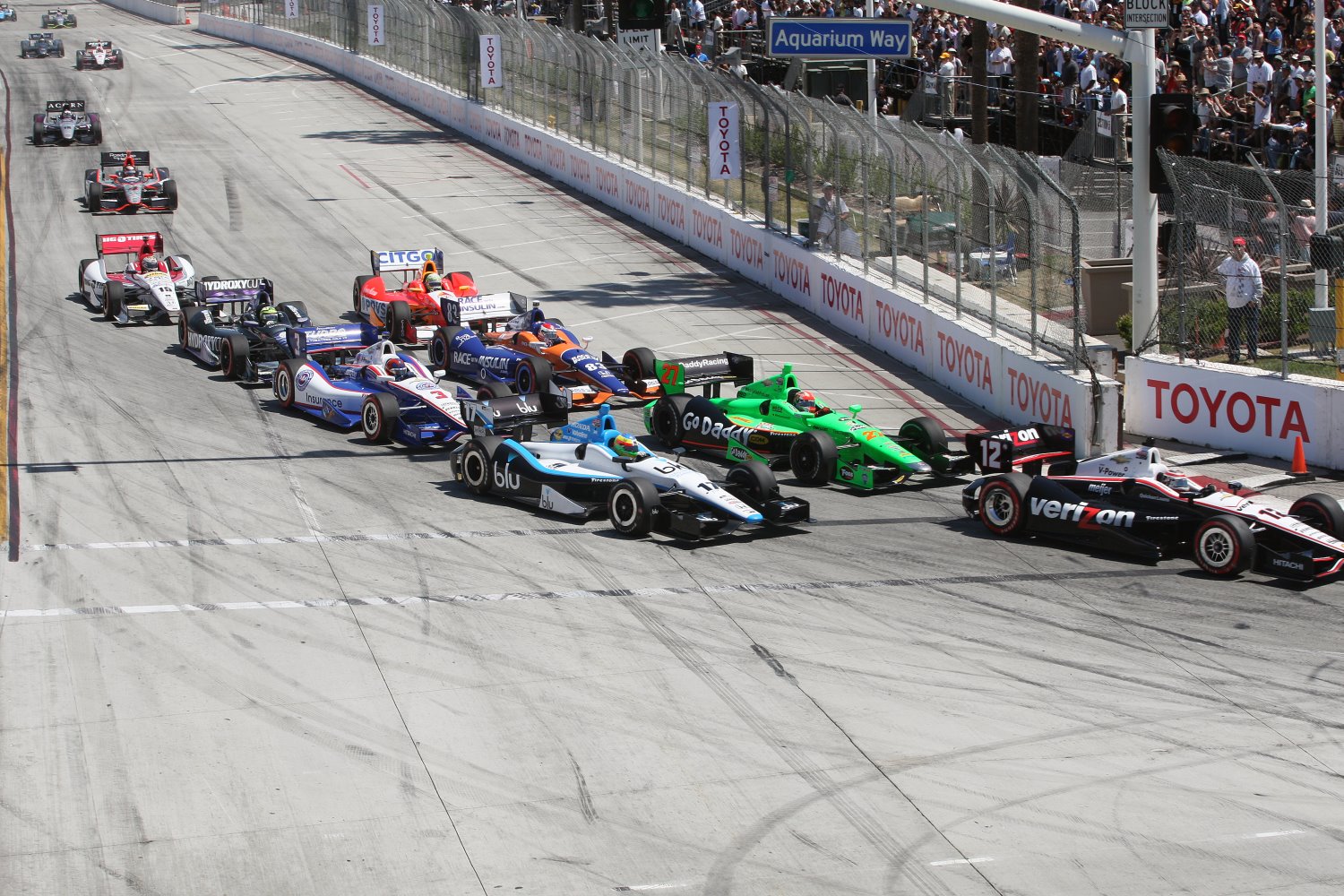 For this upcoming season, AutoRacing1.com columnist Brian Carroccio will preview all Formula 1 and IndyCar races. Below, is Brian's preview of this weekend's 40th running of the Toyota Grand Prix of Long Beach. Enjoy!

Sunday’s Verizon IndyCar Series race will be the 40th installment of the Toyota Grand Prix of Long Beach and 31st running as an Indy car style race. Al Unser, Jr. has the most wins of any driver (6), while both Mario Andretti and Paul Tracy have won the race 4 times. Andretti interestingly has won both the Indy car and F1 versions of the event. Andretti (F1 and CART) Tracy (CART and Champ Car), and Will Power (Champ Car and IndyCar) are the only drivers to have won the race under multiple sanctioning.

Who runs well at Long Beach?

To begin, there will be seven former winners in the field:

Tony Kanaan and James Hinchcliffe each boast one third place finish at Long Beach. Kanaan and Wilson have also each started once from pole.

As for teams, Penske and Ganassi have each won five times at Long Beach. Andretti Autosport has won twice, KV Racing Technology and A.J. Foyt racing once. Newman/Haas, the team with the most Long Beach victories (6), is not entered in this weekend's race.

Three-time and defending series champion Scott Dixon, who is usually good everywhere, has a best finish of fourth in seven career starts. The smooth, calculating Kiwi has also never qualified better than fifth.

How important is qualifying at Long Beach?

The Long Beach circuit is In the 30 previous races, the winner has come from outside the top-5 grid positions a mere five times. Paul Tracy won from 17th in 2000, Michael Andretti won from 7th in 1986, and 15th in 2002. Alex Zanardi won from 11th in 1998. Will Power also won from the 12th starting position in 2012 after an engine change resulted in a 10-grid spot penalty.

Contrarily, the winner has come from the front row in 18 of 30 races.

Who are the favorites to win?

The three that immediately come to mind are Power, Hunter-Reay, and Sato. Power, of course, put on a pretty convincing display in St. Petersburg, and with two wins, a second and three career poles is likely the odds-on favorite headed into the weekend.

As for Sato, judging by St. Pete he seems to have recaptured his 2013 early season form. And dominated last year’s Long Beach race and was quite strong at St. Pete.

Are there any potential sleepers?

It’s hard to go against Power. He was on his game at St. Pete and his qualifying and race record at Long Beach are outstanding.

I also think we’ll see strong performances out of Sato and Conway, both of whom will contend for a podium, and could score a victory if the cards fall their way.

Still, I’m going with Hunter-Reay. The 2012 series champ looked to have the swagger he seemed to lose late in 2013 back at St. Pete. This weekend, I’m thinking he does one place better to win his second Toyota Grand Prix of Long Beach.