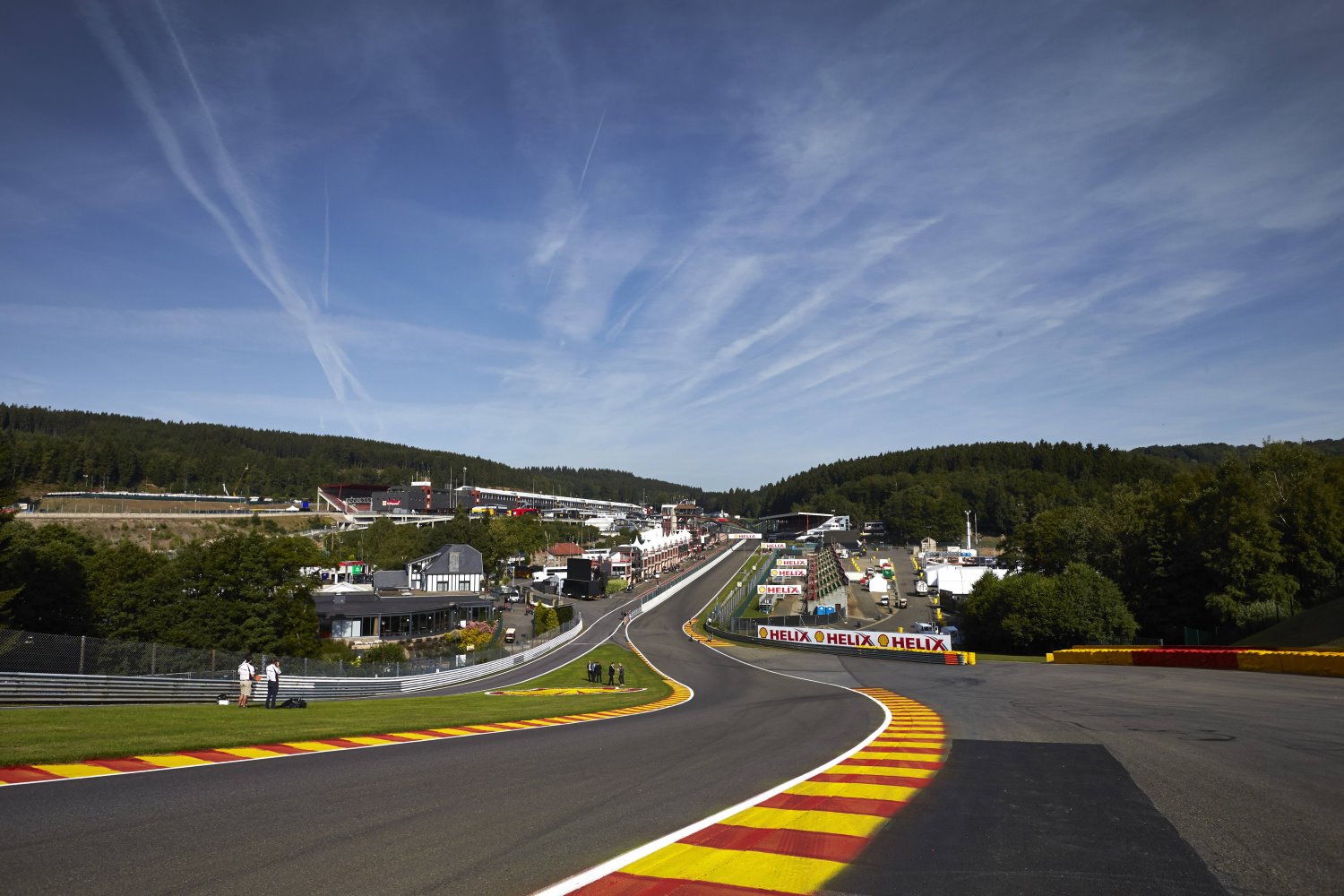 All you have to do is merely mention the Kemmel Straight; Blanchimont, Stavelot, or Eau Rouge. Instantly, the spine of most any motorsport aficionado will tingle with delight.

Yes, after a month-long summer break, the F1 circus will descend upon the glorious Spa-Francorchamps this weekend with the 2014 Formula 1 Shell Belgian Grand Prix. This weekend’s race will be the 70th edition of the Belgian Grand Prix, and 57th at the majestic Spa circuit.

And let’s be honest it’s hard to do Spa, as it commonly referred to, total justice. However, with its long-straights, Spa has managed (mostly) to avoid the sanitation we have seen with many modern F1-venues. The wicked-fast layout combined with the idyllic setting of the Ardennes Forest, and always unpredictable weather combine to make Spa one of motorsport’s most celebrated cathedrals.

Who runs well at Spa?

There are 5 previous winners in this year’s field, led by Ferrari’s Kimi Raikkonen. The Finn boasts an in impressive four wins the Belgian Grand Prix (2004, 2005, 2007 and 2009), one pole and one third-place finish. Raikkonen would tie Ayrton Senna’s five wins in the Belgian Grand Prix with a win this weekend. Michael Schumacher has the most wins in Belgium with 6.

Mercedes’ Lewis Hamilton won in 2010, won pole in 2008, and has finished third twice. Williams’ Felipe Massa won the 2008 race when driving for Ferrari.

Surprisingly, Ferrari’s Fernando Alonso has never won at Spa. The two-time World Champion has finished second twice and third once.

No other driver in this year’s race has ever finished on the podium at Spa.

What should we expect this weekend?

Ultimately, Spa is a horsepower track (note Ferrari’s outstanding record). In 2014, the horsepower king of F1 is Mercedes. And the two best Mercedes teams in recent races have been, the championship-leading Mercedes AMG Petronas, and Williams Martini Racing.

So, you’re saying that if someone is going to bear Hamilton or Rosberg, it’s likely to be a Williams?

The Finn finished on the podium in three consecutive races at Austria, Great Britain and Germany. Bottas also scored a particularly impressive second-place at Silverstone after starting the race 14th. A breakout victory for the impressive Bottas is imminent, and it could come this weekend.

What about the team battles you always reference?

Yes, the 2014 F1 season has been defined in part by some very intriguing intra-team battles. At Red Bull, for example, newcomer Daniel Ricciardo has shockingly out-performed four-time defending World Champion Sebastian Vettel. And the Hamilton-Rosberg battle at Mercedes has some of the intrigue of an Ayrton Senna-Alain Prost type rivalry.

Still, at the end of the day, the battle in F1 with the most intrigue was always going to be Raikkonen and Alonso at Ferrari. Suffice to say, it hasn’t been much of a battle.

Get this: Alonso has outscored Raikkonen at every round this season.

Yes, the finishing record is 11-0 Alonso. Also, the temperamental Finn has scored a mere 10 points in the last 6 Grand Prix.

While Raikkonen is under contract for 2015, one has to wonder how patient the notoriously impatient

Scuderia will be with the temperamental Finn, who it should be noted left Maranello under less-than-pleasant terms after 2009. How the Finn would mix back in at Maranello with a team now built around the man who replaced, was always going to be the subject of intrigue.

So far, at least, it’s been by the lofty Scuderia Ferrari standards, a disaster. Further, given the team’s disappointing overall performance (two podiums), it is not unreasonable to question the wisdom in Ferrari going forward with this pairing beyond 2014.

So, who is going to win the Belgian Grand Prix?

I pick him every week, but Hamilton.

He’s stupendous in rain, which is often a factor at Spa. And after some disappointing results the notoriously hard-on-himself Brit went into the summer break feeling good himself, having beaten Rosberg to the podium in Hungary.

Also, one has to assume these bizarre practice accidents that seemingly keep biting Hamilton will revert to the mean so to speak, at some point.
Hamilton wins his second Belgian Grand Prix with Bottas second and Rosberg third.