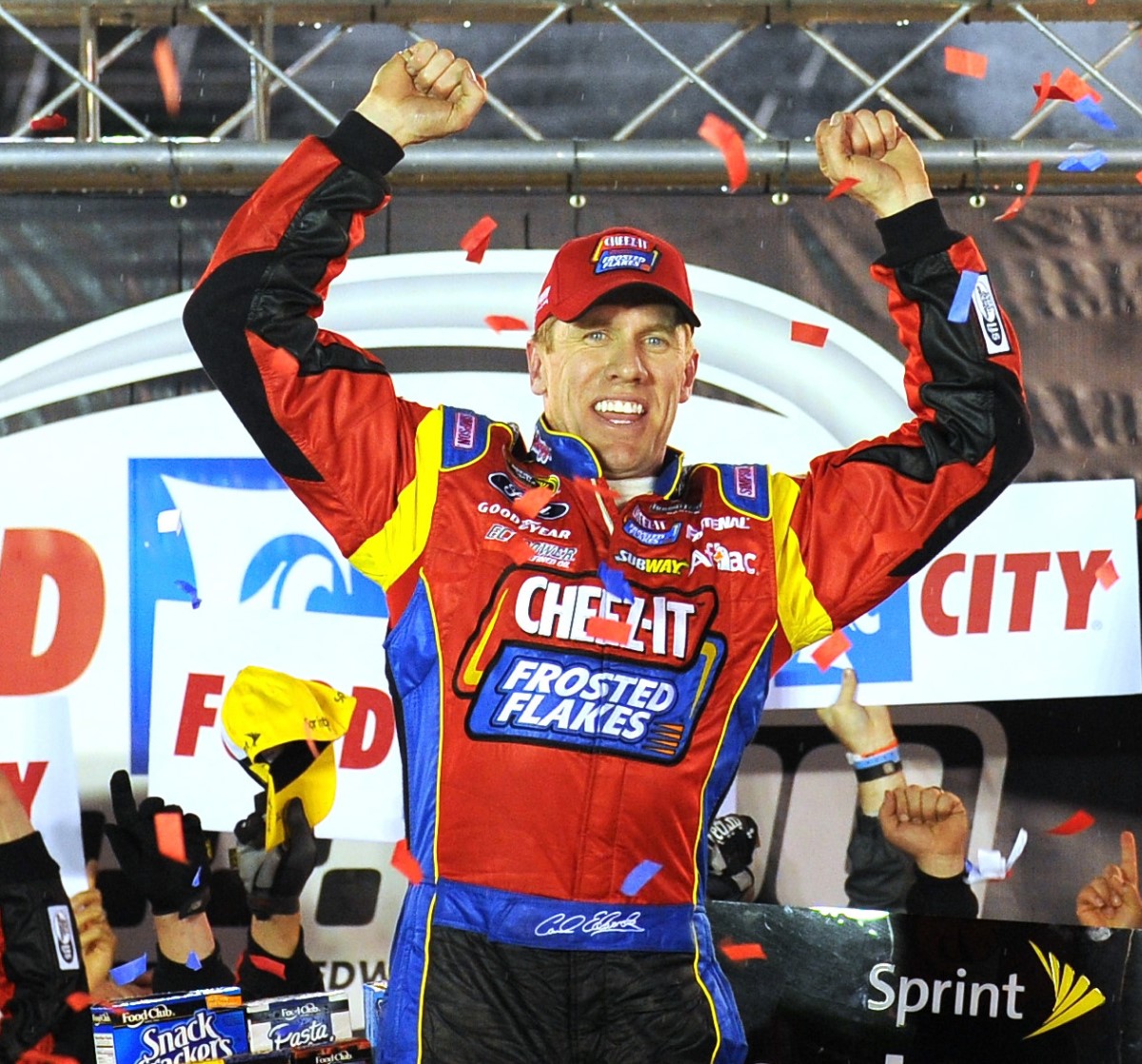 Carl Edwards had to wade through roughly five hours of rain delays and furious on-track action, but it was well worth it as he took the checkered in the Food City 500 for his first win of the season at Bristol Motor Speedway on Sunday night, likely punching a ticket to the Chase for the NASCAR Sprint in the process.

Edwards was followed by teammate Ricky Stenhouse Jr., Aric Almirola, Tony Stewart and Marcos Ambrose to complete the top-five, which was comprised of four Ford Fusions and Stewart's Chevrolet SS. It's Edwards' third win at Bristol.

Due to rain, the race started two hours late and another stoppage came when rain hit the track before the race reached 250 laps, prompting another three-hour delay. The race also ended under yellow-checkered, as rain started coming down with two laps to go as a track light malfunctioned and Edwards was leading.

In what ended up being a wild race under the lights — much like the season-opener at Daytona International Speedway — one of the event's stranger moments came when Timmy Hill rammed the No. 20 of Matt Kenseth from behind, after Kenseth had checked up because of an accident in front of him. Kenseth lined up 30th on the following restart and before long found himself to the front of the field to lead a race-high 164 laps.

Kenseth looked to be on cruise control for his first win of the season, but late in the race got loose and brushed the wall, giving up too much track position to regain the lead. He finished 13th.

Kevin Harvick led 28 laps and had what looked like a top-five car but started smoking with less than 50 laps to go. Jamie McMurray slowed to avoid Harvick, but Keselowski got into the back of No. 1. As Harvick was driving his No. 4 Chevrolet SS back to pit road, it caught on fire and was engulfed in flames. Luckily, Harvick was uninjured, but finished 39th.

Keselowski's crew was able to fix his No. 2 during the ensuing caution, helping him to a 14th-place finish. The 2012 Cup champion takes over the points lead from Dale Earnhardt Jr., who had held it since opening the season with his second Daytona 500 victory. Earnhardt finished 24th in the race.

Reigning Sprint Cup champion Jimmie Johnson led 44 laps in the early going, but had a right front tire go down before the delay and never recovered. He finished in 19th.

Early in the race, Joey Logano's No. 22 Team Penske Ford Fusion lost its power steering, an issue that was fixed by the time the cars rolled back out after the delay, but he still racked up his worst finish of the season in 20th.