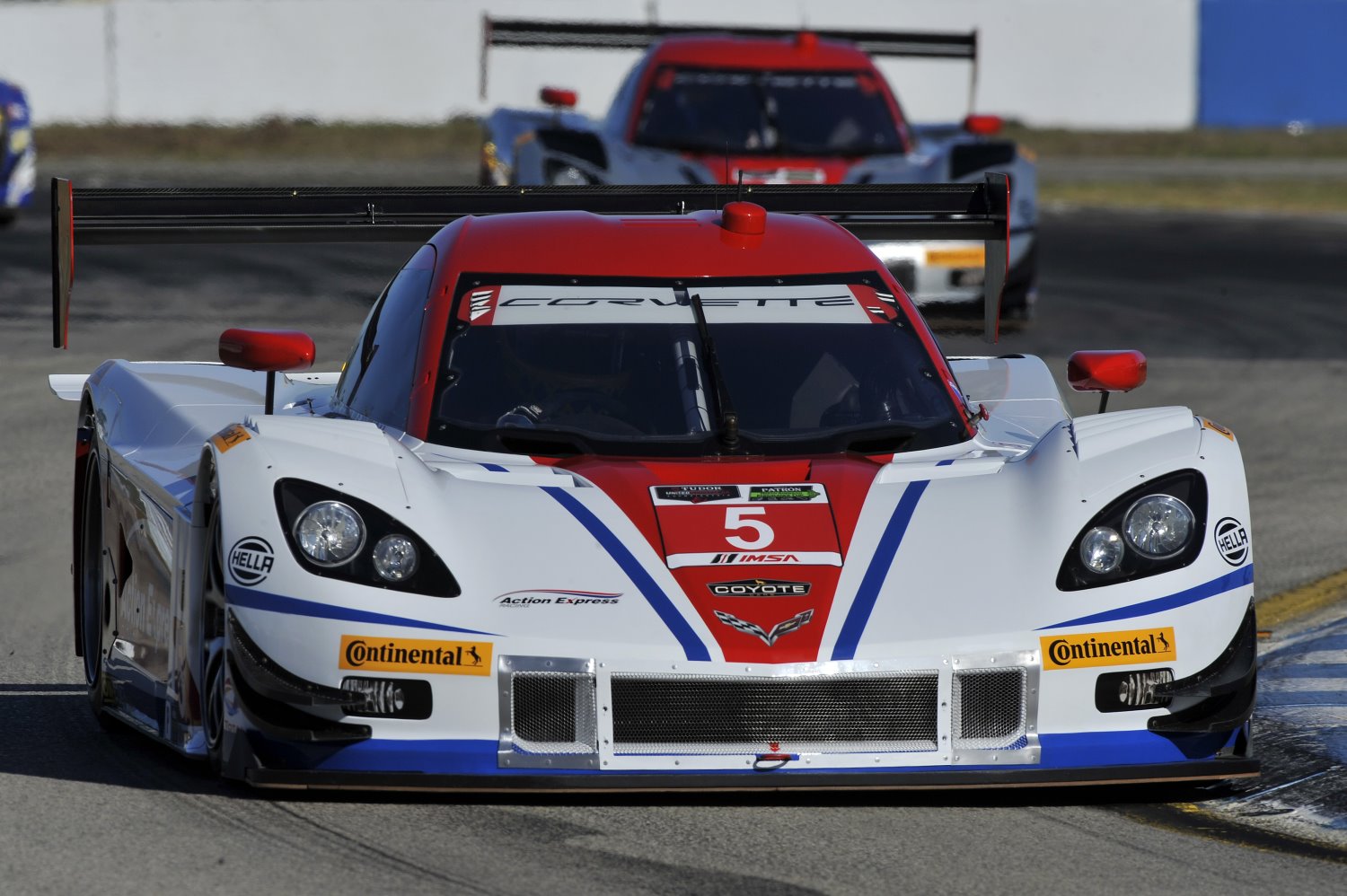 Fresh off victory in the season-opening Rolex 24 at Daytona, IndyCar driver Sebastien Bourdais took his Action Express Racing Corvette DP to the top spot in qualifying Friday for the second round of the TUDOR United SportsCar Championship.

Bourdais, who will co-drive the No. 5 Corvette DP with Christian Fittipaldi and Joao Barbosa Saturday, had a lap of 1 minute, 51.917 seconds (120.303 mph) on the 3.74-mile Sebring International Raceway road circuit, fastest in the headlining Prototype class and overall. Also qualifying on the front row was the No. 42 Morgan/Nissan of Olivier Pla, at 1:52.086 (120.122).

“It was a good run," said Bourdais, who will share driving duties with fellow Rolex 24 winners Joao Barbosa and Christian Fittipaldi. “This morning we couldn’t put a lap together because traffic was a big difficulty. It was very hard to get a read on the car in practice because you couldn't do three consecutive corners without encountering traffic so it’s tough to know exactly what the balance of the car is and to get in the rhythm. It’s not going to be any easier tomorrow during the race but at least we have a definite read on how the car is in qualifying. We could put some laps together and I guess we were pretty spot on. Overall the car was quite enjoyable to drive and I just took my time and put some laps together. I’m very happy for the Action Express and Corvette team. We’re in a good place to start after Daytona. The pole is very satisfying but we’ll reset for tomorrow and see where we end up in the race."

Bourdais, Fittipaldi and Bourdais are trying to become the first drivers since 1998 to win the Rolex 24 At Daytona and the Twelve Hours in the same season.

Sebring, being held for the 62nd time this year, is the second race in the new IMSA-sanctioned TUDOR United SportsCar Championship, the result of the merger of the American Le Mans Series and the GRAND-AM Rolex Series.

Sixty-three cars will take the green flag Saturday at 10:15 a.m. ET, with FOX Sports 1 broadcasting the first three hours of the event. The balance of the race will be streamed live on IMSA.com from 1-10:30 p.m. MRN radio coverage starts at 10 a.m. Saturday.

"This was great qualifying for us," said Bourdais, a four-time champion of the old Champ Car World Series who is one of nine IndyCar Series drivers competing at Sebring.

Four classes will compete simultaneously in the Twelve Hours. The respective pole winners in the other classes:

Saturday's race also is the second round of a special competition within the TUDOR Championship schedule encompassing the four longest races – the Tequila Patron North American Endurance Cup. Daytona kicked off the four-race competition; after Sebring, the Sahlen's Six Hours of The Glen at Watkins Glen International (June 29) and the 10-hour season-ending Petit Le Mans powered by Mazda at Road Atlanta (Oct. 4) will follow.