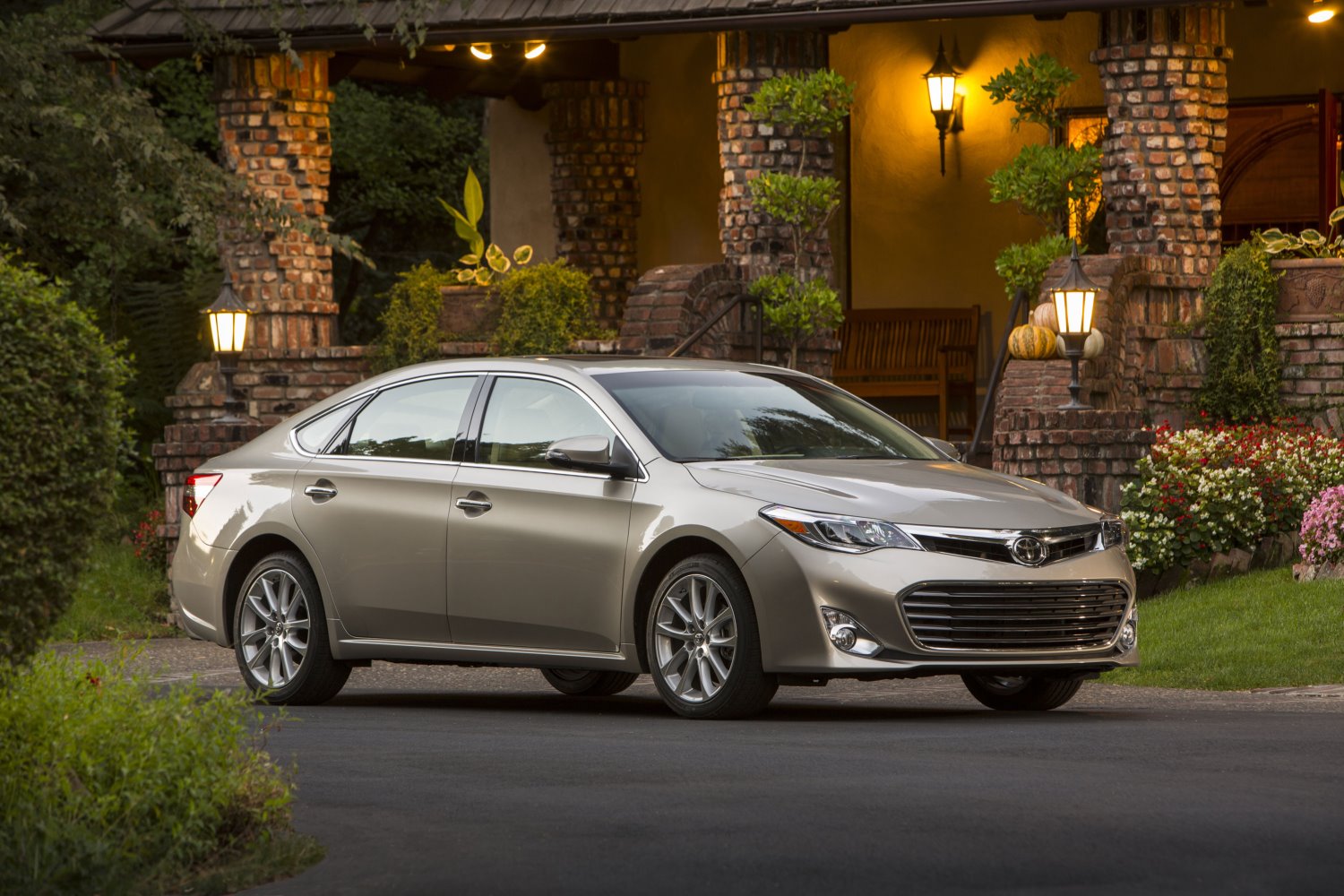 Toyota sells around 30,000 Camrys each month in the US. In comparison, the Camry outsells the Avalon ten to one. That is amazing because the Avalon is better looking, roomier, and has more features than the Camry for not much more money. Toyota says that the Avalon styling will filter down to its other models so we’ll see when the freshened up Camry arrives in a few months.

Not too many people even know what an Avalon is. This car gets a lot of looks and it turns heads wherever it goes. We had people checking out the car, sticking their head out the window and almost crashing trying to take a closer look at the Avalon. I think if you took out the Toyota badges people would mistake this car for something that costs over $100,000. A very American effort, much of Avalon’s design and engineering was led by the company’s Calty Design Research (Newport Beach, Calif. and Ann Arbor, Mich.) and the Toyota Technical Center-Ann Arbor. Lower by nearly an inch than the previous-generation Avalon, with shorter overhangs, wider track dimensions and tighter gaps between the tires and body the Avalon looks more like a Lexus than a Toyota.

The Avalon is certainly affordable with prices starting at just over $31,000 for the XLE model. The base XLE model comes with tons of features including heated leather seats and back up camera. Pay about $2000 more and you can get the XLE Premium which includes a sunroof and auto dimming mirror. An additional $2000 buys you the XLE Touring model that includes paddles shifters, Blind Spot Monitoring and navigation. Spring almost $40,000 and you get the Limited model with better leather coverings, cooled and heated seats, HID lights, power rear sunshade and rear climate controls.

The Avalon is basically a bigger Camry under the skin so it makes sense that the engine choices are very similar. The gas-powered Avalon features an all-aluminum V6 engine mated to a six-speed automatic transmission. The 3.5-liter, DOHC V6 features Dual VVT-i (Variable Valve Timing with intelligence) to provide ample torque across the engine speed range. The engine produces 268 horsepower at 6,200 rpm and 248 lb.-ft. of torque at 4,700 rpm. The Avalon V6 can accelerate from zero to 60 mph in less than seven seconds. Fuel efficiency is pretty impressive, with EPA-rated 25 mpg combined (21 city/31 highway).

Our Avalon was the Hybrid version. It is equipped with a modified version of the Hybrid Synergy Drive system that also propels the Camry Hybrid. The Avalon Hybrid weighs 3,585 pounds, which is just 124 pounds heavier than the V6 gasoline model. The result is an EPA estimate of 40-mpg combined fuel economy rating (40 city/39 highway). With its 17-gallon fuel tank, the Avalon Hybrid can offer over 600 miles of highway driving range.

An EV Drive mode allows the driver to operate the Avalon Hybrid under light load conditions solely on the electric motor for a short distance at speeds under about 20 mph. A driver-selectable ECO mode optimizes throttle response and air conditioning output to prioritize fuel economy. Through its unique transaxle, which uses a planetary-type continuously variable transmission, the Hybrid Synergy Drive system combines output from the 2.5-liter Atkinson cycle four-cylinder engine and a high-torque electric motor.

The system produces a combined 200 horsepower and varies power between the gas engine and electric motor, or combines both, as needed. The Avalon Hybrid can accelerate from zero-to-60 in 8.0 seconds. The speed is there but what is missing from an enthusiast’s viewpoint is the response. The Avalon Hybrid just does not respond to driver commands with much enthusiasm. But the Avalon was never supposed to be a sports sedan so it does its mission well, really well.

Compared to some other hybrids out there, the Avalon can actually teach them a thing or two. Most hybrids are very annoying to drive because of significant lag between the time the gas engine fires up and is ready to action not to mention the transmission delay. The Avalon hybrid is so good that you almost forget that you are driving a hybrid. You just enjoy the 40 mpg fuel economy and the comfortable ride and the roomy interior.

Because there are situations in which the gas engine in the Avalon Hybrid shuts off, air conditioning and power steering systems are driven electrically. The nickel-metal-hydride battery, located in the trunk area, is air-cooled. Its compact size, along with locating the DC/DC converter within the engine compartment, results in a trunk that is just 2.1-cubic feet smaller than in the Avalon gas model.

Avalon’s interior design combines high technology and craftsmanship. Luxury begins with a supremely quiet ride. Toyota says much time was devoted to placing sound-absorbing and sound-insulating materials strategically throughout the car’s structure. Acoustic-type glass is used for the windshield and side glass. Foam material is used within the A-pillar, B-pillar, rocker panel, and C-pillar to help eliminate outside noise and control wind noise. Even the material used in the rear seats is effective at sound insulation.

A dual-zone automatic climate control system is standard, and a three-zone system is available. The dual-zone system controls temperature for the driver and front passenger, and the three-zone system adds independent temperature control for the rear seat. The Intelligent Touch controls have been tuned to operate conveniently with a light touch, and can even be operated by hands with gloves or longer fingernails. The fan speed is operated by use of a responsive touch slide. Luxury details abound throughout the Avalon’s cabin. Variable-rate motors slow the windows as they approach the top of the window frames to help reduce wind noise and add refinement. Even the coin box to the left of the steering wheel has a damper to smooth its opening and closing. LED lighting illuminates the door panel’s controls and glove box.

There are so many nice touches to the new Avalon that it is amazing that it sells in such a short volume. The Avalon offers lots of room, great luxury and terrific fuel economy for a very reasonable price wrapped around a sexy body. If you are looking for a quiet, roomy and comfortable sedan take a trip over to your Toyota dealer.