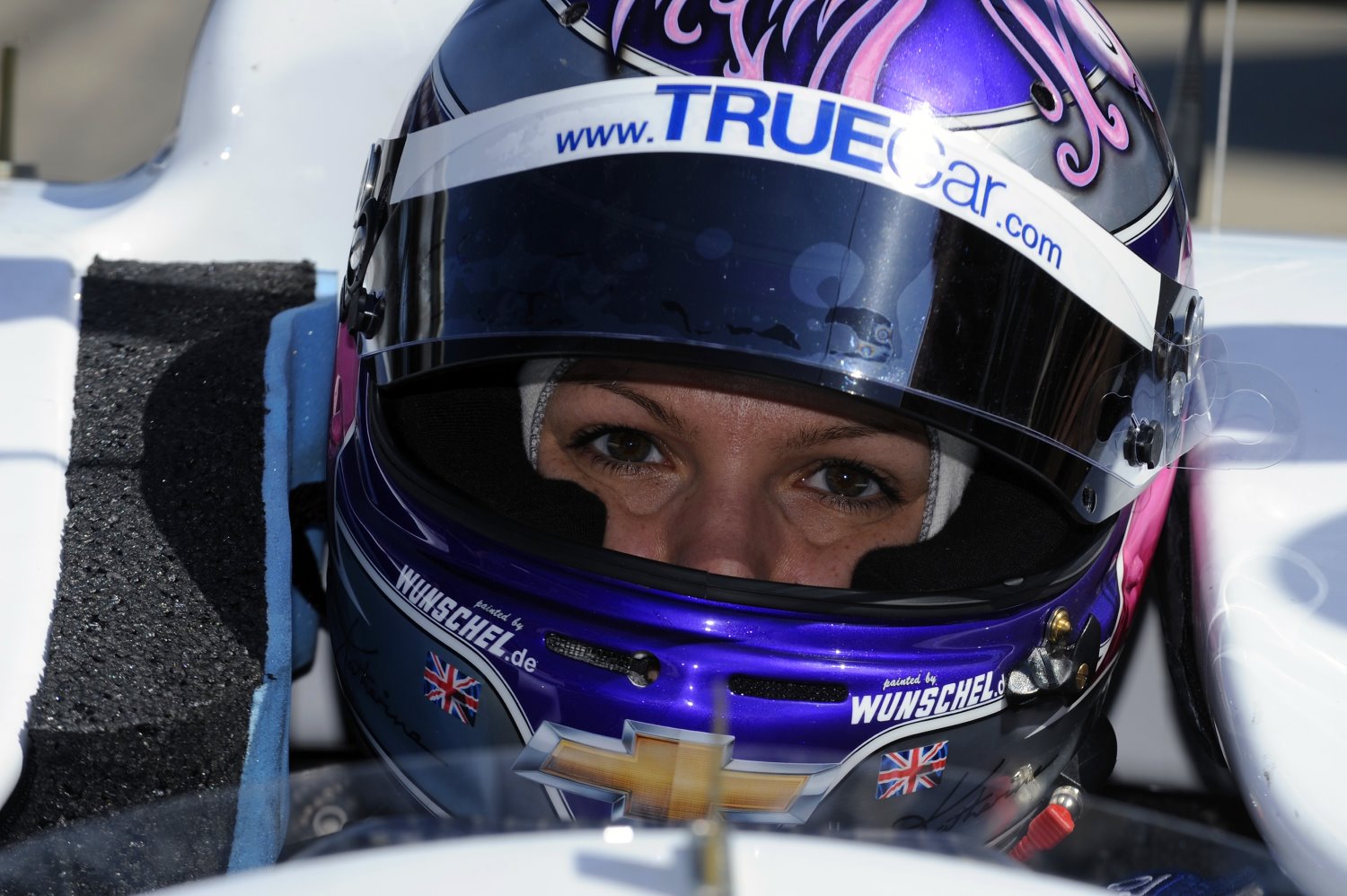 "It's all about money nowadays. I don't think it matters about how much talent you've got. It seems like if you've got more money, you get the shot. People like Oriol Servia, he's out of a ride and a talented guy. You've got Alex Tagliani… me… people who could do it. It's really difficult to get funding."
– Katherine Legge, 2-time Indy 500 starter, to Autoweek magazine

"Today, the barriers to entry are so much higher than they used to be. We did it out of a garage on a few hundred thousand dollars and a bank loan. Today, that would take a couple of million dollars just to buy one car, one engine and one of everything to start a team. The barriers to entry are just so stinking high. Higher than ever."
– Jim Guthrie, 3-time Indy 500 starter

"I went to the —– Racing shop and spent some time with them. They wanted a million dollars to run the (Indy Lights) season. That's the first thing they asked about. I don't even think they cared if I had any talent or not. They just wanted to know if I had the money."
– Title-winning sportscar driver, name withheld at driver's request

"Money is about 80% of it. The other 20% is the package. You've got to have the right looks, be the right size and be a salesman. If IndyCar had a standard issue chassis that was affordable, say maybe less than a hundred grand and another 25 or 30 thousand bucks to get an engine, they would have fifty cars there every year. But it's become like the Kentucky Derby. It's a sport for the rich and the elite. And that is their problem. It's not the speed, it's not the car count. It's the cost of going racing there. It's crazy. If they want to be the pinnacle of technology then throw the rule book out and let them run what you bring. And they'll have about twelve cars. And nobody's going to watch it.
– Rob Young, 1994 IMCA Open Wheel Modified champion

"My first trip to the track was 1961 and I don't think there was anyone in the field who was not there because of merit. And now, for probably three-quarters of the field, the driver's responsibility is to bring financing to the team. There are talented drivers that will never have the opportunity to sit in an IndyCar because they don't have the backing. It's a shame the way it is now. Something's got to be done."
– Steve Lewis, Team 9 car owner for Tony Stewart, Kenny Irwin Jr.

"Yes, it's all about the money. There's no doubt about that. But in a sense it always has been. The drivers who can't find the money need to learn salesmanship. It's tough, but that's the way it is. If the series really wants to lower costs, just go with a full spec car… shocks and everything. That's really what it is now anyway. In the meantime, you might as well face the fact that if you're not going to sell, you're not going racing. You've got to step up and get the job done."
– Jack Miller, 3-time Indy 500 starter

"A talented but undiscovered driver has almost an impossible task in finding enough sponsorship to break into IndyCar or Indy Lights. Teams don't hire drivers in a traditional sense anymore. It's not like an IndyCar team is going to call up and say, 'Hey, you're a really good driver. We'd like to hire you. Here's a contract.' Basically, you have to pay to play. If you don't have that (money), you're not going to be driving any time soon."
– Kristen Treager, 2013 PCA GTC4 National Champion

"I tried as hard as a human being can try and got very close. For a while it looked like it was really going to happen. But the finances required to get to IndyCar, or even Lights, are so super-fantastic that they are totally implausible for the average person. I'm a good salesman. I don't mind selling. I worked hard to find money and I found some. But it just wasn't enough. For most people the doors to the Indianapolis Motor Speedway are closed. It wasn't me being afraid to sell, or not being a good salesman. It wasn't a lack of ability. It's just too much money. I'm not asking for anything to be free. But it ought to be possible. The people I race with, almost to a man, don't consider Indy a realistic career goal. They're going elsewhere."
– Road racing class champion, Mid-South division, name withheld at driver's request

"We've got a driver we're bringing up right now but unless we have a large (financial backer), that's pretty much the only way they will get a ride. That's really a shame. It used to be that talent got you where you needed to be and now it's just money. Our driver has beaten better funded teams with better quality equipment, and yet I can't get them a seat in anything like (Indy Lights) or IndyCar. It's a struggle these days. Even who you know doesn't matter anymore."
– John Zentner, championship winning crew chief, Porsche Cup

"In 1999 we had 45 legitimate car and driver combinations with twelve rookies. That's what Bump Day is about. The IRL did some things right. Not everything, but some things. We really did have more opportunities. And now? Here we go again. Engine leases cost a million dollars or so per car."
– John Hollansworth, 1999 Indy 500 starter