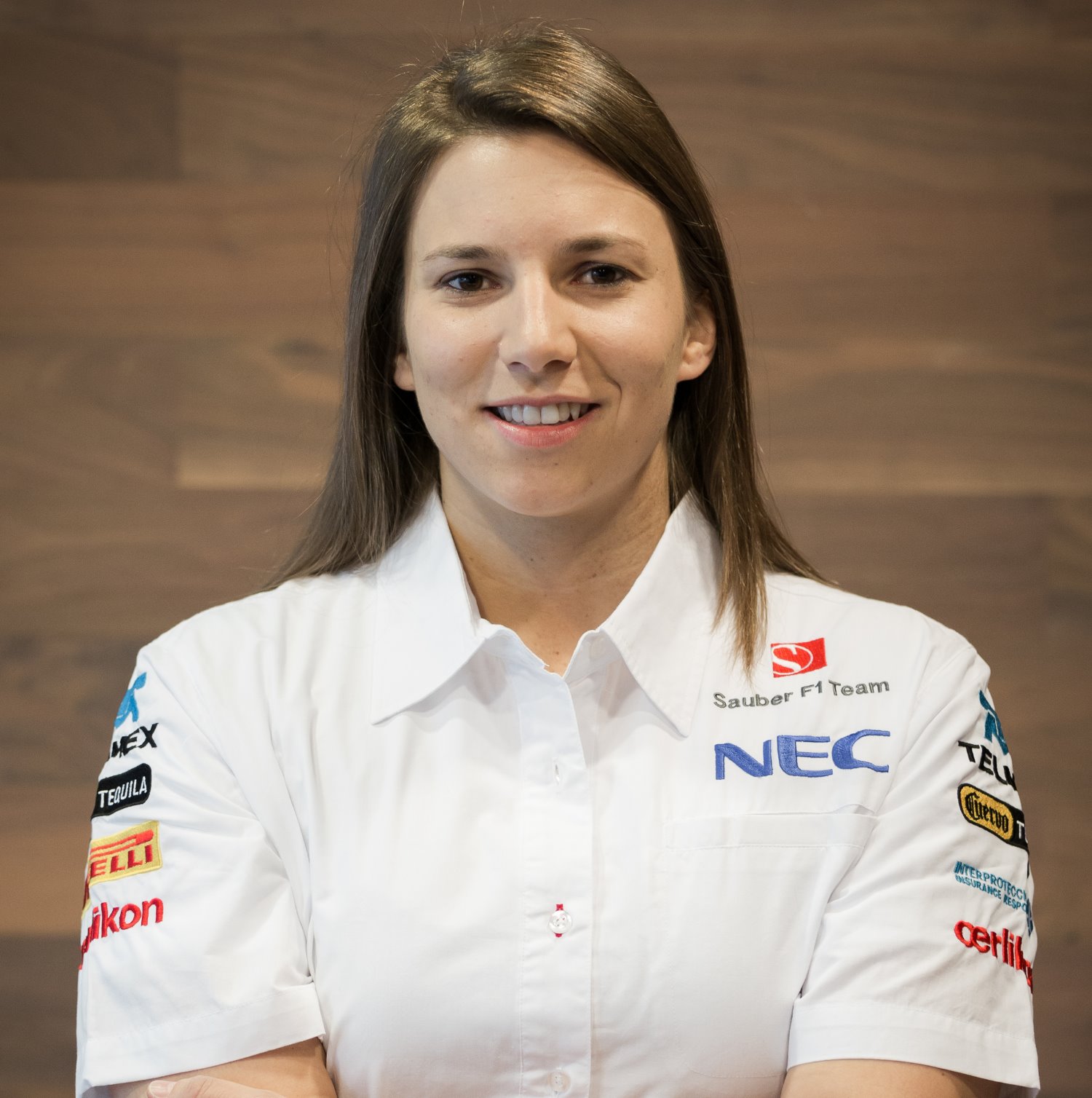 After a characteristically quiet winter, the world of IndyCar has picked up a little of late. We got news last week that the National Guard saga had finally been resolved in favor of Rahal Letterman Lanigan Racing, with young Graham Rahal becoming the face of the National Guard. Particularly interesting, was the financial details of the bids revealed by Racer.com, where Panther had submitted a bid of $17 million (more on that below) for the sponsorship deal, and all that comes with it. Of course, the deal went to RLL’s bid of around $12 million.

Also, KV Racing Technology, in conjunction with AFS Racing, announced Colombian Sebastian Saavedra Wednesday as teammate to Sebastien Bourdais. I’m going to go out on a limb and say this will be a better duo for KV than Tony Kanaan and Simona de Silvestro were last season. While I don’t think Saavedra will outperform de Silvestro, I do think the 23-year old Colombian more talent than many give him credit for. Also, Bourdais, in my opinion, will be an upgrade over Kanaan, thus making the overall program stronger.

And of course, there is de Silvestro herself, who made a surprise announcement Friday morning that she would be moving to the Sauber F1 team as an “affiliated driver." It is here where we will begin our discussion of the recent happenings in the world of IndyCar.

Everyone suspected something was up when both KV and de Silvestro, who drove for the team in 2013, seemed unrushed to join forces for a second year. Yes, it was well-known that the relationship between Team Simona and KV was not all daisies and rainbows last season, the complete and total indifference from both sides was telling then, and is even more so now. Combine this with de Silvestro hanging around the Sauber F1 team at the U.S. Grand Prix in November, her missing the IndyCar driver meetings last month in Indianapolis, her relative silence over the off-season, and complete lack of connection to any IndyCar team, and yes, the puzzle now fits together.

What I find surprising, however, is the fact de Silvestro essentially turned her back on IndyCar with very few guarantees in F1. Sure, F1 has always been her dream, and the Sauber team is based in her home country of Switzerland. Also, the full details of this odd alliance have yet to be fully revealed.

Still, Sauber already has two test drivers under contract, and de Silvestro’s deal has no guarantee for a race seat in 2015 or beyond. And then even if she were to race (which I think is farfetched), what are the chances she’d ever be competitive at a team like Sauber with little testing, and essentially zero time in the F1 ladder series?

Not high, if you ask me.

Meanwhile, for IndyCar they lose one of their few drivers with a notable following, one of the few drivers who could generate some news headlines beyond the cloistered, oblivious world of the I-465 Media Fiefdom. And let’s face it: de Silvestro going to F1, isn’t exactly earth-shattering news for the Grand Prix circuit.

While I wish the likable, talented, classy de Silvestro the very best, and she will be missed in the IndyCar paddock, my opinion this is a lose/lose situation for both de Silvestro and the series. It’s a less-than-wise career move for Simona, who has abandoned any serious chance of becoming a race winner and relevant in a major series. Likewise, IndyCar loses one of its more popular drivers at a time when it seemingly can’t be more invisible on the national media radar.

Speaking of national media attention, the IndyCar/IMS/Hulman Racing/whatever you want to call it P.R. department has come under scrutiny in recent weeks. Part of this, of course, was the departure of IndyCar Vice President of Communications Amy Konrath last month. Also, other than countless pictures showing Indianapolis Motor Speedway covered in snow on social media sites, there has been very little in the way of information coming for the 16th and Georgetown offices. These factors, combined with the restlessness of the long off-season, have called into question the quality of IndyCar P.R.

Now, I speak for everyone here at AutoRacing1, when I say we have always found the IndyCar P.R. staff – both past and present members — helpful, professional and informative. We are not criticizing the people in any way, shape or form. If anything, our experience has been that Konrath and her staff have gone above and beyond given their resources, and manpower. But anyone who thinks a staff of three, now two, can implement and sustain a legitimate, national P.R. campaign that makes serious media penetration outside Central Indiana, I have a “USAC Road to Indy," hat for you. And it is here, where the organization rather than the P.R. department deserve criticism.

Presuming the goal is to have a P.R. campaign worthy of a legitimate professional sports entertainment property (there is compelling evidence to the contrary), Hulman and Co., CEO Mark Miles needs to fill the vacancy created by Konrath and give that person a decent-sized staff. Miles cannot drag his feet for 9 months to fill the vacancy created by Konrath, as he did with the marketing and sales positions

Will Miles act quickly to address one of IndyCar’s key issues, with the season six weeks away? I really don’t see what the wait is.

Anyone who reads AR1 regularly knows I have voiced criticisms of Miles. That said, any conclusive opinion on his tenure remains a wait and see. Also, I cannot ignore Miles’ impressive track record as an executive in major sports entertainment enterprises. Nor do I underestimate the monumental task he has or rebuilding a sport that has been so grossly mismanaged for decades.

Further, whatever criticisms I do have of Miles, he has at least on a macro-level, succeeded mightily in this regard: managing expectations. Yes, while people can rightfully say Miles hasn’t exactly delivered a lot, he hasn’t exactly promised a lot either. In short, he has like any good leader/executive kept expectations within reason. And whoever Miles places in charge of the PR department would be wise to take this cue from their boss.

A good example would be the constant rumors suggesting (insert random NASCAR driver name here) might run the Indianapolis 500 this year. These types of rumors arise often during the off-season, and while they may come to fruition one of these decades, they often do not. Still, that doesn’t stop IndyCar fans, or IndyCar itself, from getting excited about such rumors. We saw this last off-season with Tony Stewart, and the latest example of this would be Kyle Larson.

To be clear, I have nothing young Larson, who I believe is a supreme talent. If anything, I think it would be great if he ran the Indy 500.

However, IndyCar, and to a lesser extent IndyCar fans, need to understand two things. One, the series is better served investing energy in the people they already have. Second, rumors suggesting Larson, Stewart or Kurt Busch or anyone else might run the 500 inevitably create expectations. When said expectations are not fulfilled, there is an inevitable letdown.

While the series cannot control what others say, they can manage people’s expectations with a little more active P.R. For example, a simple statement regarding Larson could be:

“We have received questions regarding Kyle Larson’s rumored participation in this year’s Indianapolis 500. Like all competitors, Mr. Larson is welcome to qualify to be one of the thirty-three participants in the 98th running of The Greatest Spectacle in Racing. However, he will need to participate in and pass our rookie orientation program before attempting to qualify. And so far, there has been no test scheduled, nor any inquiries made by Mr. Larson, or any of his representatives regarding a test at IMS, the rookie orientation program, or for that matter his participation in the Indy 500." IndyCar P.R.

Translation: until Larson, Stewart, Busch, or whoever actually get in an Indy car this isn’t a story.

Something, such as that would go a long way to managing expectations. Rather than people starting in about IMS moving the start time earlier (it should be moved back later in the day for television purposes), or the constant “will he, won’t he" charade often embellished by the aforementioned I-465 Media Fiefdom, IMS would be wise to let everyone know the following: they are open to such participation but need more than a casual, off-the-cuff comment to make it happen.

Don’t look now, but I’m guessing the gap between teams has increased this off-season

You might remember that through the first 10 races of 2013, Team Penske and Chip Ganassi Racing, combined for a total of one race win. While Andretti Autosport scored 5 victories, A.J. Foyt Racing, Dale Coyne Racing, KV Racing Technology, and Schmidt Peterson Motorsports all found victory lane, as parity seemed to reign.

But keep in mind. Over the last 9 races, Ganassi won 5 times, Penske three times, and SPM once. The parity of early 2013 was a thing of the past.

Yes, Ganassi had the wrinkle of Dario Franchitti retiring, but Ryan Briscoe has already tested with the team, and newcomer Tony Kanaan ran in the Rolex 24 Hours of Daytona with Scott Dixon. Meanwhile, with the exception of SPM, the teams on the outside looking in, either are still working on finalizing their programs, have done limited testing, or both. And I imagine the incredibly unpredictable start we saw in 2013, will not be repeated in 2014.

IndyCar has a golden opportunity to market itself and its non-contrived championship, in the wake of NASCAR’s revised Chase-playoff-Game 7-whatever-it-is format, and F1’s goofy double-points finale.

This might be an odd interpretation. But I read Mark Glendenning’s report on RACER regarding Chevrolet wanting to add entries, as indication that de Silvestro could have stayed in IndyCar if she wanted.

Speaking of The Bowtie Brigade, early evidence suggests they will have the edge over Honda to start the 2014 season. The fact Honda is switching from a single to twin turbo, probably makes such thinking logical. Still, anyone who thinks Honda will not respond to the challenge, particularly in light of their somewhat acrimonious divorce from Chip Ganassi Racing last season, doesn’t know anything about Honda.