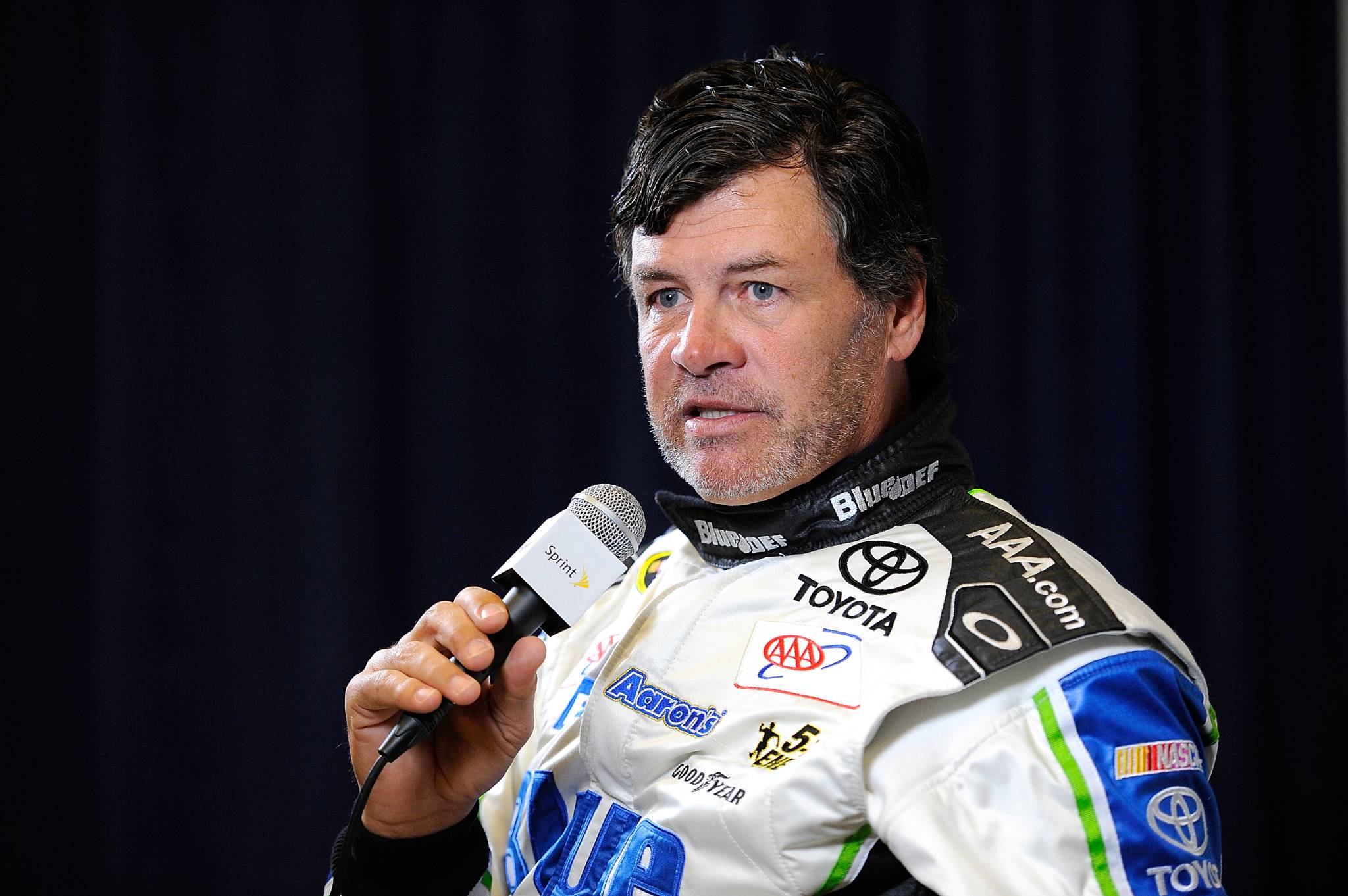 The 32nd annual NASCAR Sprint Media Tour hosted by Charlotte Motor Speedway concluded on Thursday, bringing to a close the annual four-day event bringing together journalist from across the country as NASCAR gears up for the start of the 2014 racing season.

Closing out the final day of the tour this year was a pair of Toyota’s flagship teams – Michael Waltrip Racing and Joe Gibbs Racing.

Michael Waltrip Racing returns in 2014 as a two-car team, dropping the no. 56 after losing primary sponsor NAPA after allegations of poor sportsmanship in the final race leading up to the Chase for the Sprint Cup last September.

It was late-race spin by Clint Bowyer in that final race that prompted an investigation by NASCAR that MWR tried to effect the outcome of the race to allow MWR driver Martin Truex, Jr. to make the Chase.

The end result was Truex getting booted from the Chase field, a five-month suspension for MWR executive Ty Norris, a NASCAR-record $300,000 fine and a 50-point penalty.

Truex bolted in the offseason, while MWR consolidated and moved their no. 55 operation up to full-time with driver Brian Vickers.

With 2014 looming, the team is finally poised to put all the scandal of the Chase behind them.

“You’re only as good as your last race," said Bowyer. “For me, we ended seventh (in points) and with my team and the tools that we have, that’s not acceptable. I didn’t finish the way I wanted to. We had a great season in 2012 and I didn’t perform to the level that I feel like I’m capable of, and more importantly our team is capable of, so really looking forward to getting that started over.

“At the end of the season, you’re just burned out….It always feels good to hit the reset button."

For Vickers, 2014 will mark his second full season back in Sprint Cup since a serious health scare with blood clots put him on the sidelines for most of the 2010 season. Vickers joined MWR in 2012 running a limited schedule and again in 2013, where he scored the first victory for the no. 55 team, winning at New Hampshire.

Vickers was again sidelined late in the season for blood clots, but has been cleared by his doctors to return to racing, starting with the season-opening Daytona 500.

“I'm cleared. I'm ready, off blood thinners. I've never been more ready in my entire life to get back in a race car," said Vickers. I did my standard NASCAR physical yesterday, so I still have to get all the paperwork in and get all that done, but from a medical stand point, the doctors say I’m good to go.

“I’ve missed being in a race car for the past three months, for sure. The clots presented a big problem, but also a little bit of an opportunity to take some time off, which was nice. I’m ready to go. This week, I’m like, ‘Okay, it’s time to go.’"

The final team visit on the media tour was Joe Gibbs Racing and their all-star driver lineup of Matt Kenseth, Kyle Busch and Denny Hamlin.

Of all the drivers in Sprint Cup looking to prove themselves, Kenseth truly stepped up to the plate in 2013. After coming to JGR from Roush Fenway following the 2012 season, Kenseth was out to prove he was still a championship contender – and he proved it on the racetrack, leading the Sprint Cup Series with five wins to enter the Chase as the top seed.

Throughout the Chase, Hamlin duked it out with Johnson for the title, but a 23rd-place finish at the penultimate Chase race at Phoenix gave Johnson the cushion to claim the title.

“Our whole season, I was really proud of – our last 10 (races) was a really good last 10," said Kenseth. “Honestly, there were a couple of races where it could have been a little better, but we never had any real big problems, mechanical failures, wrecks, anything like that. Our worst finish out of those 10 races wasn’t even that — obviously it wasn’t good enough, but it wasn’t devastating. They (Jimmie Johnson) just had a better 10 weeks."

Denny Hamlin hopes to return to form after missing out on the Chase in 2014 due to a back injury that sidelined him for six weeks, relegating him to a 23rd-place showing in the points standings – the lowest finish of his career.

Watching from the sidelines helped strengthen Hamlin’s own mental toughness and gave him a new appreciation for what he does and the challenges that go with it.

“When you have the opportunity to sit back and watch a few races and not be a part of it when you know you’re able to mentally, it makes it tough to go out there and watch an event and not be a part of it when you’re injured," said Hamlin. “It’s something that no driver wants to have to go through, but for me I think it was kind of a game-changer in my outlook and attitude towards being a Sprint Cup driver and obviously it made me appreciate in my own mind what I get to do every week.

“You’ll probably find me griping a little bit less now that this happened. You just learn to appreciate the job you had and what it took to get here and you hope that you never have to go through that again. It’s in the past and just going to have to move on."

Kyle Busch one again was a man on a mission in 2013, competing in all three of NASCAR’s major touring series and collecting 21 wins. Busch qualified for the Chase after missing the show the previous season, but that first Sprint Cup title still eluded him after finishing fourth in the points.

Expect more of the same from Busch in 2014 – more starts in the Nationwide and Truck series, and hopefully a Sprint Cup championship.

“I feel like running the Nationwide and the Truck and helps me and gives me a better opportunity to be better on Sundays," said Busch. “There are drivers out there – there are the Jeff Gordon’s, the Jimmie Johnson’s – that run way better just running one. I’m not one of those guys.

“I may still not win as much as say Jimmie Johnson or even Matt Kenseth who don’t run as much, but to me I just feel like I’m better ready for Sunday than I would be just not racing those races. I think last year and every year except 2012 not running as many helps me and gives me a better opportunity to be ready to go come Sunday."