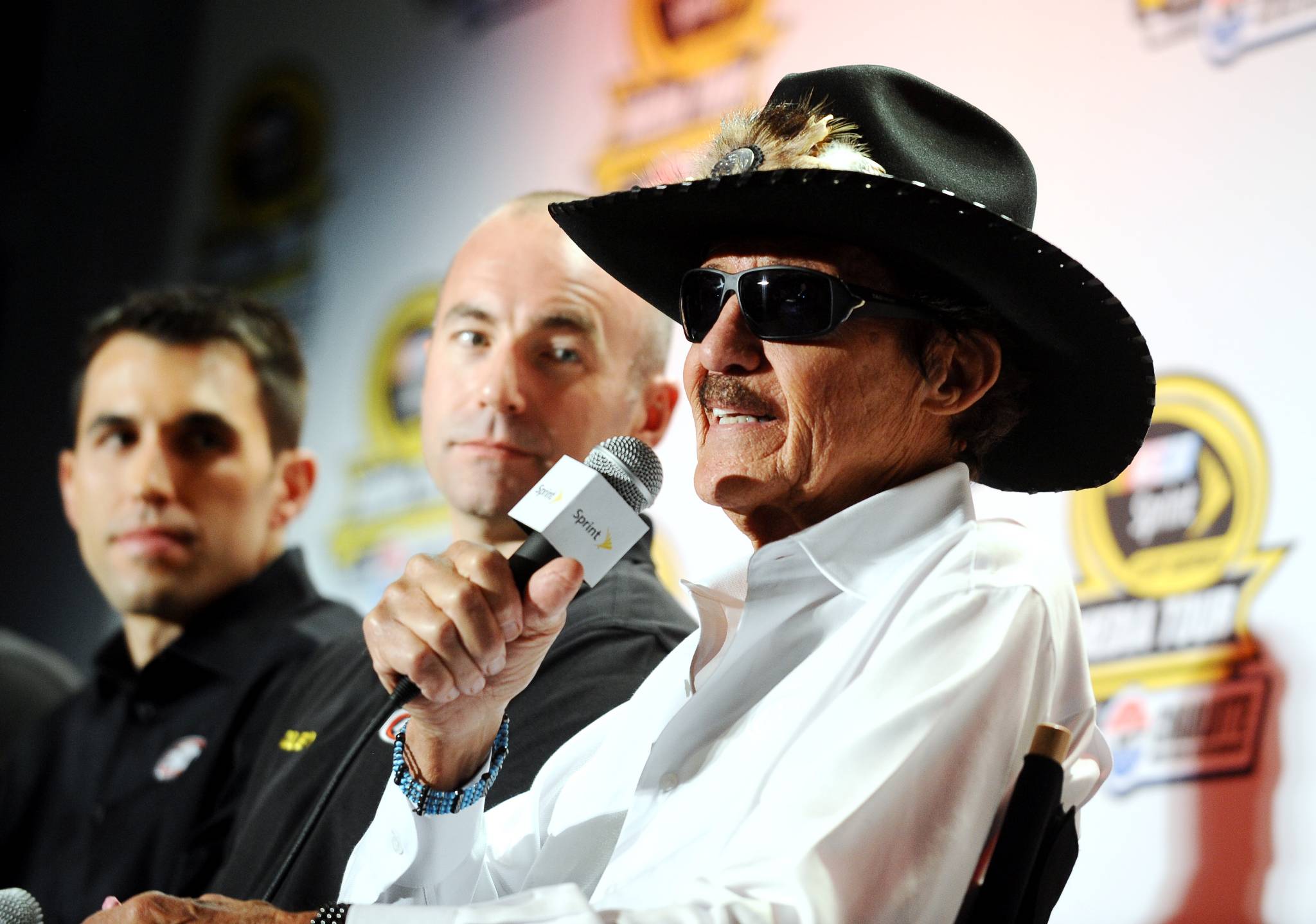 The 32nd annual NASCAR Sprint Media Tour hosted by Charlotte Motor Speedway rolled on Wednesday with the third of four days of media events at announcements as NASCAR’s top teams gear up for the start of the 2014 Sprint Cup season just three weeks away.

Ford Racing took center stage on day three of the media tour, bringing their full contingent to the Charlotte Convention Center and leading off with their stalwart team, Roush Fenway Racing.

2013 saw Roush Fenway Racing come up short in the championship battle yet again, putting two entries in the field for the Chase for the Sprint Cup while tallying three wins, but neither Greg Biffle nor Carl Edwards made much of an impact in the Chase, finishing ninth and 13th respectively.

For Edwards it was especially deflating, after spending nearly all the second half of the regular season in the top five points, only to free-fall out of the top ten after finishing 35th in the third race in the Chase at Dover.

“The first part of the year was very successful, we won a couple of races, we led the points for the first 26 races, but the Chase was a disaster for us," said Edwards. “Nobody wants to go from leading the points to finishing last in the Chase. You learn more from your failures than you do from your successes, and we learned you can’t make any mistakes – we had a loose wheel at Dover, a blown engine at Texas, we ran out of fuel at Phoenix. At all of those races, we could have run really well, and we basically gave three of ten races away. It’s was just a reminder that you have to be prefect."

While the team stepped up their game on the short tracks in 2013 – with Edwards winning at Phoenix and Richmond, the team struggled on the intermediate tracks, including Edwards’ 37th-place showing at Texas during the Chase.

Biffle believes in order to win, the team needs to get its mojo back on the mile-and-a-half tracks.

“We needed to pick up our short track program, we knew that was a weak spot – Martinsville, Richmond, Louden – we did that in 2013. The problem is, we lost our stranglehold on the intermediate tracks. I wasn’t real happy about the trade – there’s more intermediate tracks than there are short tracks. Which was real frustrating, because when that’s your bread and butter…it caught us off guard.

“We didn’t lose on focus on intermediates, we just lost our edge somewhere, so we’re looking to get that back. That’s our focus this year – to get a little bit more competitive on those intermediate tracks."

Richard Petty Motorsports was next up on the stage with their returning driver stable of Marcos Ambrose and Aric Almirola joining team owner Richard Petty.

After struggling for nearly two years to rebuild a team that bears his legendary family name, Petty has finally gotten his team back on secure financial footing with a full plate of sponsors for the 2014 season, allowing the team to make some strides into getting back into victory lane.

“I don’t know that our year last year was that much better than the year before, but it was a lot more stable and that’s what we’re trying to do now with our new sponsorships coming on," said Petty. “We’re probably in the best shape we’ve been in the last three or four years.

“Some (sponsors) stepped up, which makes us feel like we were doing the right thing. Now we’ve been able to go into more of an engineering department and do a little bit more R&D on our own from where we’ve been at."

Ambrose enters his fourth year with RPM, and is currently the last driver to take Petty to victory lane at Watkins Glen in 2012, and has been around long enough to see first-hand the changes that been happening with the team, hopefully for the better.

“I’ve seen over the last 12 months the commercial success RPM has had has really reinvigorated our race team," said Ambrose. “We’ve added a lot of human resources to our program for 2014. We’ve created an R&D program. That’s the first time that’s happened since I’ve been at Richard Petty Motorsports. We’re thrilled to have more people working on our race program, both from a commercial perspective and also inside our race team. At the end of the day, we’re all racing to go out there to win and we want to put Richard Petty back in victory lane."

Among the other Ford teams represented on Wednesday were Front Row Motorsports – who return with three teams in 2014 led by drivers David Ragan and David Gilliland – and the famous Wood Brothers Racing team, who will against field an entry for driver Trevor Bayne in a limited 12-race schedule.

Front Row Motorsports announced that the team would field a car for driver Eric McClure in the Daytona 500 with sponsorship from Hefty. The deal is currently only for the 500, with the team looking to run additional races with different drivers, while McClure will continue to compete in the Nationwide Series for TriStar Motorsports.

Finishing out the third day of the tour was Penske Racing, competing in 2014 under the banner of Team Penske.

One year ago, Penske was still riding the waves of their first Sprint Cup title and driver Brad Keselowski was looking forward to making it two in a row for team owner Roger Penske.

What a difference a year makes.

2013 was anything but the season Penske and Keselowski had in mind, winning just one race and finishing well outside of the Chase field in 14th, washing out any hope of a repeat championship.

For 2014, the team is now “re-loaded", as Keselowski put it, bringing in some new pit crew members to help solve some of the problems that plagued them on the track last season.

“We’ve made some changes behind the scenes," said Keselowski. “We re-vamped our pit crew – I think that was a weak spot for us for sure. It seemed like at any given point during the year, we were this close, but not there. I think in eight of the ten case races we were right where we needed to be in order to compete, but obviously we didn’t make the chase. We had too many mechanical failures, and we’ve certainly addressed those, we had too many issues on pit road and I had too many issues behind the wheel. You remove any one of them and we’re right where we need to be in order to contend for a championship again.

“Our goal is to win a championship and anything short of that is a disappointment, and I expect to be able to compete for that."

In addition to Keselowski and Logano, Team Penske also returns with Ryan Blaney behind the wheel of their Nationwide Series team, adding some more youthful exuberance that team owner Roger Penske hopes will be an asset to the team in 2014.

“I think as I look at 2014, you talked about consistency and you talked about continuity and I think that’s key from the standpoint of our team," said Penske. “When I think of our drivers I think about youth. If you take our two Cup drivers the average age is 26 years old, and then you put Ryan Blaney in there it’s 24 years old, so I think we’re looking at continuity and certainly these drivers have the ability to win. They’re winners today already. They won in their series in 2013 and we expect a lot in 2014.

“We’re here talking about NASCAR and obviously it’s to win the championship, so our goal is to be at that head table in Las Vegas in 2014."