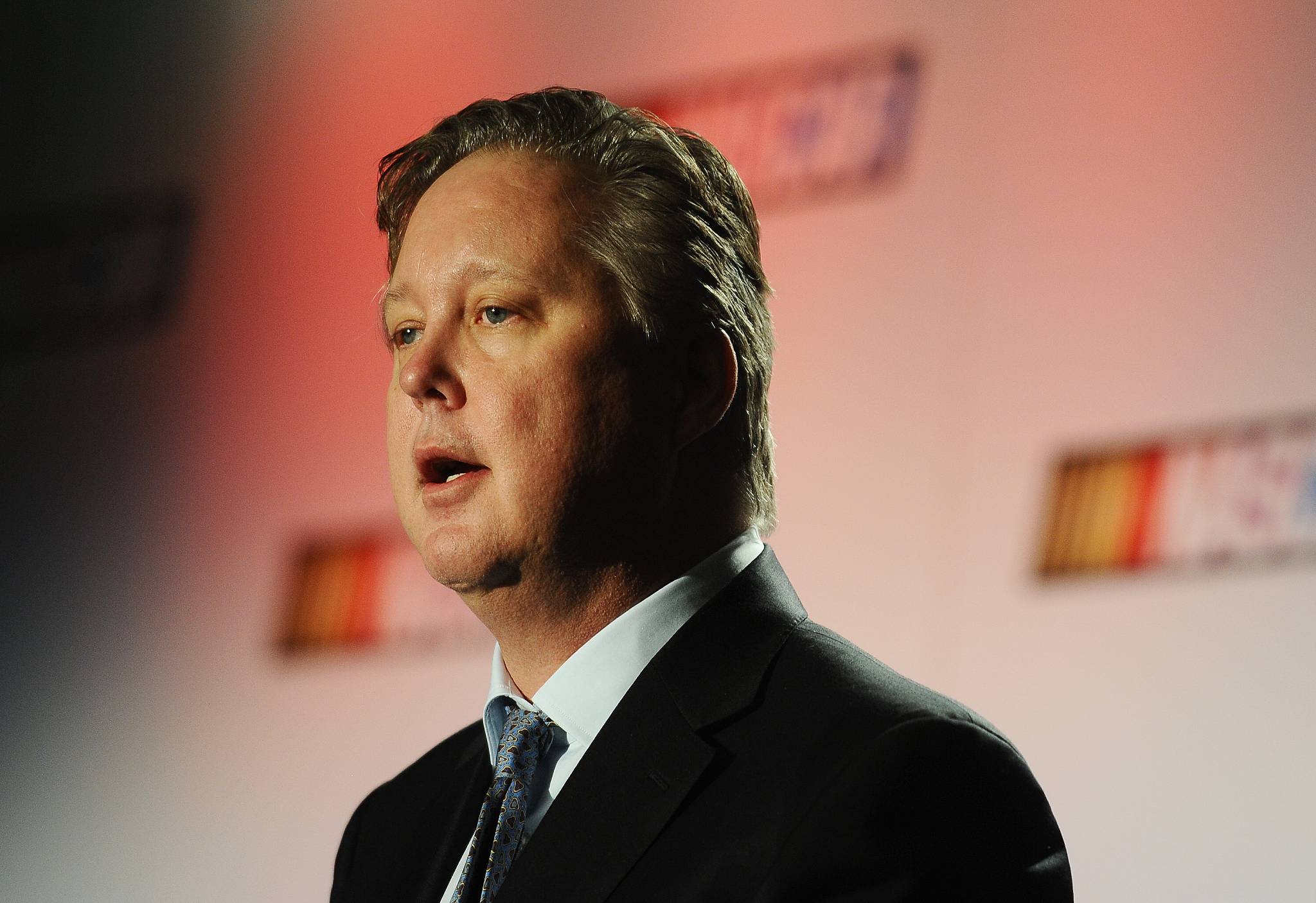 NASCAR has announced sweeping changes to it championship points system, including a major change to its 10-race Chase for the Sprint Cup playoff system that the sanctioning body hopes will produce a thrilling season-ending finish to the 2014 NASCAR Sprint Cup season.

The announced changes were among the many topics addressed by NASCAR Chairman and CEO Brian France at his annual “State of the Sport" address on Thursday at the Charlotte Convention Center at the conclusion of the annual Sprint Media Tour.

Details of the new Chase for the NASCAR Sprint Cup Series format include:

“For more than three years we've been contemplating ways to elevate the entire NASCAR Sprint Cup Series Championship format…" said France. “We've looked at a number of concepts through fan research, models and simulations and also maintained extensive dialogue with our drivers, teams, tracks, and all of our partners.

“We now have arrived at a format that makes every race matter more. It will promote compelling competition for wins all season long. Ultimately, it will reward a very worthy champion at the end of each season, with the best of the best winner-take-all showdown."

For the 2014 season, the Chase for the Sprint Cup field will increase from 12 drivers to 16, and will feature a three-round, elimination-style grid, culminating a final winner-take-all race between the top four contenders at the season-finale at Homestead-Miami Speedway on Nov. 16.

.Qualifying for the Chase for will place an emphasis on winning, with a victory in the first 26 races – the “regular season" – guaranteeing a berth in the 10-race Chase. If there are fewer than 16 different winners in the first 26 races, the remaining spots will go to the winless drivers highest in points.

Once the field for the Chase has been set, there would be eliminations after the third, sixth and ninth races, ultimately whittling the field of championship contenders from 16 to four going into the final race of the season.

The Chase would consist of four rounds, called the Challenger, Contender, Eliminator and Championship rounds. At the conclusion of each round, the bottom four drivers in points would be eliminated, and the drivers moving to the next round would have their points reset, essentially wiping the slate clean for the next round.

In each round, a win by any of the Chase drivers would automatically advance them to the next round.

The Championship Round would take place at the season-final event at Homestead-Miami Speedway, where the final four drivers will compete in the event with the 2014 Sprint Cup Championship going whichever one of the four crosses the finish line first. Winner take all.

The changes, which had been rumored for weeks, were specifically geared toward placing the emphasis on winning and less on points racing, which France said was confusing for the fans and not what they pay to see at the racetrack.

“This new format rewards winning," said France. “It elevates the importance of every race across the entire schedule. It ultimately rewards those drivers and teams who perform at the highest level when the championship is on the line.

“The new Chase will be thrilling, easy to understand, and help drive our sports competition to a whole new level."

NASCAR first introduced the Chase for the Sprint Cup format in 2004, following several seasons of runaway championship runs that saw the title being clinched long before the final race of the season. The system has already undergone several tweaks in the last 10 years, including increasing the field to 12 drivers in 2007 and in 20011 adding “wild card" positions in the Chase field based on number of wins.

NASCAR’s intention in creating the Chase was to try and capture a “playoff" post-season atmosphere similar to traditional stick-and-ball sports, hoping the increased competition would lead to a better production the race track and, in turn, better TV ratings and higher ticket sales.

The new format announced Thursday has raised scrutiny that is was created solely in response to Jimmie Johnson and Hendrick Motorsports stranglehold in the championship battle, which Johnson has won six times – all of them under the previous Chase format.

Under this new system, Johnson himself would have only won three titles, with Dale Earnhardt, Jr. coming out as the 2013 champion. Greg Biffle, Kevin Harvick, Denny Hamlin and Kyle Busch also would have won titles over the last ten years.

Since its inception, the Chase hasn’t been popular with purists, who widely panned France’s tinkering with a points system that had been in place since the 1970’s.

France himself addressed these concerns at this same event back in 2008, saying the sport needed to get back to appealing to its “core fans", and re-connecting fans with the sports grass roots.

With this new system, France insists they listened to their fans, and this is what the fans asked for.

“We have millions of fans and we have some very loud and passionate fans, especially when we change anything. We understand that," said France. “The vast majority of the fans that we communicated with, and I think we're the best in sports in staying close to our fan base, really love this. They love it because they really don't like points racing.

“The avid fans like it because they don't particularly care for points racing, even though they understand it. The casual fans don't understand points racing, and they don't even understand when we go into Richmond often, with all the mathematicals, you've got to have a computer next to you to figure out who is in and who is out at a given moment. Clears all that off and then emphasizes winning, which everybody understands."