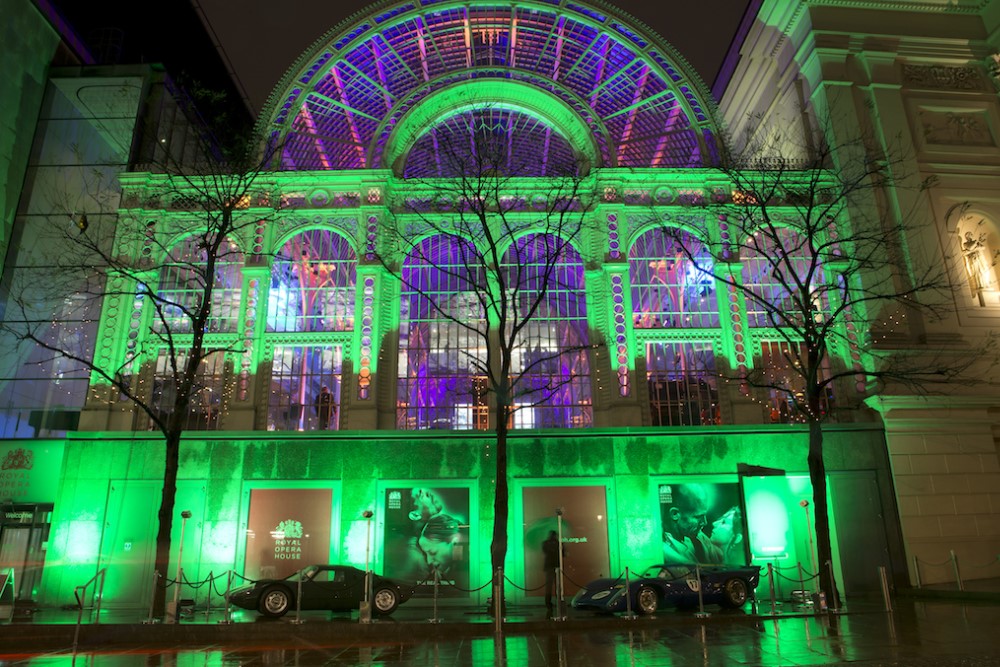 Now in its fifth year, the Hall of Fame annually unites a veritable who’s who from the world of motor racing. World champions and race-winners from far and wide attended the glittering 2014 edition as the achievements of great drivers, riders and engineers were acknowledged and honored in suitably auspicious surroundings in the heart of fashionable Covent Garden.

The Motor Sport Hall of Fame is one of the most exclusive and illustrious clubs in motor racing, with eight founding members and 17 more subsequently joining that elite list. Four more names were added to the roll call of automotive heroes tonight (29 January 2014) – Formula 1 World Champions Prost and Hunt, Isle of Man TT legend McGuinness and engineering genius Brawn, one of the key architects of Michael Schumacher and Jenson Button’s title glories.

Brawn, indeed, was the mastermind behind no fewer than 16 F1 world crowns and all-bar three of Schumacher’s 91 grand prix victories. The Englishman was presented with his award by former Le Mans 24 Hours winner and current British Racing Drivers’ Club President Derek Warwick.

“I feel deeply honored to receive this award," said Brawn. “Obviously my career is very closely entwined with that of Michael [Schumacher]. He and I grew up together in some respects. We could lean on each other and rely on each other, and I think ultimately, our skills complemented each other.

“The season as Brawn GP was very special due to the circumstances that surrounded it and the desperate lows we all went through as a team. None of us knew over the winter months what the future was, but we all stuck together and worked hard to keep the hope alive. Gradually we realized we could survive, then that we had a good car and finally that we could actually win the World Championship. Doing so was the pinnacle of my career."

Next up was 1976 F1 World Champion Hunt, whose high-octane life and career and irrepressible personality transcended the realms of the motor racing world and earned him celebrity status all around the globe. Hunt’s famous title duel with arch-rival and fellow Hall of Fame member Niki Lauda was last year immortalized in the BAFTA-nominated blockbuster movie Rush.

“This is a huge honor, and I’m sure dad would have absolutely loved it," said Tom Hunt, who collected his late father’s award from former British Grand Prix winner Johnny Herbert. “He was a very unique person, and for the family, it is very special to see him being held up alongside some truly great names. It’s lovely to be accepting the award on his behalf; I’m sorry he could not be here to accept it himself, but I’m sure we’ll celebrate in fitting style!"

The third of the 2014 inductees was McGuinness, a folk hero amongst two-wheel fans for his extraordinary 20 triumphs in the flat-out and fearsome Isle of Man TT race. The lap record-holder around the Manx circuit, the 41-year-old becomes the third Hall of Fame motorcyclist, and collected his accolade from fellow member John Surtees, the only man ever to win the world title on both two wheels and four.

“I can’t believe it!" said the man dubbed ‘the Morecambe Missile’. “It’s been an amazing journey. I was first put on a motorbike when I was three-years-old by my dad, and I’ve come a long way since then. To see my name up there with so many greats of our sport is just a massive honor.

“Competing in the TT is such a thrill; just to ride it is exhilarating in itself, and to win there is really special – when you hear your national anthem playing, it’s something incredible. I never honestly thought I would be standing here with 20 wins; if I get one or two more, that would obviously be fantastic, but if I don’t then I’ve still had a great career, and it certainly won’t be through any lack of trying!"

The final trophy was awarded to four-time F1 World Champion Prost, whose 51 grand prix wins, 41 fastest laps and 33 pole positions make him one of the most successful competitors in the history of the sport. The Frenchman was heralded for his outstanding record by son Nicolas – an accomplished racer in his own right – and Motor Sport’s revered editor-in-chief, Nigel Roebuck.

“When I started out, I actually wanted to be a football player," revealed Prost, whose intelligence behind the wheel earned him the nickname ‘The Professor’. “I wasn’t interested in motor racing at all, but then I broke my wrist and because I couldn’t play football, I had a go in a kart.

“I’d say my 1986 title was the most satisfying of the four, because although we maybe didn’t have the best car, we never stopped pushing and we benefitted from fantastic teamwork. When you accomplish something that you perhaps shouldn’t, it’s extremely rewarding. I’m very proud of what I achieved.

“I think the competition I faced in that era made me a better driver, although I only really realized the significance of my rivalry with Ayrton [Senna] after I retired. Our battles really benefitted F1 and drove it to another, more human level. We had different characters, a different way of driving and a different approach to the sport, but after I stopped racing, I understood the way Ayrton was a lot more clearly and I need to thank him, because my success is 50 per cent down to him."

The evening concluded with a special F1 auction in aid of the Grand Prix Mechanics Charitable Trust. Hosted by RM Auctions, six lots of autographed, ‘money-can’t-buy’ grand prix memorabilia went under the hammer to raise vital funds for the sport’s unsung heroes, without whose unwavering efforts the likes of Brawn, Hunt, McGuinness and Prost would by their own admission not have enjoyed the degree of success they did.

“The fifth Motor Sport Hall of Fame was another outstanding event, bringing together the great and the good of our wonderful sport and celebrating the achievements of four true racing legends," said Damien Smith, editor of Motor Sport magazine.

“On top of that, to raise as much money as we did for the Grand Prix Mechanics Charitable Trust was phenomenal and means we can give something back to people who have themselves given the sport so much. What a fantastic way to begin Motor Sport magazine’s 90th birthday year!"

The ceremony was compeered by Sky Sports F1 presenter Simon Lazenby. Highlights will be exclusively shown on the award-winning broadcaster’s dedicated F1 channel at 20:30hrs on Friday 31 January 2014 and will be repeated throughout the following week, entitled ‘Motor Sport Magazine Hall of Fame Awards’.